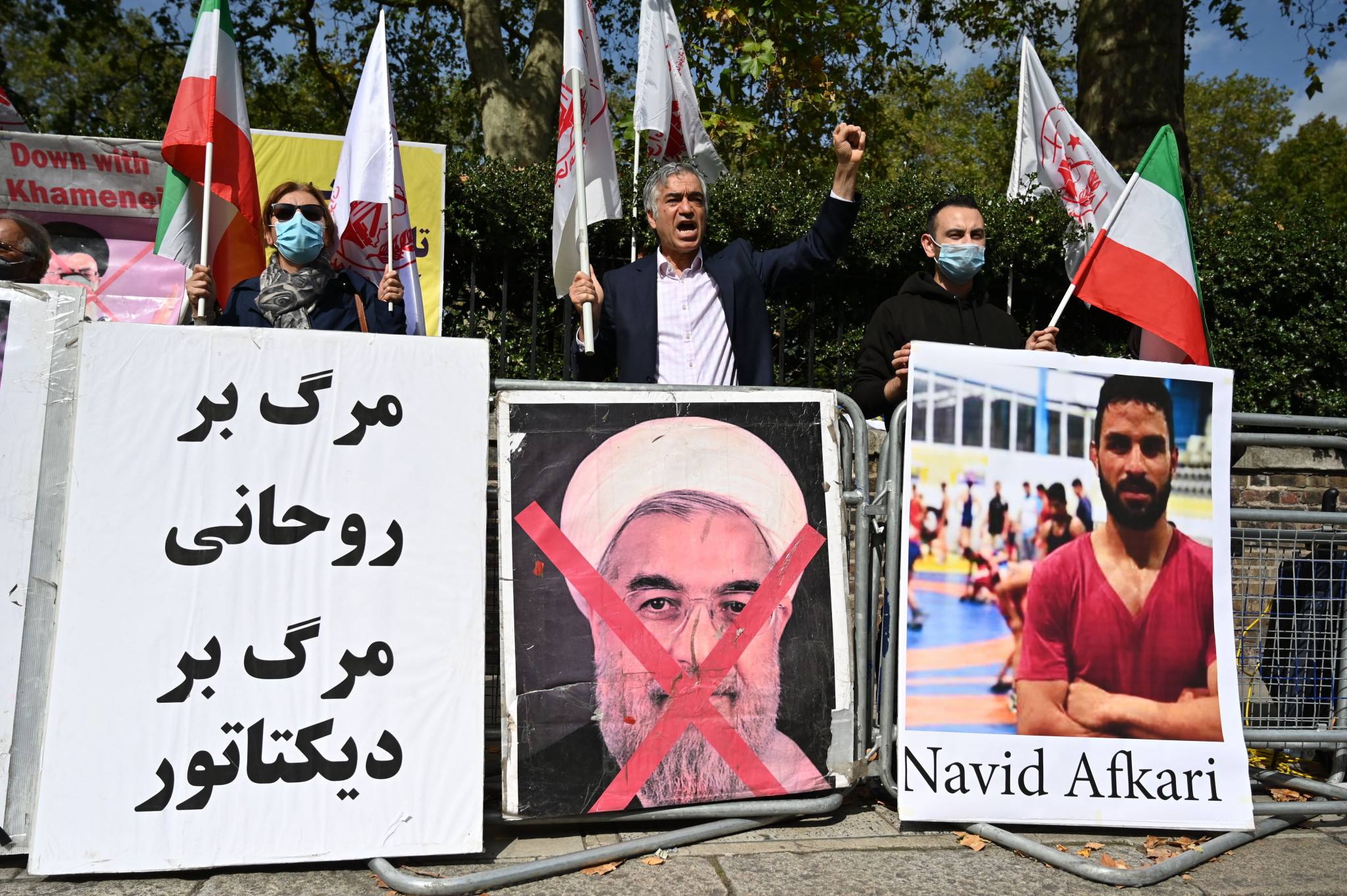 Afkari had been given two death sentences for allegedly stabbing a security guard to death and his involvement in demonstrations against the country's regime in 2018.

Afkari had claimed he was tortured into making a false confession.

Human rights groups and activists believe he was unjustly targeted by the Iranian authorities to intimidate others who might choose to participate in peaceful protests.

"We were deeply shocked by the execution of Navid Afkari,” a tweet read.

"It is not acceptable that basic legal rights are ignored in order to silence opposing voices."

"The Director General of Europe of the Ministry of Foreign Affairs considered the unconventional diplomatic action of the German Embassy in Tehran as interference in the internal affairs of our country and strongly condemned it," the Foreign Ministry said.

"The Director General of Europe stated that interference in the laws, regulations and judicial procedures of the independent Republic of Iran is not acceptable and tolerable and the German Embassy is expected to recognise the limits of its diplomatic duties and not go beyond them."

Iran’s Foreign Ministry added the German Ambassador said he would notify his country of their complaint.

Iran has faced mounting international criticism following the execution, with the European Union today saying it "condemns this execution in the strongest terms."

Iran: ?? condemns the execution of Navid Afkari in the strongest terms. Human rights remain a central feature in EU's engagement with ??, also on individual cases such as this one. #DeathPenalty is cruel inhuman punishment which fails to act as deterrent. https://t.co/XrE99iJHea

"We will continue to engage with Iranian authorities on this issue including through the local EU representation in Tehran and also on individual cases such as this recent execution.

"The European Union is opposed to the death penalty under all circumstances and cases with no exception.

"It is a cruel and inhumane punishment, which fails to act as a deterrent and represents an unacceptable denial of human dignity and integrity."

The execution of Afkari has led to calls for sporting sanctions to be imposed on Iran.

The UWW was scheduled to hold the first day of its Executive Council meeting today.

insidethegames has contacted UWW for a comment on the Afkari situation.