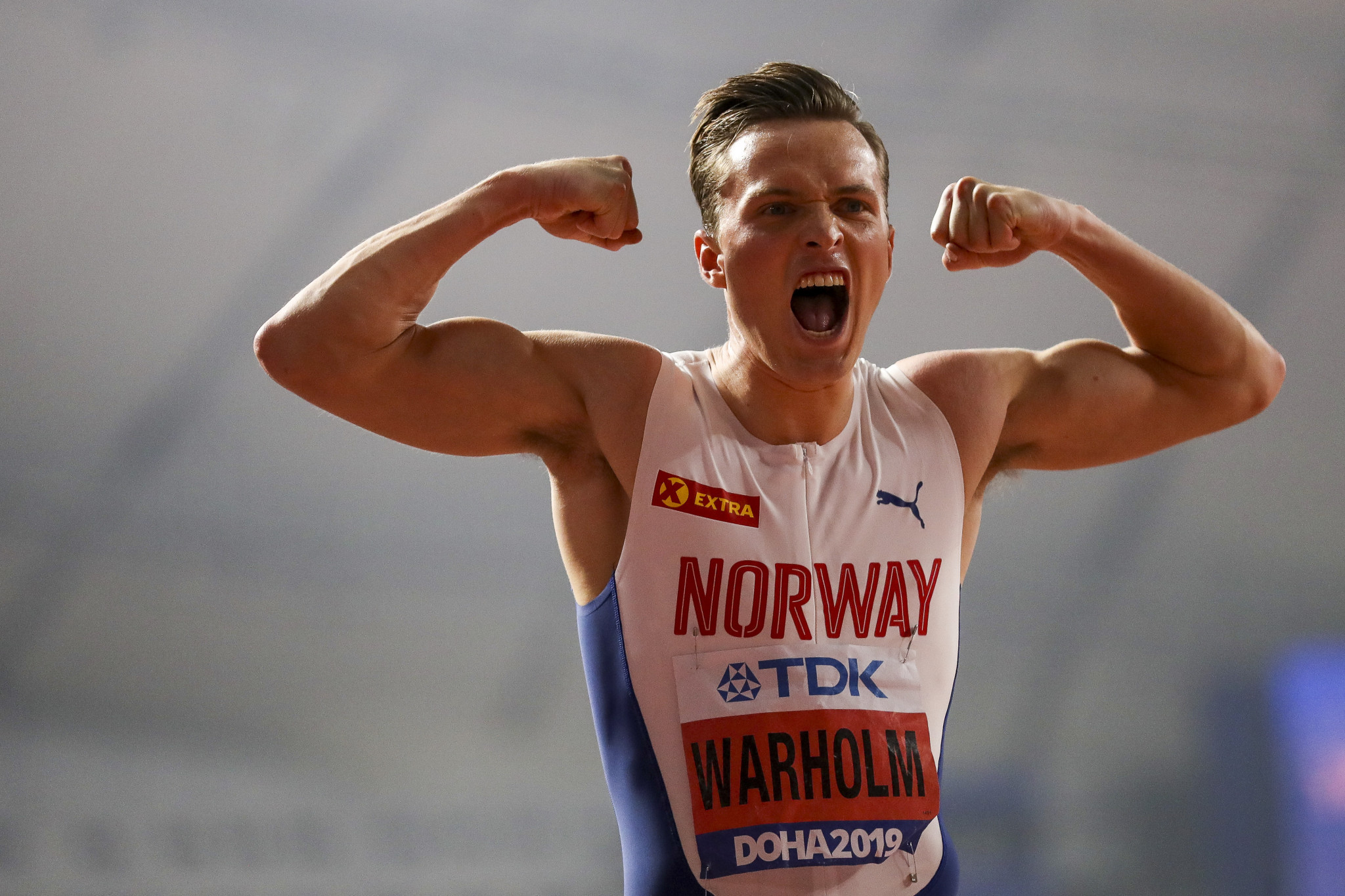 Tomorrow's penultimate Diamond League meeting of the season in Rome's Stadio Olimpico offers Armand Duplantis and Karsten Warholm one of their last likely opportunities in 2020 of attaining the new world record marks to which they have come so tantalisingly close in recent months.

Duplantis, who raised the world pole vault record to 6.17 and then 6.18 metres earlier this year at indoor meetings in Toruń and Glasgow, has since had a total of 13 attempts, spanning five meetings, to clear 6.15m in the open air.

That would be the highest ever jump outdoors, surpassing the 6.14m achieved by Sergey Bubka in 1994.

If the 20-year-old US-based Swede has need of competition to propel him to such heights it will be offered in the form of France's 33-year-old former world record holder Renaud Lavillenie, who cleared a season's best of 5.80m to win the French title last weekend.

Harry Coppell, who vaulted 5.85m to win the British title earlier this month, and the rising talent of Ernest Obiena of The Philippines, who had a breakthrough victory at the Continental Tour Gold meeting in Ostrava last week, will also be challengers.

Had he not hit the final hurdle during his run at the Diamond League meeting in Stockholm last month, that record may have been his.

As it was his reward was a personal best of 46.87, and since then he has maintained an awesome sequence of winning times.

"Those higher bars are getting easier"

The most recent of these came on Sunday (September 13) in Berlin, where despite swirling wind at the ISTAF Continental Tour Silver meeting he clocked 47.08.

Despite the best efforts of the organisers of an event that was originally scheduled to take place earlier this year in Naples while the Stadio Olimpico underwent building work – before the COVID-19 pandemic intervened – no spectators will be allowed because of health restrictions.

The Golden Gala Pietro Mennea will see the return of Jamaica's Rio 2016 100 and 200m champion Elaine Thompson-Herah to international competition this year.

Her closest rival is likely to be Switzerland's Ajla Del Ponte, who has run 11.08 this year.

In the men's 100m, home eyes will be on 22-year-old Filippo Tortu, who holds the Italian record of 9.99 and clocked 10.07 at yesterday's meeting in Bellinzona, Switzerland.

"Hopefully there will be some great times"@lauramuiruns is racing the 800m for the first time at the Stadio Olimpico tomorrow. #RomeDL pic.twitter.com/M6Lxkq4krq

Also in the mix will be Australia's Stewart McSweyn, who finished 30m clear of the field in winning yesterday’s 1500m at the Continental Tour Gold meeting in Zagreb in 3:32.17.

Ukrainians Yaroslava Mahuchikh and Yuliya Levchenko, the only women to have cleared 2.00 metres in the high jump this season, will resume their domestic battle in company with Australia's Nicola McDermott, who set a personal best of 1.98m last month.

The final Diamond League meeting of the season is scheduled to take place on September 25 in Doha's Khalifa Stadium, which hosted last year's World Championships.