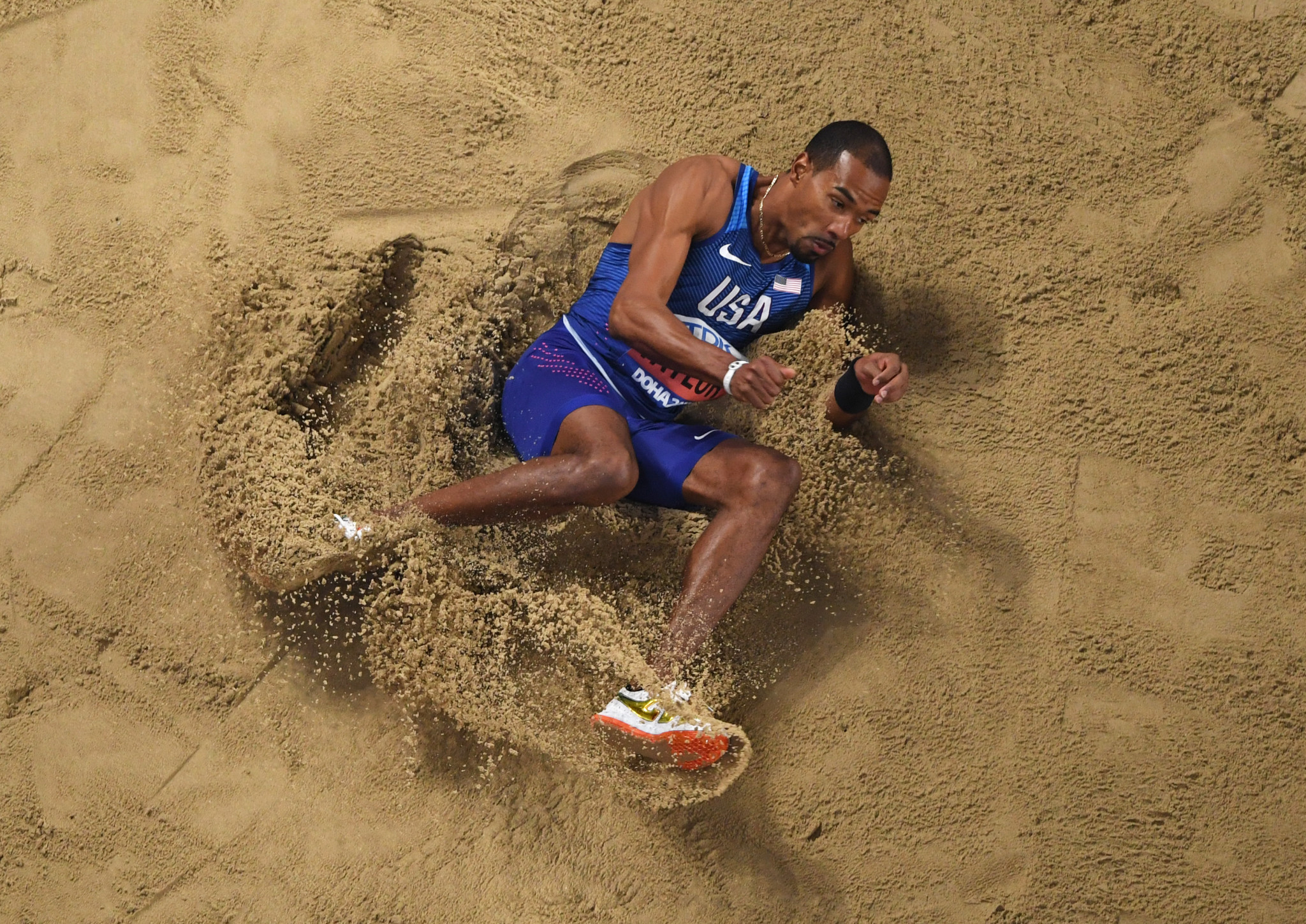 While Karsten Warholm and Ryan Crouser fell a little short of the world records they had been targeting at the Golden Spike meeting in Ostrava, an evening of compelling competition was highlighted by momentous struggles in the men’s triple jump and 5000 metres events.

In the former event, Hugues Fabrice Zango, the coming man in the triple jump, became the latest jumper to experience the chill factor that is the world and Olympic champion, Christian Taylor.

Now 30, with two Olympic and four world titles to his credit, this amiable American is still demonstrating a ferocious refusal to accept defeat.

After Zango had established a lead in the latest stop on the World Athletics Continental Tour Gold programme with a second-round effort of 17.42 metres - just a centimetre short of his own 2020 world-leading mark - it looked increasingly as if a stellar field would fail to respond.

That effort of 17.43m earned Zango, who won world bronze for Burkina Faso last year, victory over Taylor in the World Tour Gold meeting at Szekesfehervar in Hungary, the first major event of the season for the American.

Last round magic from @Taylored2jump ✨.

He pulls out a world leading 17.46m to win over Hugues Fabrice Zango (17.42m).#ContinentalTourGold pic.twitter.com/T7WBXQpwXV

But on this occasion Taylor did what he has done so often before and produced a final effort which dispirited and deflated all rivals - here, a new 2020 world-leading mark of 17.46m did the damage.

In the penultimate event on the programme, two of the finest young long-distance runners in the world battled it out over 5000 metres, with victory in the end going to Uganda’s 19-year-old Jacob Kiplimo in a personal best of 12 minutes 48.63sec, with Ethiopia’s 20-year-old world silver medallist Selemon Barega a stride behind in 12:49.08.

Those performances now stand at third and fourth place respectively in the 2020 world list headed by Kiplimo’s 23-year-old compatriot Joshua Cheptegei, who set a world record of 12:35.36 in Monaco last month.

Kiplimo’s effort, after he had appeared to flag midway through the race, was one of several meeting records on the night.

Another 19-year-old, Norway’s European 1500 metres champion Jakob Ingebrigtsen, won over his main distance with ease in 3:33.92, having made a late decision to run.

Rio 2016 shot put champion Crouser, who has produced one foul and 11 throws over 22 metres in his last two competitions, with no other thrower managing even one 22m-plus effort this year, carried on where he left off tonight, winning in a meeting record of 22.43m.

Poland’s European champion Michal Haratyk was second with a best of 21.65m, with Italy’s Leonardo Fabbri third on 21.27m.

Earlier in the evening Warholm, who has edged ever closer to the 28-year-old world 400 metres hurdles record of 46.78 seconds in the space of the last year, had to settle for a time of 47.62 - clearly a disappointment for all that it was a meeting record.

Norway’s 24-year-old double world champion had come within a fraction of the record just over a fortnight earlier at the World Athletics Wanda Diamond League meeting in Stockholm, clocking 46.87, the second-fastest time ever run, despite hitting the last hurdle - just as Kevin Young of the United States did in setting the record while winning Olympic gold at the Barcelona 1992 Games.

"I saw that Kevin Young hit the last hurdle in his world record race so I thought I would try the same," the European and double world champion recalled earlier in the day with characteristic deadpan humour.

"But it didn't work out that well for me."

While he finished a mile clear of his nearest challenger, France’s Ludvy Vaillant, who clocked 49.14, Warholm looked a little underwhelmed in the aftermath.

Sifan Hassan of The Netherlands, who set a women’s world one-hour record in Brussels on Friday (September 4), picked up another victory here as she ran a season’s best of 14min 37.85sec in the 5000 metres, with Kenya’s Sheila Chelangat, who did a great job of pacing that one-hour race, second in 14:40.51.

Kenya’s Olympic 1500m champion Faith Kipyegon, who missed the world 1000m by not much for the second time this season in Brussels, won over her more familiar distance in 3:59.05, a meeting record.

You gotta have Faith🤩

The 24-year-old from Manila, who won the Asian and World University Games titles last year before rounding off with a personal-best clearance of 5.81 metres, was triumphant here after clearing 5.74m to win on countback from Kendricks.

In a year where British 800 metres runners have been enjoying widespread success and promising times, Jake Wightman - who became the second-fastest Briton over 1500m with his 3min 29.47sec timing at the opening Diamond League meeting of the season in Monaco - put down his own impressive marker, winning over two laps in a personal best of 1:44.18.

That is just 0.09 seconds off the fastest time Moscow 1980 Olympic champion Steve Ovett ran, and the fastest by a Briton since Andrew Osagie ran 1.:43.77 in finishing eighth in the London 2012 800m final.

Wightman’s fellow Briton Laura Muir produced a characteristic front-running victory in the 800 metres, clocking a season’s best of 1:58.84, with Poland’s Sofia Ennaoui, who took silver behind her in the European Championships final two years ago, second in 2:00.82.

Poland’s Maria Andrejczyk, who had won in Chorzow two days earlier with a season’s best of 65.70m, took second place with a sixth and final effort of 63.59m.

Dutch sprinter Dafne Schippers, the double world 200 metres champion, added another meeting record on the night in the 150m, where she ran 16.56sec to beat Switzerland’s Ajla Del Ponte, who clocked 16.74.

The men’s 150m also produced a meeting record as the Ivory Coast’s Arthur Cissé won in 15.15.

And another meeting record arrived in the women’s 300m hurdles, where Femke Bol of The Netherlands won in 38.55sec.