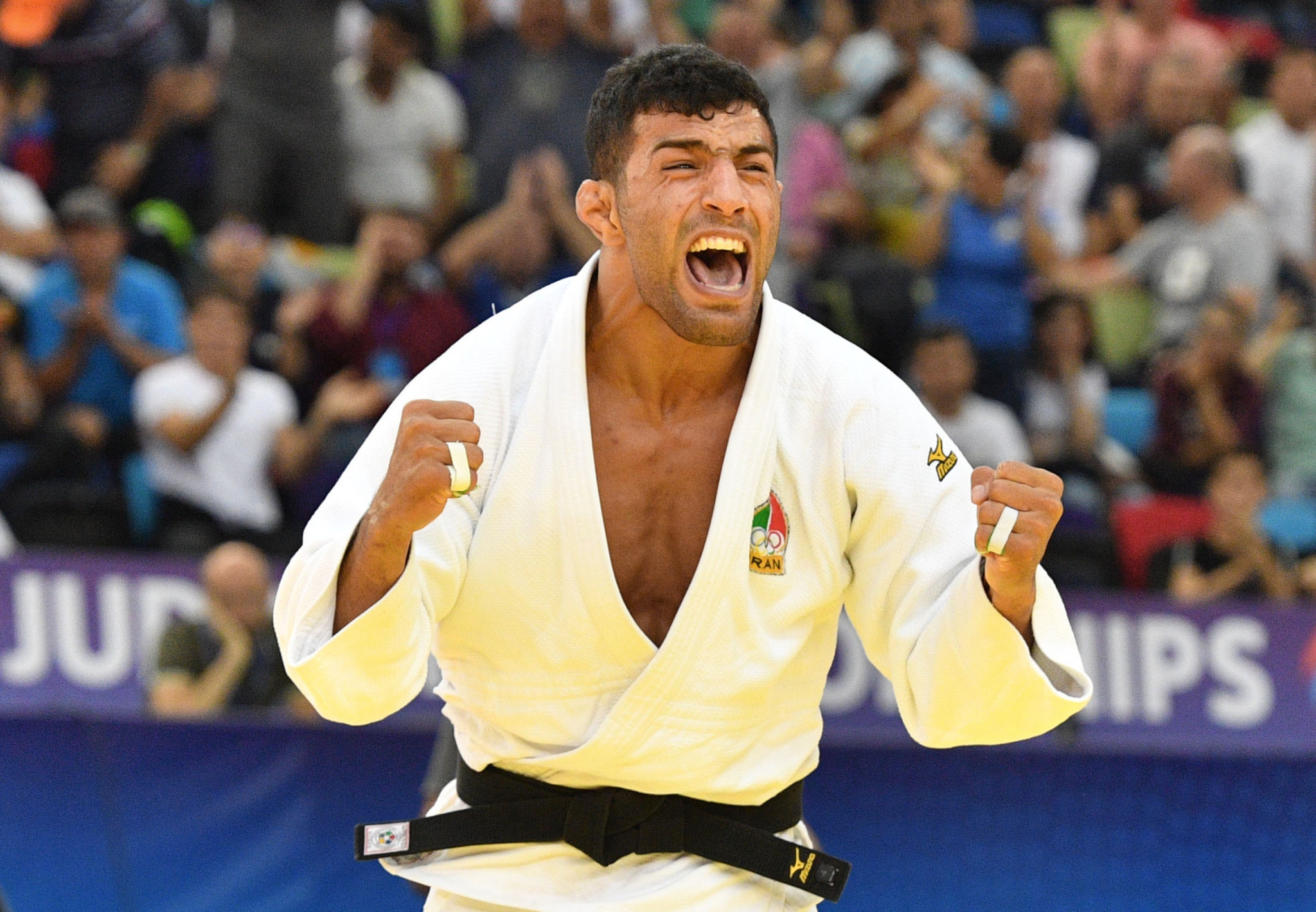 Iran has launched a campaign of intimidation against Saeid Mollaei, its former world judo champion who fled the country last year, in the build-up to a crucial hearing at the Court of Arbitration for Sport (CAS) later this month.

Mollaei failed to return home after refusing to follow orders from Iranian authorities at the International Judo Federation (IJF) World Championships in Tokyo last year to lose intentionally when he was defending the title he had won in the under-81 kilograms category in Baku the previous year.

The 28-year-old claimed he was ordered to avoid a potential contest in the later rounds against Israel’s Sagi Muki, who went on to win the title.

Iran has not recognised Israel for more than 40 years and enforces a policy of boycotting competitions against its athletes.

The IJF suspended Iran's National Federation in October following the incident involving Mollaei and warned them the ban would not be lifted until it received assurances that it will let its judoka take part in bouts against Israeli opponents.

Mollaei is due to give evidence on behalf of the IJF at the CAS hearing, scheduled to take place in Lausanne on September 16.

The Iran Judo Federation is appealing against the suspension, which severely limits the chances of its judoka qualifying for the Olympic Games in Tokyo next year.

insidethegames has now received confidential information that a campaign against Mollaei is being stepped up in the build-up to the case at CAS.

He has been warned that "there are plans in place for every situation and it will not be well for him and his family".

Mollaei’s decision to flee from Iran after the incident in Tokyo and to seek asylum in Germany shone a bright light on the pressure that athletes from Iran come under from the Government to ensure they do not compete in events where Israelis also take part.

"If an athlete fails to comply with these orders, he and his family are 100 per cent sure to get into trouble," Mollaei told Germany’s public international broadcaster Deutsche Welle shortly after he decided not to return to Iran.

"I don’t know what my family’s situation is."

Mollaei added: "But after the World Championships I told the world that I just want to be courageous and live freely.

"I don’t care whether I am facing a judoka from Israel or any other country."

???? Friend for life!!! Tag Israel and Iran people for peace! #israel #iran #love #peace I met him at Grand Slam Paris. Two world champions but before that two good friends...

Mollaei, who has since been granted citizenship by Mongolia so he can continue to compete internationally, and Muki have struck up a friendship and the pair have even posed for photographs together on social media.

He has furthered angered officials in Tehran by publicly declaring his support for the recent decision by the United Arab Emirates and Israel to establish diplomatic relations.

The IJF claim a major catalyst for the opening of dialogue between the two countries was the World Judo Tour event in Abu Dhabi in 2018, in which a team from Israel received equal treatment and recognition during the competition.

Earlier this week, it emerged that Iran has sentenced wrestler Navid Afkari to two death sentences for taking part in anti-Government protests.

Afkari has also been sentenced to six-and-a-half years in prison and 74 lashes.

A misinformation campaign has also been launched in the Iranian media against IJF President Marius Vizer.

Amiri, a former high-ranking intelligence officer in the Iranian secret service and a leading politician, claimed that Vizer "sent Mollaei to Germany from Tokyo according to a prearranged plan".

"Mollaei can go back to Iran without any problems and we welcome him with open arms," Amiri has claimed in the Iranian media.

The IJF declined to comment on the case at CAS or the alleged specific threats against Mollaei, but Vizer told insidethegames: "The IJF will continue to fight against discrimination at all levels in sport.

"We will protect the interest of our athletes.

"I do not agree with sports or sport events becoming battle fields of Governments or politicians in their conflicts.

"This is against universal values, the Olympic Charter and the role of sport in society.

"Through the application of the judo principles, our aim is to build better societies and contribute to world peace and understanding between all nations."