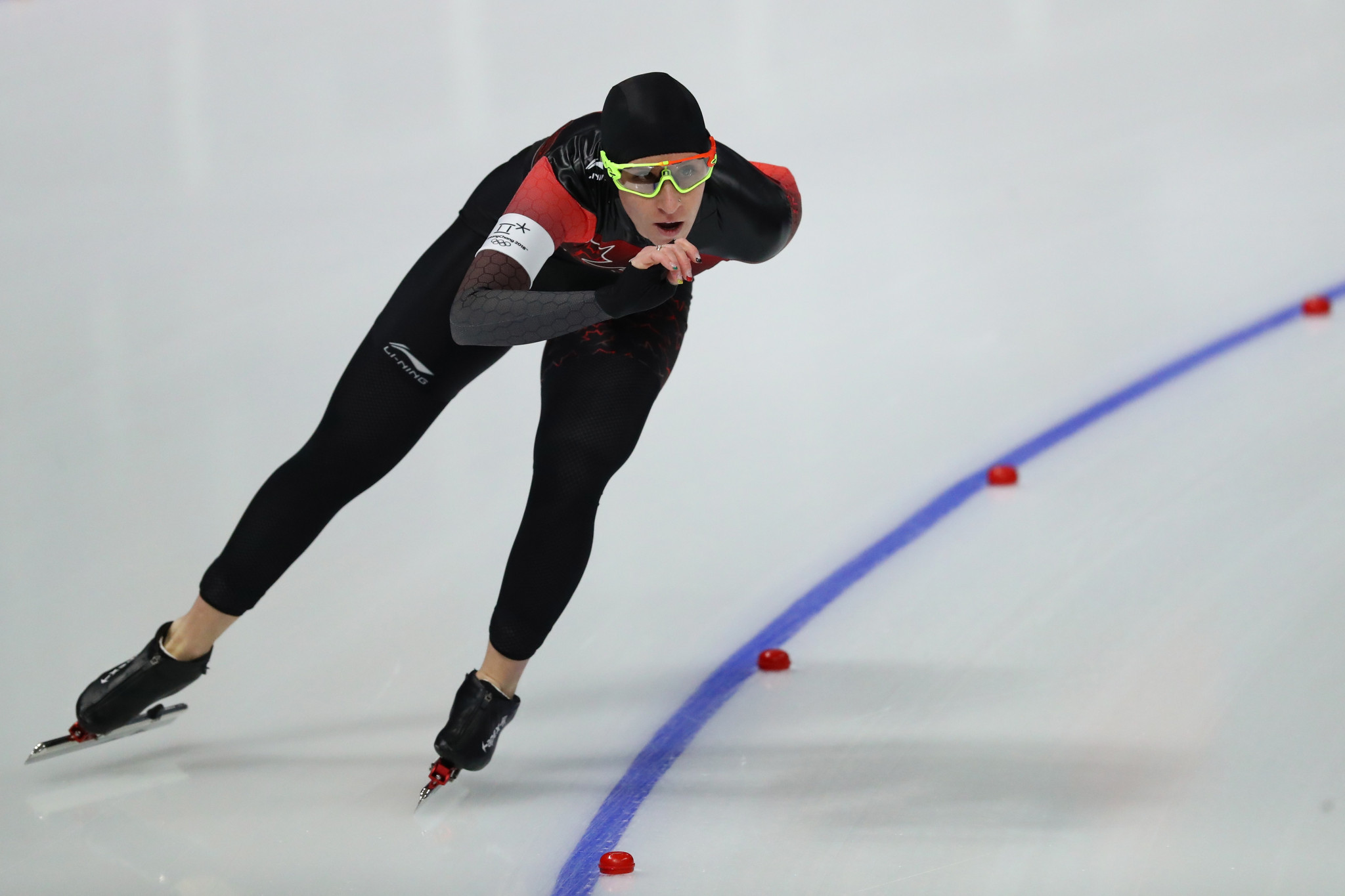 Four Canadian speed skaters that earned a combined total of 28 individual medals on the global stage and set two new world records have been honoured.

Ivanie Blondin, Kim Boutin, Graeme Fish and Steven Dubois were announced as Speed Skating Canada’s athletes of the year in their respective disciplines.

It was the fifth time Blondin claimed the Catriona Le May Doan Award for female long track athlete of the year having previously won four in a row from 2015 to 2018.

The 29-year old was crowned world champion in the mass start and became only the fifth Canadian woman to reach the podium at the World Allround Speed Skating Championships where she won silver.

"Last season was an incredible season for me, and I obviously couldn’t have done it without my teammates, my coaches, my support staff and everyone else that supports me, including our fans," Blondin said.

"Now we’re seeing some different times and we’re not quite sure what’s going to happen with our upcoming season, but just know that if it’s going to go ahead I’ll be ready and I know my teammates are also going to be ready as well."

Boutin received the Nathalie Lambert Award for top female short track skater for the second time, with her first coming in 2018.

She also helped the women’s relay team win four medals, including their first gold since the 2014-2015 season.

At the World Cup in Salt Lake City, she established a new world record in the 500m, becoming the first ever woman to skate the distance in under 42 seconds.

The 22-year-old capped off his breakthrough international season with a world record performance to win the World Single Distance Championships in the 10,000m.

He also earned bronze in the 5,000m at the same event and won the first individual World Cup medal of his career in Nur-Sultan in December, skating to bronze in the 10,000m before adding 5,000m bronze in Calgary and 5,000m silver at the World Cup final in Heerenveen.

The 23-year-old won four individual World Cup medals, including his first career gold medal in the 500m in Dresden.

He also anchored the men’s relay team to gold in Dordrecht and bronze in Salt Lake City and earned three silver medals on route to a second-place finish at the inaugural Four Continents Championships in Montreal.