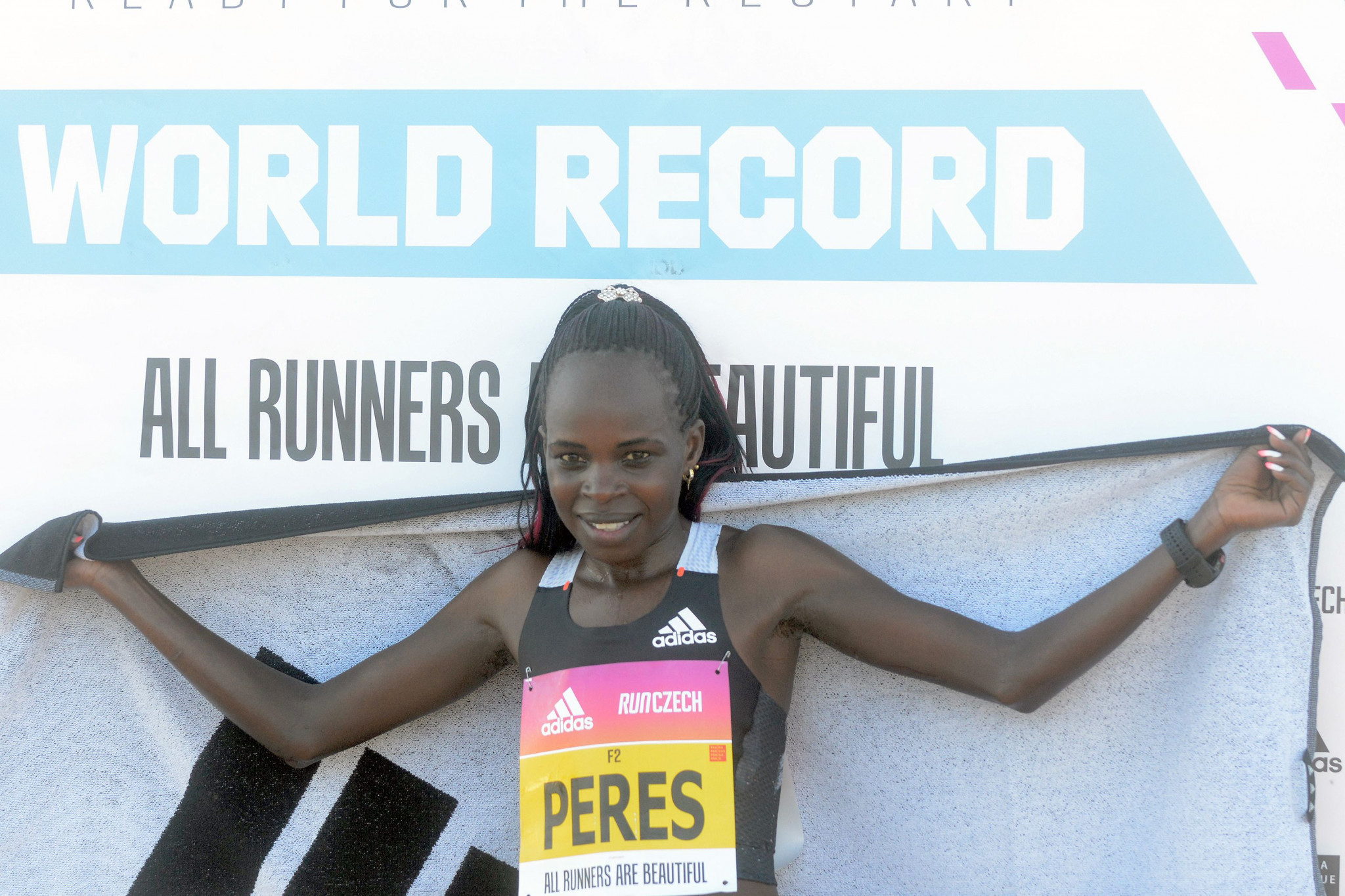 Kenya's Peres Jepchirchir has broken the women-only race world record for the half marathon in Prague today by over half a minute.

The 26-year-old clocked a time of 1 hour 05min 34sec at the Prague 21.1KM, smashing the previous record of 1:06:11 set by Netsanet Gudeta of Ethiopia at the World Half Marathon Championships in Valencia in 2018.

In a small field on nine - of which two were pacemakers - competed over the 16.5-lap course in Prague's Letna Park, built on a plateau above steep embankments along the Vltava River in the Czech Republic capital.

Jepchirchir, winner of the World Half Marathon Championships gold medal at Cardiff in 2016, then reached the 10km in a split of 30:22 - running at 1:04 pace for the full distance, but her pace slowed in her solo effort.

Yet, she still maintained a strong effort to knock off the previous record.

"The last five kilometres I was really tired.

"My plan was to run good because I was well prepared."

Jepchirchir had previously held the half marathon world record in a mixed-gender race at the RAK Half Marathon in the United Arab Emirates in 2017 when she clocked 1:05:06 - a record which stood for just under two months.

Now, the mixed-gender women's half marathon world record is held by Ethiopia's Ababel Yeshaneh with a new best of 1:04:31 in February 2020, also set at the RAK Half Marathon.

Meanwhile in the men's race, Kenya's 24-year-old Kibiwott Kandie clocked a world-leading time of 58:38 to become the sixth fastest man of all time over the distance.