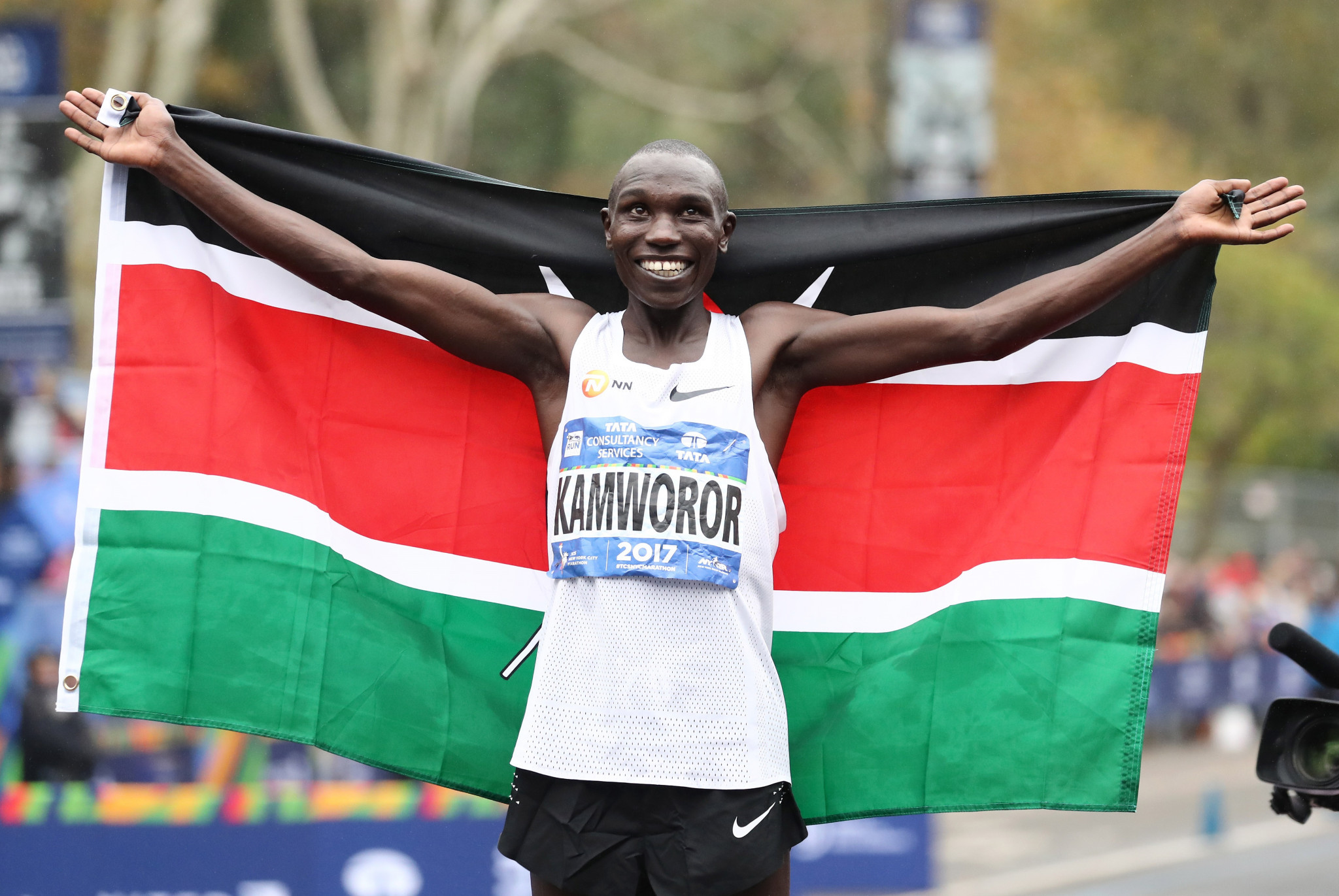 World half marathon record holder Geoffrey Kamworor sustained injuries to his head and ankle after being hit by a motorcycle while out running.

The Kenyan is recovering in hospital after being hit yesterday from behind by a motorbike that was reportedly speeding.

According to Dr Victor Bargoria, who treated Kamworor today, he suffered a right tibia shaft fracture, knee bruises and scalp laceration, as reported by The Daily Nation.

Kamworor was treated at St Luke's Hospital in Eldoret, and speaking from his hospital bed, he explained the circumstances surrounding the accident.

"I was one kilometre away from my home during my morning run when a speeding motorcycle hit me from behind and I fell down injuring my leg," Kamworor said.

"I also got injuries in my head and he {the motorcyclist} helped me up and took me to the hospital where I was admitted."

Kamworor has been told to rest and is hopeful of being discharged soon, a scenario that Bargoria confirmed was likely.

Some horrible news here as reported by @carofux. Wishing Geoffrey a swift and complete recovery. pic.twitter.com/PTMTzU30hn

“After receiving the patient we managed to do a surgery which was to open incomplete right tibia shaft fracture on his right leg and bruises on his head," said Bargoria.

"He is doing well and he should be leaving for home anytime."

Kamworor, 27, is a multiple world cross-country champion and world half marathon champion.

He is the current world half marathon record holder after winning the Copenhagen Half-Marathon in 2019 in a time of 58 minutes and one second.

Earlier this week, the 2020 edition of the race was cancelled because of the coronavirus pandemic, meaning Kamworor will not be able to defend that title until 2021.

Kenyan athletes have been training close to home and individually throughout the coronavirus pandemic after the country's Government enforced social distancing measures and told people to stay away from crowded places.

There have been more than 5,000 reported cases of coronavirus in Kenya, resulting in 137 deaths.