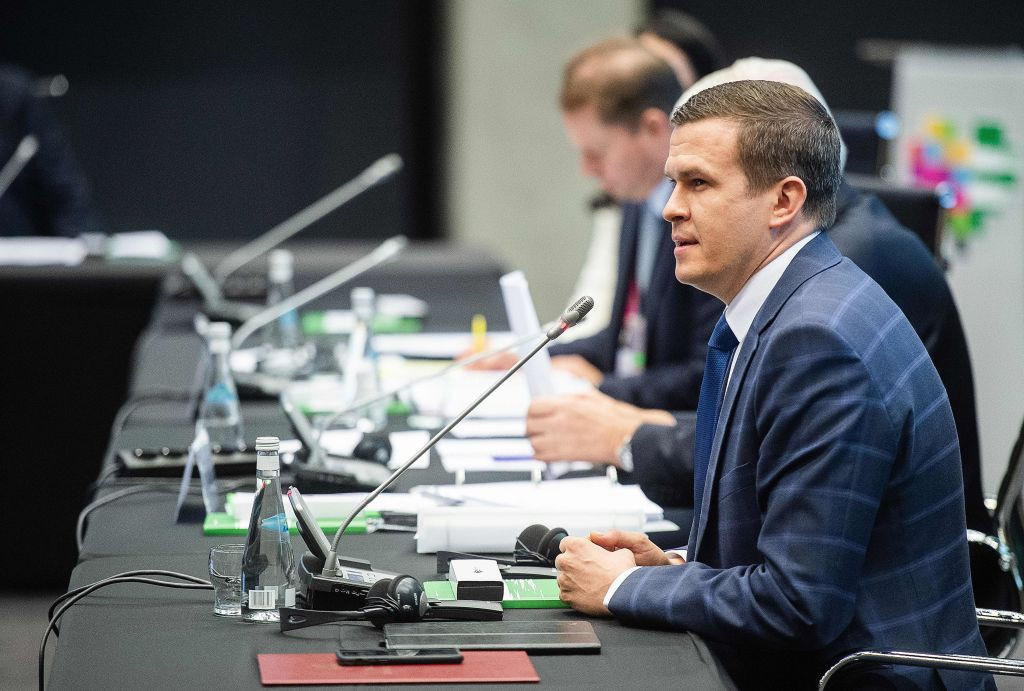 World Anti-Doping Agency (WADA) President Witold Bańka has warned control of the global watchdog is "not for sale" after the United States threatened to withdraw funding from the organisation and questioned whether it was getting value for money.

In an open letter to athletes, Bańka hit out at the "political attacks and games" he believes WADA is targeted with and said these disputes have overshadowed its mission.

The former Polish Sports Minister also appeared to dismiss criticism from the Global Athlete group, while rejecting suggestions of a lack of transparency and insisting the organisation was moving forward with its governance reforms.

Much of the letter's contents seem to be an inherent response to a report from the United States Office of National Drug Control Policy (ONDCP), which has been at the centre of a public row between WADA and the country in recent months.

The US contributes $2.7 million (£2.03 million/€2.27 million) to WADA, more than any other nation, and with the International Olympic Committee matching Government funding, this amounts to $5.4 million (£4.06 million/€4.55 million).

The ONDCP threatened to pull the funding unless WADA underwent serious reform.

WADA first convened a working group in November 2016 to explore options for reforming the ONDCP, claiming "insufficient progress" has been made.

The ONDCP also questioned whether the country's investment into the organisation is worthwhile and was critical of the country's lack of representation within WADA's governance - ONDCP director James W. Carroll is the only American member of the Foundation Board, comprised equally of representatives from the Olympic Movement and Governments.

Bańka, who officially succeeded Britain's Sir Craig Reedie as WADA President in January, promised he will "not allow WADA to get bogged down in these political games".

Dear Fellow Athletes! Speak loudly in your countries and in your sports. I have an important message for YOU in my letter, read it here:#AthleteCentered #playtrue #cleansport @wada_ama
https://t.co/eHLCUAOXTw pic.twitter.com/pVtcPvjrUC

"Today, WADA is often targeted by political attacks and games," he wrote.

"Various arguments are used in these attacks - ranging from how our activities are financed and who can legitimately represent stakeholder interests to allegations of a lack of transparency.

"I can assure you that I will not allow WADA to get bogged down in these political games; and that, control of WADA is not for sale, no matter what stakeholder we are dealing with.

"Some critics of WADA allege a lack of transparency.

"However, I have the impression that the loudest criticism comes from those who, unfortunately, are not known for being particularly transparent themselves."

Bańka highlighted how WADA holds Foundation Board meetings which are open to the media and how it publishes Executive Committee minutes as examples of why he believes criticism over a lack of transparency is unfair.

He admitted, however, that WADA "could do more", but stressed it is not possible for the body to publicly release information about pending investigations and cases, such as its protracted dispute with Russia.

"I would expect similar transparency from our critics," he said.

"For them to be transparent.

"To publish their governing documents.

"To tell the world who finances them and who their members are.

"I am sure that the athlete community would also like to know."

Bańka rejected claims from Global Athlete and other prominent WADA critics that the organisation lacks what he called "independent athletes" within its governance structure.

"What does it mean to be an 'independent athlete,'" the Summer Universiade gold medallist said.

"What makes one organisation dependent and another independent when both are financed and therefore are dependent on someone?

"Why are some athletes considered to be better, more worthy, representatives of the athlete community than others?

"Who wants to create division within our community and for what purpose?

"I would like to know the answers to these questions.

"When I look at the long way that WADA has come over the past two decades, it saddens me that there is a lot of politics at play, battles for positions and influence around the activities of this organisation and, far too little thinking about the values at the core of the agency’s mission.

"WADA was created to ensure that all athletes could participate on an equal footing, under fair conditions, without doping, and respecting each other.

"I promise you that I will continue this mission because I believe this is the true purpose of WADA, because I came to WADA not to play political games but to serve you, my fellow athletes."