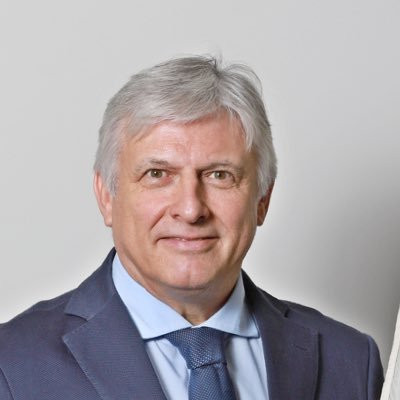 Organisers yesterday announced the postponement of the multi-sport event, originally due to take place in the Swiss city from January 21 to 31, because of the coronavirus pandemic.

During an exclusive interview with insidethegames Saintrond said alternative dates for the event were being considered, but acknowledged it would not be easy to reschedule it.

"The potential alternate dates have to be carefully analysed and discussed with all parties," said Saintrond.

"It is not easy. Next year does not offer many options, as we are now talking about the end of 2021.

"Regarding 2022, it is the year of the Winter Olympics and the International Federations will be committed to their preparations for the Olympic Games.

"While it is too early today to give a reply, we believe that the deadline to decide on a new date cannot be later than October 31 2020."

Saintrond said that discussions around a postponement of Lucerne 2021 first started around two months ago.

"All our partners and stakeholders of the FISU World University Games were involved in the decision," said Saintrond.

"The Organising Committee held meetings with the Confederation and Canton representatives, Swiss University Sports, Swiss Olympic, and of course with us.

"This discussion had already started two months ago, and we agreed on a timeline for different steps before announcing the decision to cancel the Games in January 2021 and consider a postponement.

"The situation with the coronavirus may have left us with few choices, but it was not an easy decision."

The Summer World University Games are also scheduled to take place next year, with Chengdu in China set to host the event from August 18 to 29.

Saintrond say he was hopeful the coronavirus situation would be "solved by then" and there would be no need to consider postponing Chengdu 2021.

He added he was looking forward to FISU resuming international competitions, albeit virtually, next month.

"The Organising Committee in Bydgoszcz, Poland, has been able to switch to an online format for the Mind Sports World University Championship and we are happy that it will go ahead," said Saintrond.

The Mind Sports World University Championship is scheduled to run from October 26 to 30.

Almost all FISU World University Championships (WUC) have been cancelled for 2020, with only the speed skating WUC taking place back in March.

The final day of the speed skating WUC was cancelled because of the development of the pandemic.

"We tried to find alternate dates in 2021 for our cancelled events, but due to the very tight international sporting calendar, sadly it was not possible to do so," said Saintrond.

Saintrond said FISU had been in "constant dialogue" with all member federations during the pandemic.

"They know they have our support during this challenging time," said Saintrond.

"At every step, we have evaluated the current situation, taken the FISU family into confidence and then tried to react in the best way possible.

"All of us in the FISU family are united in agreeing on this."