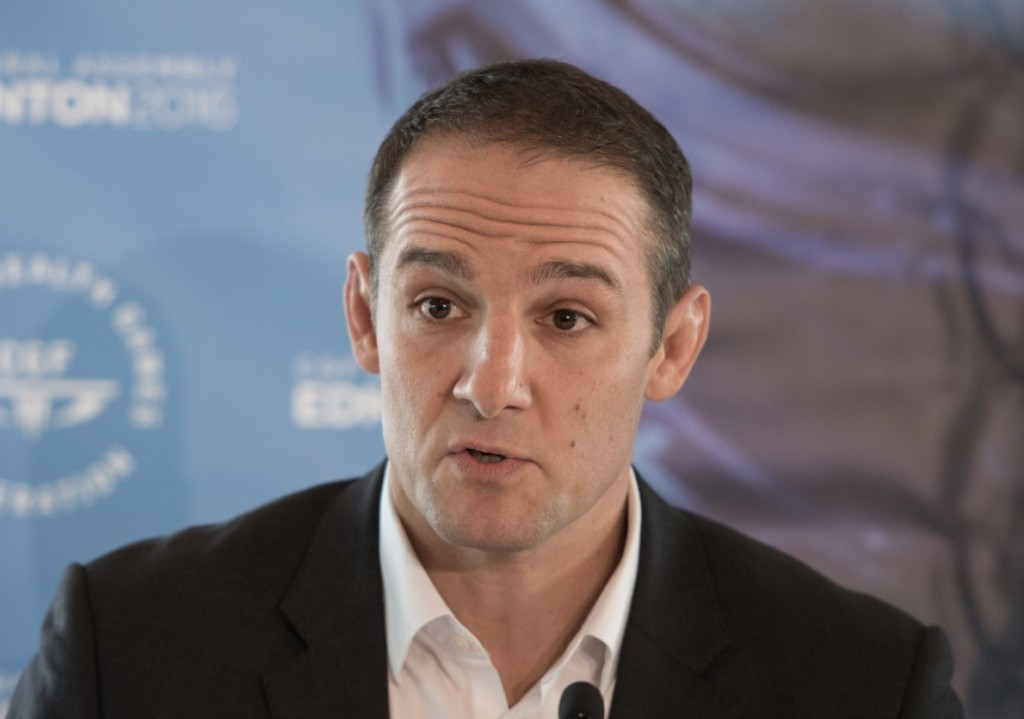 Commonwealth Games Federation (CGF) chief executive David Grevemberg has urged officials at Commonwealth Games England (CGE) to tackle the controversy over Board member Delia Bushell following her resignation from the Jockey Club due to allegations of bullying and racist remarks.

Bushell resigned from the role of Jockey Club chief executive, which she had held since September 2019, following an independent barrister decided disciplinary action should be taken against her "on the grounds of gross misconduct".

It has since emerged that the allegation of racism arose from a conversation between senior executives on how to respond to the prominence of the Black Lives Matter movement after the death of George Floyd in May, as reported by The Times.

The death of Floyd, an unarmed black man killed by white police officer Derek Chauvin in Minneapolis, sparked protests in the United States, which later spread to other nations and are still ongoing.

Bushell reportedly suggested writing to all staff in support of Black Lives Matter, but another senior executive claimed this might look like virtue signalling and it would be better to make actual changes.

In response, Bushell allegedly described the variety of responses to Floyd's death and this included that of a black conservative activist Candace Owens, who had described Floyd as a criminal.

Bushell was appointed to the Commonwealth Games England Board as a non-executive director in 2018.

"This is a matter that will need to be addressed by Commonwealth Games England in accordance with their code of ethics if there are grounds to do so," Grevemberg told insidethegames.

"The CGF stands strongly against discrimination of any kind and has continuously expressed its support of the Black Lives Matter Movement."

CGE told insidethegames it would "not make any further comment until we have reviewed the situation".

The CGF leadership of President Dame Louise Martin and Grevemberg have positioned themselves in recent months as strong agents for change.

Following the death of Floyd, the CGF reflected on the "pain, anger and sadness resulting from the tragic and brutal killing of George Floyd" in an open letter signed by Dame Louise and Grevemberg.

The organisation warned both Floyd's killing and the coronavirus pandemic raise issues around "inequality, racism and injustice", stressing that sport needs to play a role and allow for athlete advocacy.

"The world of sport cannot be an observer," the open letter said.

"A Games, a match, a season does not happen in a vacuum.

"Silence or the status quo cannot be an option.

"It is our passionate belief that athlete advocacy and activism humanises, rather than politicises, sport.

"We must use our voices and continually seek to reduce inequalities and build peaceful communities."

Allegations against Bushell also include the circulation of offensive material.

This reportedly occurred during lockdown when Bushell and colleagues had a discussion about joke memes.

She is understood to have said that she had been sent a tasteless one about Scottish singer Susan Boyle, who had taken part in the Queen's Baton Relay before Glasgow 2014 and appeared at the Opening Ceremony, before agreeing to share it with her colleagues.

The investigation also found evidence of witness-tampering by Bushell.

The Board of the Jockey Club, which operates 15 racecourses in the United Kingdom including Aintree, Cheltenham, Newmarket and Epsom Downs, concluded it was "untenable" for her to remain in the position.

"I have been subjected to unmerited, dishonourable, bullying behaviour by people I previously held in high regard and trusted," she said, as reported by Racing Post.

"Given the toxicity of the working environment I find myself in, the predetermination of the disciplinary and the clear and ongoing threats to my reputation, I have no choice but to accept the repudiatory conduct described in this letter and to resign with immediate effect."

Bushell has 20 years’ experience in media, sport, telecoms and strategy consulting, spending time at both BT Sport and Sky.

She is also a director on the England and Wales Cricket Board.