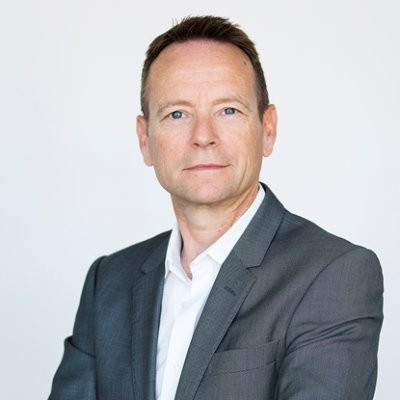 Mads Freund of Denmark is set to run against incumbent World Triathlon President Marisol Casado when the organisation holds its elections later this year.

Freund, the head of Triathlon Denmark, told insidethegames he will challenge Casado for the top job at the worldwide body and that he plans to submit his candidacy for the position in the coming weeks.

Casado, who has led World Triathlon since 2008, confirmed to insidethegames earlier this month that she would seek a fourth term at the helm.

Freund announced his candidacy for President during the virtual European Triathlon Union (ETU) Annual General Assembly today, an event attend by Casado and other World Triathlon Executive Board members.

Should the Dane unseat the longstanding Spaniard, Casado would lose her status as a member of the International Olympic Committee (IOC).

Casado, who became an IOC member in 2010 and is the only female head of a Summer Olympic International Federation, will serve as President until after the Paris 2024 Olympic Games if she is re-elected.

She is eligible to serve another two terms as President after a 12-year maximum tenure was introduced in 2016.

The candidature phase for World Triathlon's elections, due to take place at the body's Congress on November 29, opened on Tuesday (August 25) and closes on October 25.

World Triathlon had planned to stage the Congress as a combination of a virtual and in-person meeting in Paris, with some travelling to the French capital and others attending remotely.

But insidethegames understands the organisation is now leaning towards an entirely virtual Congress.

Freund, a member of the World Triathlon Sustainability Commission and the ETU Marketing Commission, told insidethegames he believes it is time for change of leadership at the worldwide body.

"I believe I can make positive change in our sport," Freund, a former triathlete and coach, said.

"I have a lot of respect for Marisol, she has done a lot of good work, but I think she has had her time.

"We have come a long way – I don’t dislike where we are but I know we can do better.

"We have seen a recent decline in revenue and participants in the last years.

"I want to improve our World Championships and other major events, and I want to revise the political structure to bring more power back to the Confederations and the National Federations.

"We are acting like an old federation even though we are very young.

"It is very centralised and we have to work to change that.

"We’re not good at disagreement, we have to get better and work on that.

"It is about re-establishing World Triathlon, revitalising our race calendar and revising the political structure to give more power back to our confederations and national federations."

Casado succeeded Canada's founding President Les McDonald in 2008 to become only the second leader of the International Triathlon Union, which has since been rebranded as World Triathlon.

Membership of the IOC - which she is due to hold until 2026 - followed for the Spaniard two years later.

The 63-year-old was re-elected World Triathlon President unopposed in 2016 but is no stranger to being challenged for her position after she saw off South Korea's Kyung-sun Yu at the 2012 Congress in Auckland.