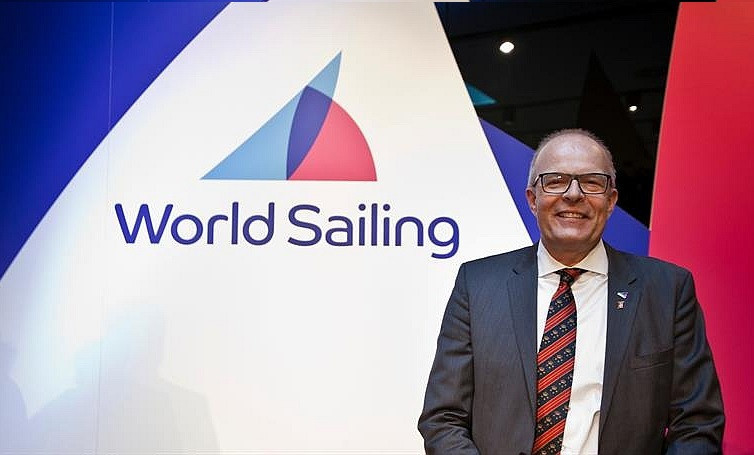 The Ethics Commission had issued a warning to Andersen for "abusing" the signatures of two World Sailing vice-presidents, Gary Jobson and Scott Perry, as reported by La Gazzetta dello Sport.

Their signatures had been used in a letter to reporter Tom Ehman, which contained quotes from both Jobson and Perry.

Andersen then criticised the conduct of the Ethics Commission, however, arguing that the appointment of Josep Pla as ethics officer was "clearly not independent or impartial".

The Dane is set to run for re-election as World Sailing President in November, with the governing body holding its Annual General Meeting and General Assembly remotely because of the coronavirus pandemic.

Uruguay's Perry and Spaniard Gerardo Seeliger are set to run against Andersen.

"When I sought to challenge this plainly political and inappropriate appointment, my objections, which followed due process, were ignored by the chairman of the Ethics Commission – Mr. Dieter Neupert," Andersen said.

"Mr. Pla proceeded to issue a clearly flawed, biased, and one-sided report on the matter which, despite his best efforts to portray me in the worst possible light, ultimately concluded that no further action needed to be taken against me aside from the issuing of a warning."

Andersen also described the unauthorised use of Jobson and Perry's signatures as a "misunderstanding".

"It was an unfortunate misunderstanding between Board members, which had been blown entirely out of proportion and has been used by some as a political tool," he said.

Nicolas Hénard, Jo Keen and Ùlfur Hròbjartson have resigned from the Ethics Commission, apparently in protest at the body's conduct.

In a statement, World Sailing revealed the allegations against the Ethics Commission would be investigated.

"These allegations are being passed to the World Sailing Judicial Board for investigation by an independent disciplinary investigating officer appointed by them," it said.

"The World Sailing Board will also urgently commence the process to fill the current vacancies on the Commission.

"World Sailing will identify a number of suitable candidates for recommendation by the Board to the World Sailing Council for appointment."