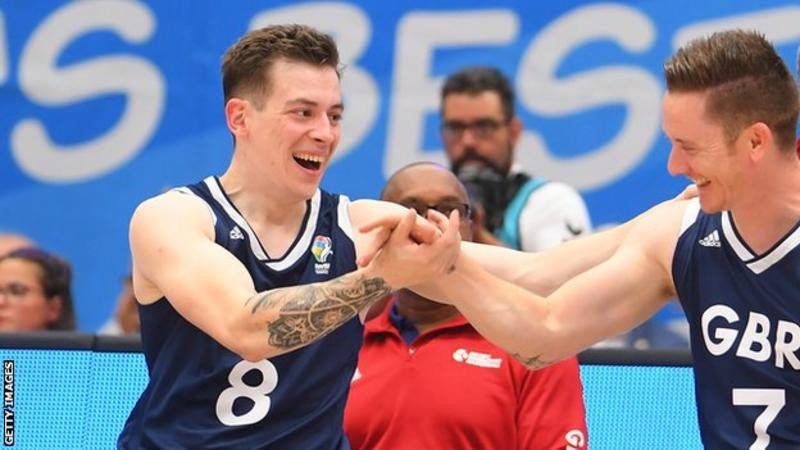 The IPC's classification code currently defines athletes from 1.0 to 4.5, with the IPC requiring all 4.0 and 4.5 players, who are deemed the least impaired, to go through reclassification before Tokyo 2020.

The petition started by Bates reads: "Because there are only 10 categories, there are many disabilities that slip through these gaps.

"Although being acknowledged to have a disability and be disabled, these athletes are deemed ineligible to play their chosen sport in accordance with these restricted parameters.

"How can athletes be excluded from the only sports that they are physically able to play?"

To date, there have been more than 5,000 signatures on the petition.

Due to a football injury at the age of 11, the 26-year-old has suffered with complex regional pain syndrome - a condition that causes persistent severe pain.

"I have been deemed to be the 'wrong kind' of disabled," said Bates in a statement on Twitter.

IWBF was earlier this year told by the International Paralympic Committee (IPC) that it had to change its rules in order to comply with its classification code.

It had warned that failure to do so could see the sport removed from future Paralympics, including the postponed Tokyo 2020 Games.

The sport has lost its place for Paris 2024, but the IPC has said it could be reinstated if compliant with the rules.

"This condition has left me in constant pain for the past 15 years, as well as with reduced limb movement and muscle deterioration," said Bates.

"Due to the decision of the IPC, I may now be forced to revisit this heart-breaking option.

"It is ironic that the IPC - which attempts to base its brand around equality and inclusivity - is deliberately discriminating against athletes who don't meet its narrow-minded view of what it actually means to be disabled."

An IPC statement in response sympathised with Bates' situation, but added that his condition does not lead to an eligible impairment to participate in the Paralympics.

"All Paralympic sport is governed by the code, which was approved by the IPC's 200-plus member organisations in 2015," it read.

"Since its approval we have been working with all international federations to ensure they fully implement and abide by the rules of the code.

"This includes only allowing athletes from 10 different impairment groups to be eligible to compete in the Paralympic Games and international competitions.

"These 10 impairment groups were decided by the IPC membership in the lead-up to the approval of the code.

"The decision to find George non-eligible was taken by the IWBF, which was asked to reassess all 4.0 and 4.5 players by the IPC ahead of Tokyo 2020 to ensure it was aligned and compliant with the code."

The petition can be signed at the following link.