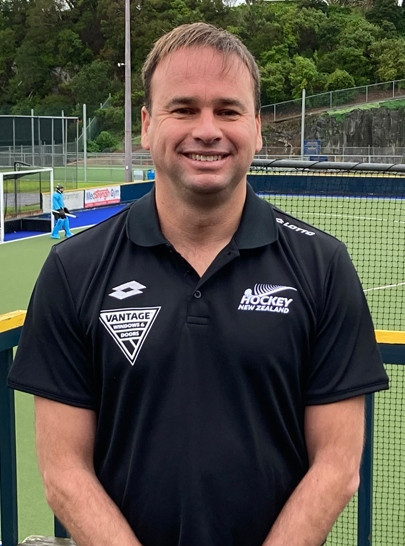 Francis, chief executive for four years, told the Hockey NZ Board earlier this year that he planned to step down but agreed to stay on longer to help navigate the sport through the coronavirus crisis.

He is now due to officially leave Hockey NZ in October.

"I am very grateful for the commitment and willingness of our hockey community to work together in the sport’s best interests, and this has allowed us to drive some real progress," said Francis.

"I’m also pleased to leave knowing that New Zealand now has a strong voice at the global hockey table."

Under Francis, New Zealand's men's team won the Commonwealth Games silver medal at Gold Coast 2018 and both the men and women's teams have qualified for the re-arranged Olympic Games in Tokyo next year.

"Hockey has an incredibly busy two years ahead," Bignell said.

"At the community level, we are working with associations to introduce more competition opportunities.

"We are also increasing the depth of our high-performance playing pool through the development of 100 athletes outside our national squads.

"And internationally our Vantage Black Sticks teams, which are both ranked among the world’s top nations, will compete in the annual FIH Hockey Pro League as well as the Tokyo Olympics in 2021 followed by the World Cup and Commonwealth Games in 2022.

"During Ian’s tenure, hockey has become a year-round game, with registered numbers steadily growing each year.

"With around 90,000 registered players, our participation levels are now nearly 50 per cent higher than 10 years ago.

"Ian has also overseen our Vantage Black Sticks teams moving from amateurs to semi-professional athletes, and he has played a leading role in the development of the new FIH Hockey Pro League as one of just three national chief executives on the Pro League panel.

"Ian leaves a strong legacy behind him, with the sport well positioned for the next chief executive to continue this journey."

"Ian has been instrumental in the operational set-up and successful creation of the FIH Pro League," he said.