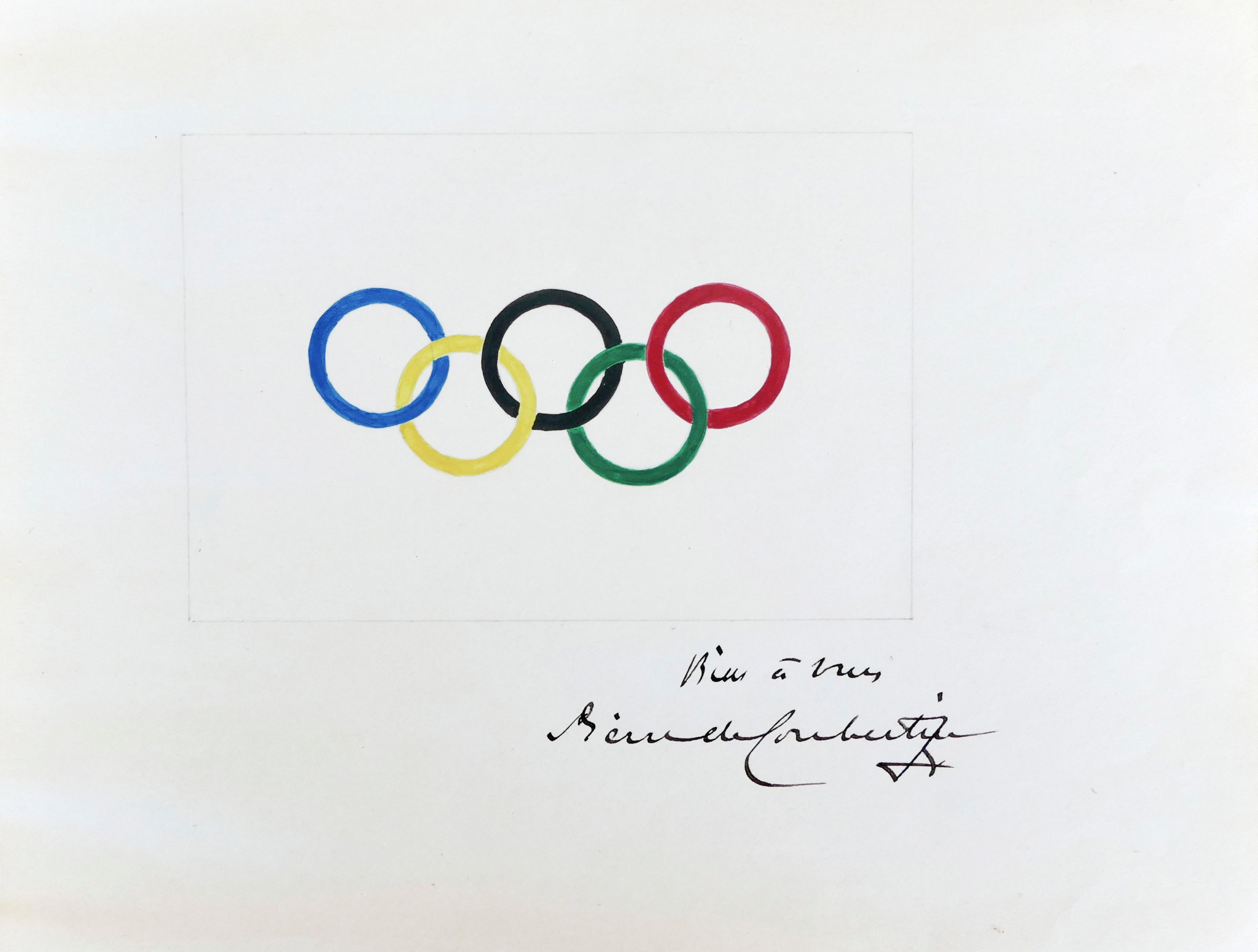 The founder of the modern Olympics created the five interlocking rings in 1913 in blue, yellow, black, green and red on a white field.

It is believed he intended the rings to represent the five continents of Africa, Americas, Asia, Europe and Oceania.

He claimed the colours of the rings together with the white of the background included the colours composing every competing nation's flag at the time.

In a survey published earlier this year the Olympic rings were voted among the top 10 most recognisable logo or symbol of all-time.

Coubertin introduced the rings in the August 1913 edition of Olympic Review.

His original drawing is in graphite and gouache on a 21x27.5 centimetre piece of white card, which he has autographed.

The new Olympic symbol and flag were officially approved at the International Olympic Committee (IOC) Congress at the Sorbonne University on June 15 in 1914, held to mark the 20th anniversary of the decision to revive the Games and the formation of the Olympic Movement.

But the shadow of World War One hanging over the world meant the rings and flag did not appear at an Olympic Games until the Opening Ceremony of Antwerp in 1920.

The 5,000-word handwritten manifesto sold in New York City was purchased by Russian billionaire Alisher Usmanov, the President of the International Fencing Federation.

In February it was announced that he had donated the document to the Olympic Museum.