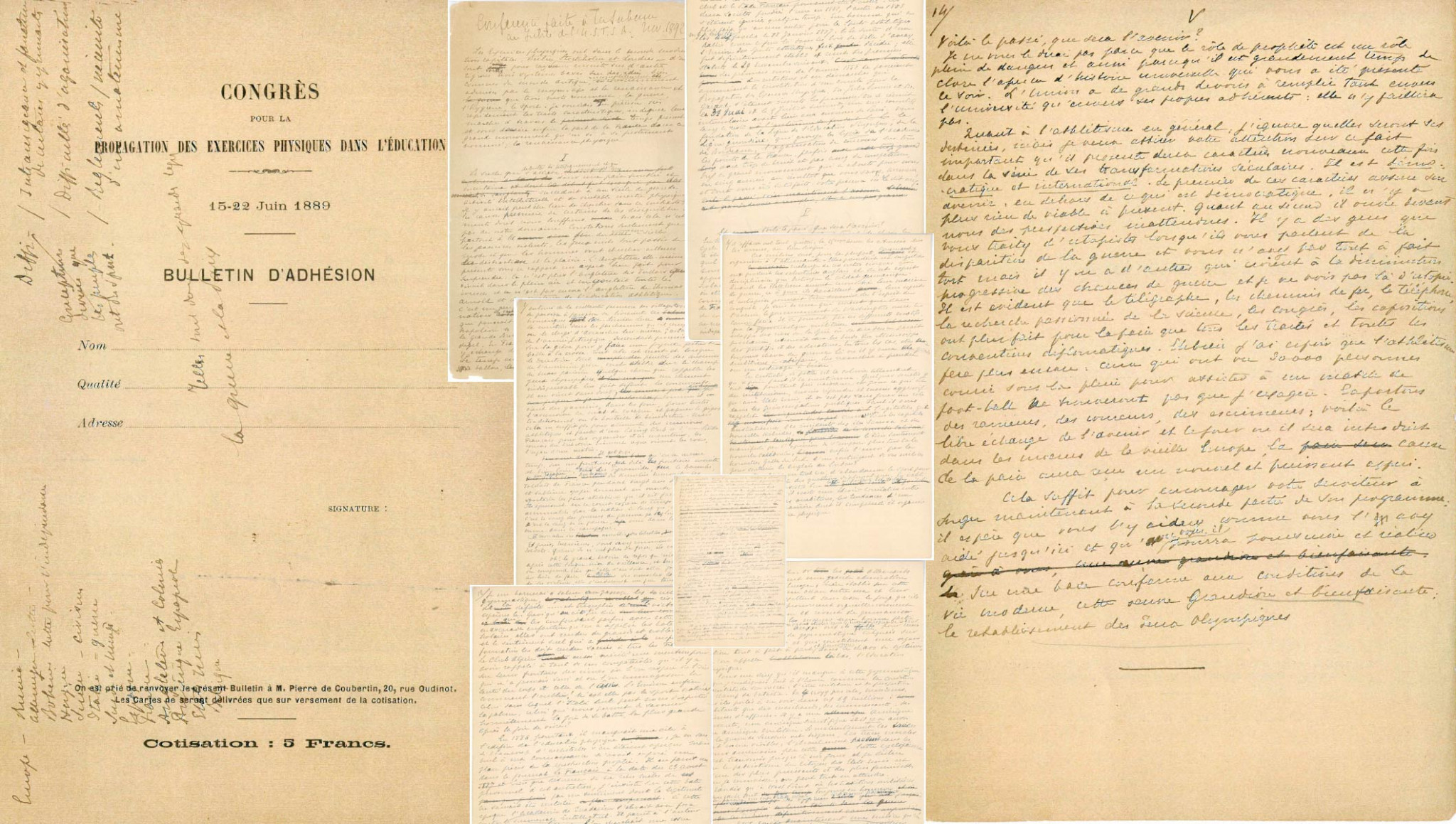 The historic manuscript in which Baron Pierre de Coubertin laid out plans to revive the Olympic Games has a new home in Lausanne after being donated by Russian billionaire Alisher Usmanov.

It will be housed in the Olympic Museum in the Swiss city nearly 130 years after it was first created.

Usmanov, the President of the International Fencing Federation, has been revealed as the person who bought the manuscript at auction in New York City in December.

According to Sotheby's which hosted the auction, this was the highest amount ever paid for a piece of sports memorabilia.

Written over 14 pages, the manuscript contains Coubertin's speech in which he outlined his plan to bring back the Olympics in the modern world.

He was just 29 when he spoke at the Sorbonne in Paris, during the fifth anniversary of the Union of French Athletic Sports Societies on November 25, 1892.

In the same building two years later, the decision to revive the Olympics was confirmed and the International Olympic Committee (IOC) was born.

Pages from the manuscript have never been put on public display before.

"At one level, we are witness to this historic document, the manuscript of the speech that laid out the philosophical foundations of the Olympic Movement.

"On another level, we are witnessing a historic moment, with this manuscript returning to its Olympic home, the place where it belongs."

Bach won an Olympic gold medal in Usmanov's sport of fencing at the 1976 Olympic Games in Montreal.

He told the Russian: "This donation today goes well beyond the handing over of a manuscript to The Olympic Museum.

"Your generosity is making this unique moment possible, a moment that reminds us so vividly of the mission of the Olympic Games to unite the world in peaceful competition.

"It is thanks to your generosity that we can reflect on our history today and celebrate this direct link to our founding father."

The manuscript is written on the back of blank registration forms for the 1889 International Congress on Physical Education, which Coubertin co-organised.

It is written in French, using sepia ink.

"I hope that you will help me as you have helped me thus far and that, with you, I shall be able to continue and realise, on a basis appropriate to the conditions of modern life, this grandiose and beneficent work," Coubertin writes.

"The re-establishment of the Olympic Games."

Certain pages will be displayed first at the Muesum, which are said to include "intriguing revisions".

The full document will go on permanent display at a later date.

"This manuscript is the manifesto for the modern Olympic Games," said Usmanov.

"Pierre de Coubertin had a vision of a world united by athletic pursuits and not divided by confrontations and wars.

"I believe that the Olympic Museum is the most appropriate place to keep this priceless manuscript."

The document went missing between the two World Wars.

Frenchman Marquis d'Amat searched for it in the 1990s and eventually located it from a collector in Switzerland.

A 12-minute bidding war took place in New York before Usmanov came out on top.