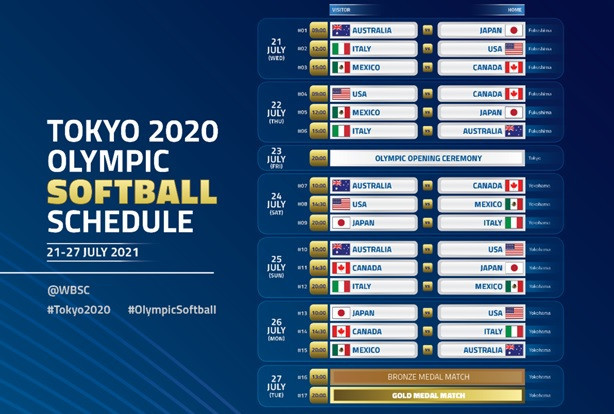 World Baseball Softball Confederation (WBSC) President Riccardo Fraccari has said the organisation is "honoured" to be the first sport to feature at the postponed Tokyo 2020 Olympic Games.

Softball is due to open the sports competition at the Games, postponed until 2021 because of the coronavirus pandemic, on July 21 – two days before the Opening Ceremony.

Three first-round matches are due to take place at the Azuma Baseball Stadium in Fukushima on July 21 and 22, prior to the Olympic Opening Ceremony on July 23.

Tokyo 2020 organisers confirmed last week that the competition schedule for the Olympic and Paralympic Games would remain the same for the rearranged event next year.

"The WBSC and the entire softball community are honoured to have been chosen to start the Games," Fraccari said in a statement released to mark one year to go until softball begins.

"This is a great opportunity to showcase how our sport and athletes can strengthen the Olympic Movement and its cause, and how our sport shares and promotes Olympic values.

"We will do everything we can to help shine the best light possible on Fukushima's transformation and how the Olympic Games are now more than ever a universal symbol of hope and solidarity for humanity."

The Tokyo 2020 softball tournament consists of a single round-robin opening round before the medal games are played on July 27, 2021.

The top two teams at the end of the round-robin will progress to the gold medal match, with the third and fourth-place finishers contesting the bronze medal.

Women's softball has not been part of the Games since Beijing 2008, when Japan beat the United States to claim gold.