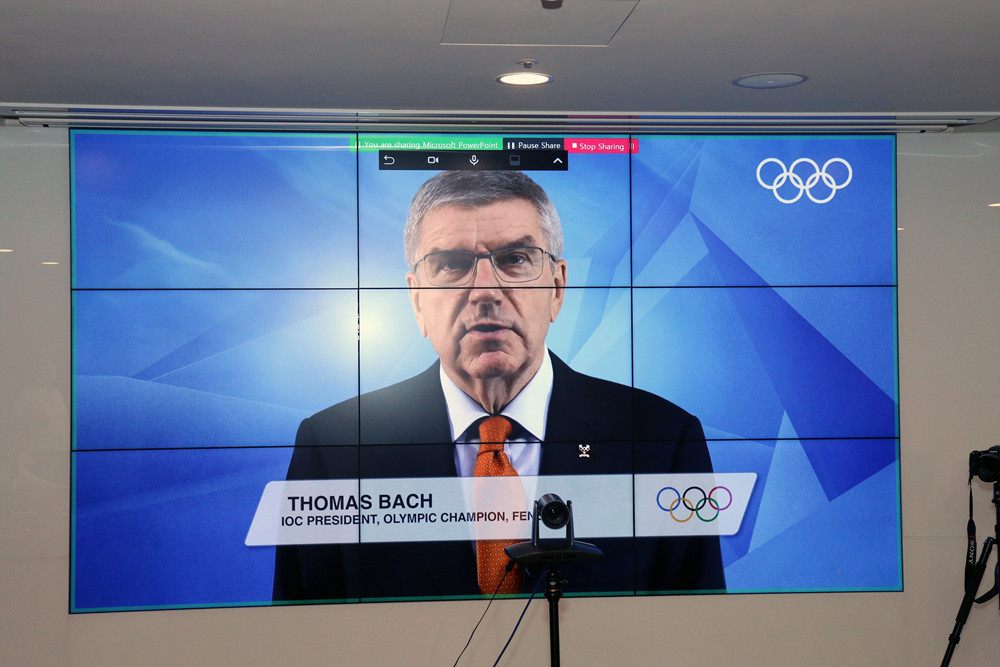 The International Olympic Committee (IOC) will hold its first virtual Session tomorrow, with elections of new members and vice-presidents among the agenda items.

A decision to hold the 136th IOC Session virtually was approved in May, with the meeting scheduled to take place on a "secure electronic system" from 12pm to 4pm CEST.

The virtual session will be the first gathering of the organisation since the start of the coronavirus pandemic, which has led to the deaths of nearly 590,000 people worldwide and has heavily impacted the sporting calendar.

Rather than gathering in Tokyo for the planned IOC Session, which would have taken place prior to the Olympics, IOC members will hear updates regarding the postponed Games.

The IOC's Tokyo 2020 Coordination Commission chairman John Coates is set to provide a progress report for the Games, which were moved to July 23 to August 8 next year in light of the crisis.

Last week, reports claimed that Tokyo 2020 was close to securing all of the sporting venues for the Games next year, but this was downplayed by organisers.

Tokyo 2020 had previously confirmed that 80 per cent of venues were in place, with the Athletes' Village - due to be sold off as housing after the Games - and the Tokyo Big Sight, the location of the Main Press Centre and International Broadcasting Centre, proving to be particular stumbling blocks.

Organisers have vowed to deliver a "simplified Games" amid claims there were 200 ideas on how to achieve this and reduce costs.

Concerns over the continued impact of coronavirus on plans and the potential staging of the Games could be raised during the Session.

The IOC Session will be expected to rubber stamp a decision to postpone the Dakar 2022 Summer Youth Olympic Games to 2026.

The IOC Executive Board announced the decision yesterday, with the postponement of the first Olympic event to be held in Africa following a request from Senegal President Macky Sall.

The IOC claimed the postponement results from the "large scale of the operational challenges which the IOC, the National Olympic Committees and the International Federations are facing following the postponement of the Olympic Games Tokyo 2020".

IOC President Thomas Bach said the Senegalese capital hosting the Games "would have meant we would have had to organise five Games in three years".

Reports are due to be given by the Organising Committees of the Beijing 2022, Paris 2024, Milan Cortina 2026 and Los Angeles 2028 Olympic Games, as well as 2024 Winter Youth Olympic hosts Gangwon.

The second vacancy will be created by Ng Ser Miang’s expected elevation to one of the two IOC vice-president roles.

Ser Miang and Coates are expected to replace Uğur Erdener and Juan Antonio Samaranch, whose terms will conclude at the July 17 Session.

Both Coates, President of the Australian Olympic Committee, and Ser Miang have previously served as vice-presidents.

Five new IOC members have also been recommended for election at the IOC Session.

World Athletics President Sebastian Coe is expected to become an IOC member after he committed to addressing a conflict of interest which had previously prevented him from joining the organisation.

Bach said Coe had agreed to move from managing director of CSM Sport & Entertainment - a role which the IOC Ethics Commission said represented a conflict of interest - to a more "passive position" with the global agency.

Should the five candidates be approved, the number of IOC members will grow to 105.

The Session will also be asked to green light a change in William Blick's status on the IOC from a member linked to his function as President of the Uganda Olympic Committee to individual member, which will allow him to remain on the body until he turns 70.

Extension of terms of office also feature on the agenda for the session.

China's Zaiqing Yu, an IOC vice-president, will receive an extension until 2025.

One-year extensions of IOC membership of the Athletes' Commission representatives are also expected to be confirmed.

Four athletes on the Commission - Zimbabwean chairperson Kirsty Coventry, Slovakian co-chair Danka Barteková, France's Tony Estanguet, and James Tomkins of Australia, whose positions on the body carry automatic IOC membership - were due to be replaced this year when their terms expired at the Olympic Games in Tokyo.

The IOC Executive Board approved extending their membership, following the postponement of the Athletes' Commission elections until 2021.