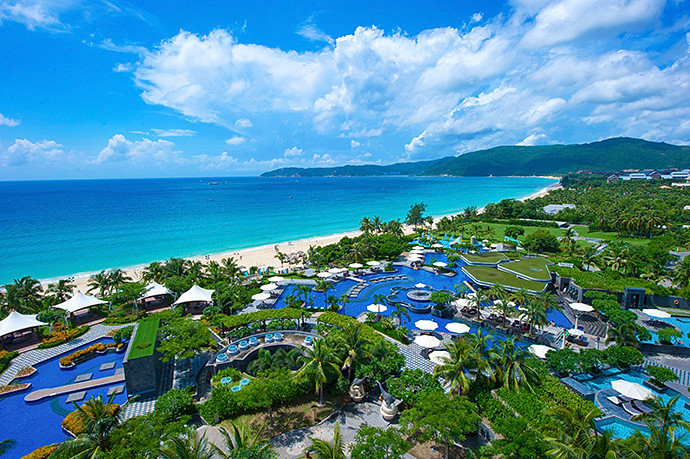 This year's Asian Beach Games, due to take place in Sanya City from November 28 until December 6, looks set to be rescheduled for next year after the Chinese Government decided to cancel international events for the rest of 2020.

The country's General Administration of Sports made the announcement on Thursday (July 9) claiming that "science and order" was behind the decision following the outbreak of the coronavirus pandemic.

But most governing bodies, including the Olympic Council of Asia (OCA), were taken by surprise by the announcement.

"The Olympic Council of Asia and the Chinese Olympic Committee are in discussion to reschedule the dates of the Sanya Asian Beach Games," a statement sent by the OCA to insidethegames said.

"The three parties have been in constant contact all year regarding the Asian Beach Games in Sanya and are closely monitoring the situation on a daily basis and working together closely to adjust the dates, if required.

"Once a decision has been made, OCA jointly with Chinese Olympic Committee and the Sanya Asian Beach Organising Committee will announce the new dates regarding the sixth Asian Beach Games."

A decision is expected within 15 days.

Sanya, located on the southern end of China’s Hainan Island, is set to be the host of the sixth edition of the Asian Beach Games since it was launched in Bali in 2008.

More than 2,000 athletes from over 40 countries were set to compete in 19 sports, including 3x3 basketball, beach handball, dragon boat and teqball.

The General Administration of Sports said the only exception to the ban would be for test events for the 2022 Winter Olympics, due to take place in Beijing.

The decision to cancel the international events affects at least six Women's Tour Association (WTA) tennis events, including the WTA Finals in Shenzhen in November.

Shanghai was also due to host two big golf events, one of which was set to be the men’s HSBC Champions, a World Golf Championship event between October 29 and November 1

Xiamen was to host the Asian Sport Climbing Championships in October, and Guangzhou the badminton World Tour Finals between December 16 and 20.

"The Badminton World Federation (BWF) is aware of the directive announced by the General Administration of Sport of China regarding the restriction of international sports for the rest of 2020," the sport's international governing body said in a statement today.

"BWF is in close contact with its relevant partners including the Chinese Badminton Association to get more clarity on the situation and how this affects the BWF tournament calendar for 2020."

The decision has put paid to any chance of reviving Formula One’s Shanghai Grand Prix postponed in April, and affects two cycling stage races in October, the men’s Tour of Guangxi, and the women’s Tour of Chongming Island.

China, which was the source of the coronavirus outbreak last December, claims to have had only 85,000 reported cases, according to Johns Hopkins University, but has grown increasingly cautious about people from outside the country bringing the virus back.