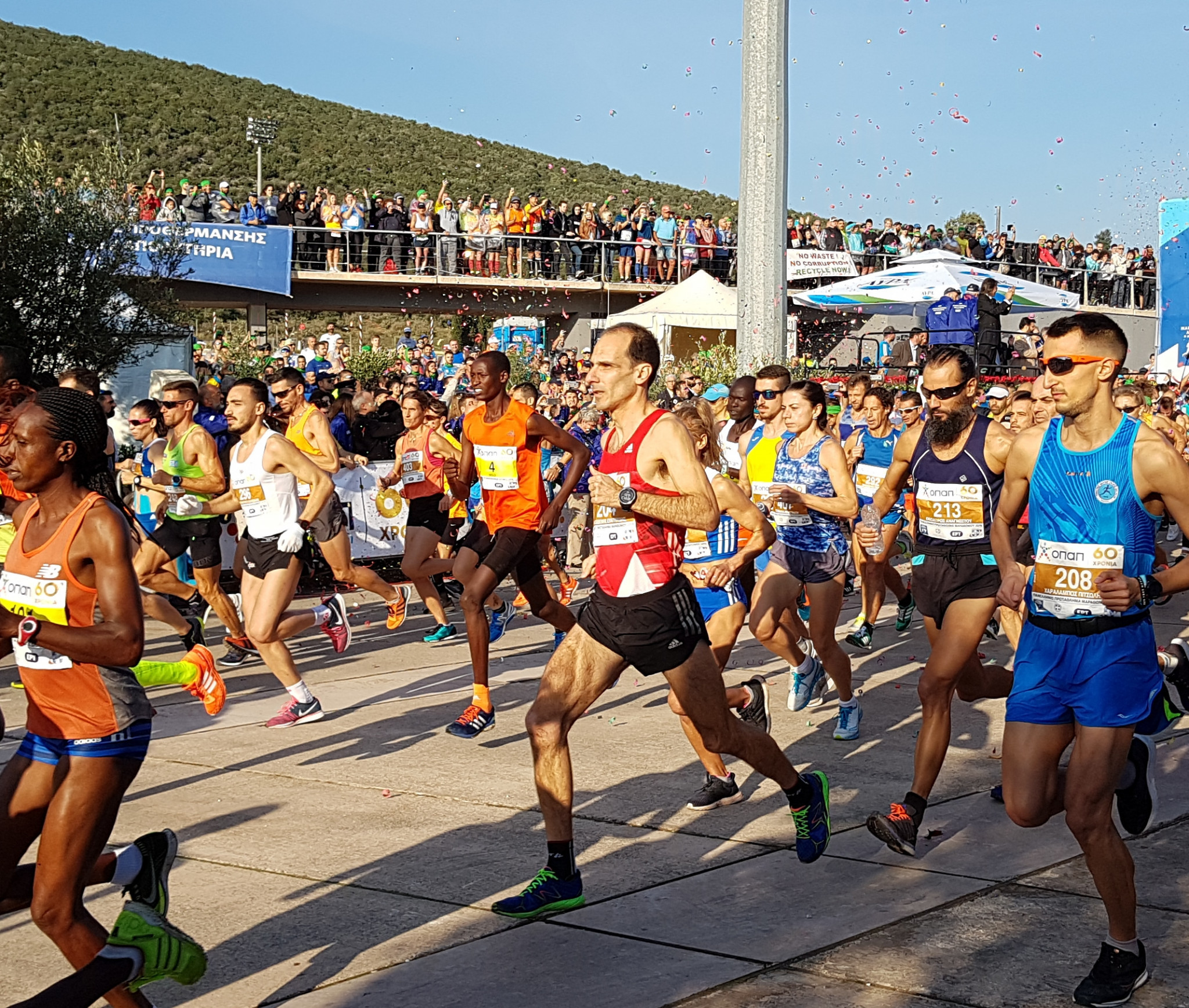 The Athens Marathon - and the postponed Athens Half Marathon - have been cleared to take place later this year, with social distancing restrictions.

The Marathon is set to be run on November 8, with the Half Marathon - postponed last March - currently scheduled for some 50 days earlier, on September 20.

Greece has so far succeeded in holding COVID-19 relatively well at bay, and authorities have approved a health protocol putting a ceiling of 5,000 participants on individual road races.

For this reason, the 2020 Marathon will be split into two individual races of 5,000 runners each, with the second race starting an hour after the first.

Allowing for four shorter races taking place over the November 7/8 weekend, organisers expect to cater for a maximum 30,000 competitors over the two days.

There will be no invited foreign elite athletes; however, while the race will be smaller than usual - the 2019 race produced 17,000 finishers - non-Greek-based recreational runners can register, though they will be expected to abide by relevant travel restrictions that may be in force at the time of the event.

There will be no Marathon awards gala attached to this year’s race, but a symposium for race directors from around the world is still planned.

The pandemic has had a devastating impact on the 2020 road-running season, with half the races in the World Marathon Majors series – Boston, New York City and Berlin - cancelled and the Tokyo event in March significantly scaled back.

The London Marathon is still currently scheduled for October 4, although serious doubts remain over whether it will take place.

According to Makis Asimakopoulos, general manager of the Athens Marathon: "As far as the 2020 Athens Marathon - the authentic event is concerned, let me inform you that we are planning to hold it on 7-8 November, as originally scheduled.

"We have decided to do so, taking advantage of the very good job the Greek Government and people have done so far in dealing with the COVID-19 pandemic crisis."

Asimakopoulos told insidethegames that race organisers intended to "play our role, as the birthplace of the marathon, in restarting the cycle of mass participation marathon events internationally".

The Athens Marathon, first run as a sports event at the inaugural modern Olympic Games in 1896, retraces, as closely as feasible, the steps of Pheidippides, who is believed to have brought Athenians news of their against-the-odds victory over the Persians at the Battle of Marathon in 490 BC.