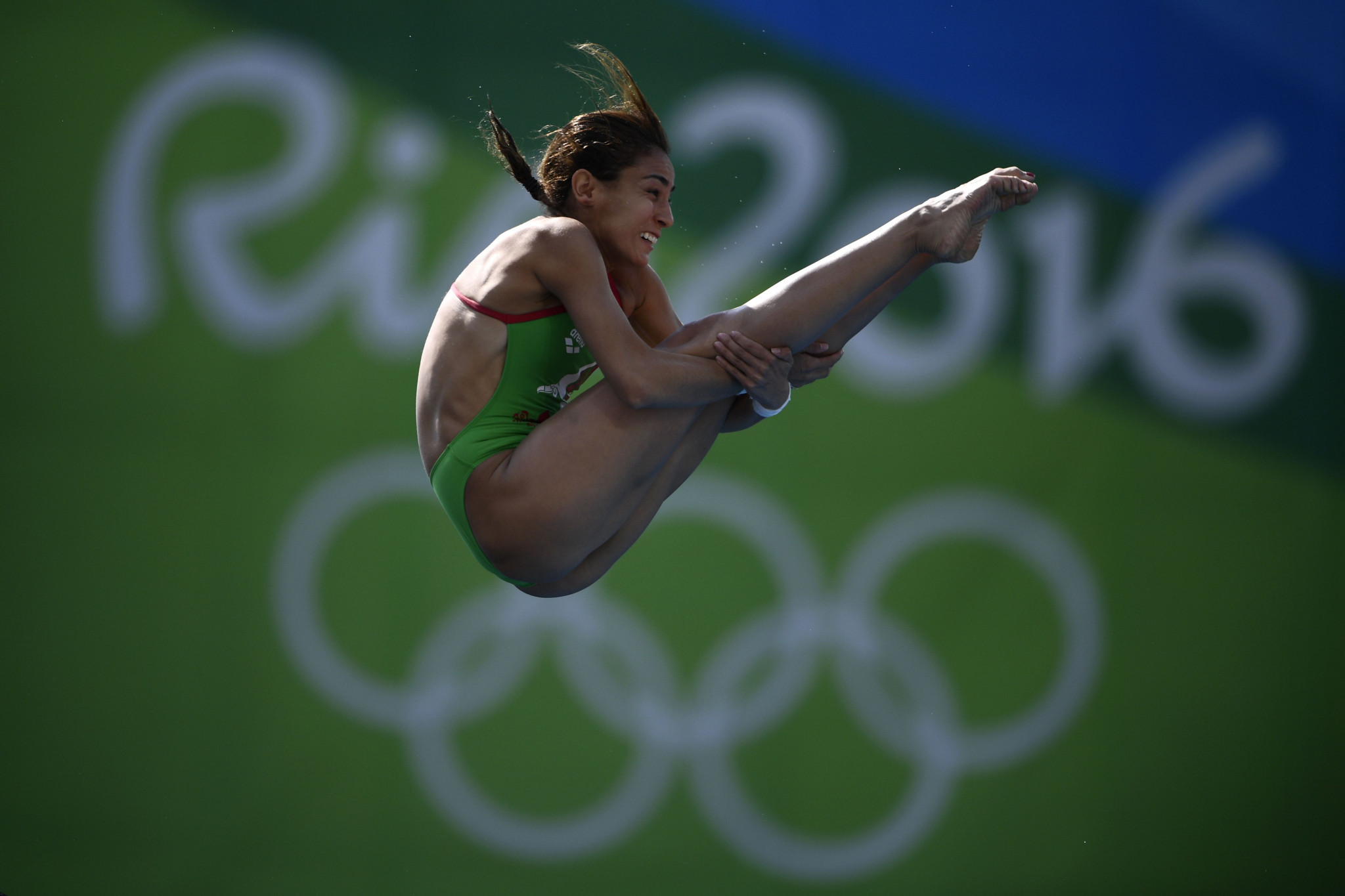 Mexican diver Paola Espinosa says the opportunity for her daughter to see her compete is acting as motivation to reach a fifth Olympic Games in Tokyo in 2021.

Espinosa, 33, who won silver at London 2012 and bronze at Beijing 2008, both in the women's 10 metres synchro, has competed in four Olympics for her country, and carried Mexico's flag at the Opening Ceremony in Beijing.

Espinosa said finding motivation to target a place at Tokyo 2020 was difficult, before she gave birth to her daughter Ivana, now aged three.

"My motivation was reborn with her {Ivana}", said Espinosa.

"What I want is for my daughter to have the opportunity to see me on a diving board at the Olympic Games.

"I want to show her the values that my parents taught me at home and that I developed through sports, give them to her and that she witness them from her own mother."

Espinosa said she experienced mixed feelings following news of the postponement of Tokyo 2020 by 12 months because of the global coronavirus pandemic.

"I could not believe it," she said.

"It was a bucket of cold water.

"I had a good streak and I felt ready.

"But at the same time I understood it.

"Everyone is in the same situation.

"And if sport has taught me anything, it is to be patient and adapt to circumstances."

With the coronavirus pandemic leading to restrictions in Mexico, Espinosa has not dived for several weeks, however she says she is adapting to a new routine and enjoying the extra time she is spending with Ivana.

Before the postponement of Tokyo 2020, Mexico had already secured six qualification spots across the two diving disciplines.

One of these berths was secured by Espinosa along with her partner Melany Hernández, after they won bronze in the synchronised 3m springboard at the 2019 World Championship in Gwangju in Korea.

Despite having achieved the quota place, Espinosa's fate lies in the hands of the Mexican Swimming Federation, who make the final call on which athletes represent the country in Japan next year.

Espinosa is hopeful she will be selected and have the opportunity to act as a role model for other female athletes.

"In Mexico, there are no women who, after being mothers, return to a high competitive level, who return to fight for a place in the Olympic Games," said Espinosa.

"It became a challenge for me to demonstrate that motherhood is not at odds with continuing to fulfil your dreams, which, on the contrary, must be a motivation.

"Melany and I are a well-established couple, already competitive worldwide.

"We are ready and prepared and I hope that, in the end, we will have that spot with our names because we have worked hard to get it and we deserve it.

"I still don't think about retirement.

"I want to fight for a medal at the Olympics for myself, my country and my daughter."