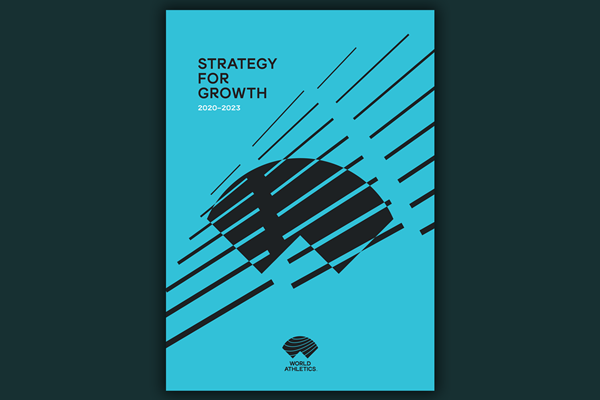 Alternating Road and Off-Road Championships and the inclusion of cross country at the Olympics are among the goals in World Athletics’ Strategic Plan for 2020-2023, published today.

A biennial World Athletics Road Championships combining the World Half Marathon, a mass participation race and other elements such as the World Race Walking Team Championships is proposed in the four-year Plan.

World Athletics will also push ahead with efforts to get cross-country into the Winter Olympics.

Following Sunday’s announcement of a new partnership with parkrun, which will attempt to maintain the momentum of those who have boosted exercise levels during lockdown by providing a network of running events associated with World Championship venues, World Athletics makes increasing participation one of its central missions.

"Our overarching vision and the purpose of this Strategic Plan is to grow the whole of our sport," the document, entitled Strategy for Growth, says in its Executive Summary.

"We know that in the short term this will initially be restricted by the social distancing guidelines the world is under but on the other hand, the vital importance of daily exercise in maintaining fitness and health during this time has resulted in many people taking up walking and running and playing simple games involving running, jumping and throwing with their families.

"In many ways, there has never been a better time for us to recognise and build on what our sport can offer, in its purest form."

The introduction states: "World Athletics is often thought of largely in terms of elite track and field.

"However, we are the global governing body for the whole sport, across all its forms and across the entire planet – from competitive and leisure activities for all ages and abilities.

According to the plan’s timelines, the "Aggregated Road/Off Road Championships" will be ready to deliver at the start of 2023 and the same timescale is envisaged for the "Inclusion of Cross Country into Olympics."

Regarding the proposed new Road Championships, the document describes them as: "A weekend celebration of running combining world class elite events and athletes with mass participation competitors.

"There is also the possibility of hosting a World Athletics Off-Road Championship in the intervening years which could combine the World Cross Country Championships with other off-road disciplines {trail, mountain running, etc.}"

On the subject of cross country, the document says World Athletics will seek to "extend the reach of the Olympic Games by working with IOC and other stakeholders to include cross country within the athletics programme."

Aside from participation, the other main target areas for World Athletics over the next four years concern People, Fans and Partnerships.

Among the aspirations are doubling the number of new recruits who support delivery of the sport, whether they be coaches or other officials.

There are plans to increase broadcast reach by "at least 10 per cent" and to double the sport’s digital following.

Another stated ambition is to double the number of commercial and non-commercial partners.

"This is an exceptional body of work that brings together all the great things we do as a global sport body with a laser sharp focus on doing it better, and includes some innovative and creative ideas to drive growth in our sport."

The full Strategic Plan can be read here.