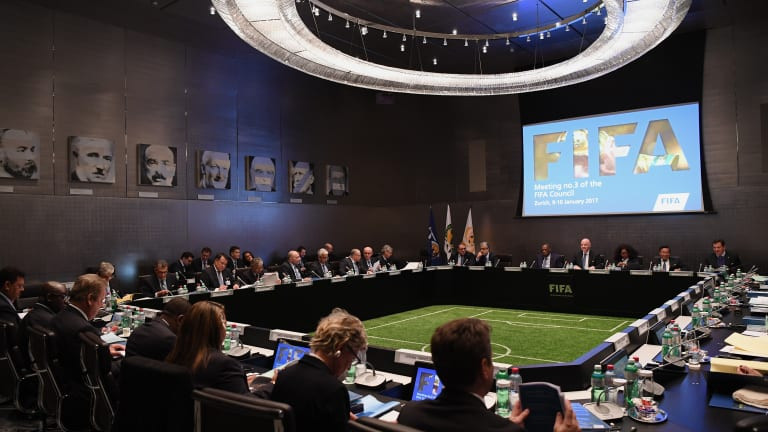 FIFA is set to decide whether Australia and New Zealand or Colombia will host the 2023 Women's World Cup at a Council meeting tomorrow.

The host had been due to be appointed at the FIFA Council meeting prior to the Congress in Ethiopian capital Addis Ababa, moved online and postponed until September 18 due to the coronavirus pandemic.

Instead it will be decided during tomorrow's virtual Council meeting using an open voting process, with the results and votes by the members set to be made public.

Australia and New Zealand's joint bid is considered the red-hot favourite to be awarded the tournament, having achieved the highest score of 4.1 in the FIFA evaluation report published earlier this month.

If successful, the joint bid would result in the first cross-Confederation hosted World Cup and the first ever Women’s World Cup in the Asia-Pacific region.

Australian Prime Minister Scott Morrison and New Zealand's Prime Minister Jacinda Ardern have both been heavily involved in the bid race, with both leaders set appear in the final presentation to the FIFA Council tomorrow.

Colombia is the only other contender following the recent withdrawals of Brazil and Japan from the race.

The country received a score of 2.8 in the evaluation report, which said that "a significant amount of investment and support from both local stakeholders and FIFA" would be necessary to improve the bid.

Should the tournament be awarded to the two countries in Oceania, the opening game would take place in Auckland's 50,000-seat Eden Park, with Sydney's 70,000-capacity Stadium Australia set to host the final.

Other items on the agenda for tomorrow's Council meeting include an update on FIFA's COVID-19 relief plan, amendments to the regulations for the football contest at next year's Olympics in Tokyo, and a discussion on the men's international match calendar.

The full agenda for the meeting can be read here.