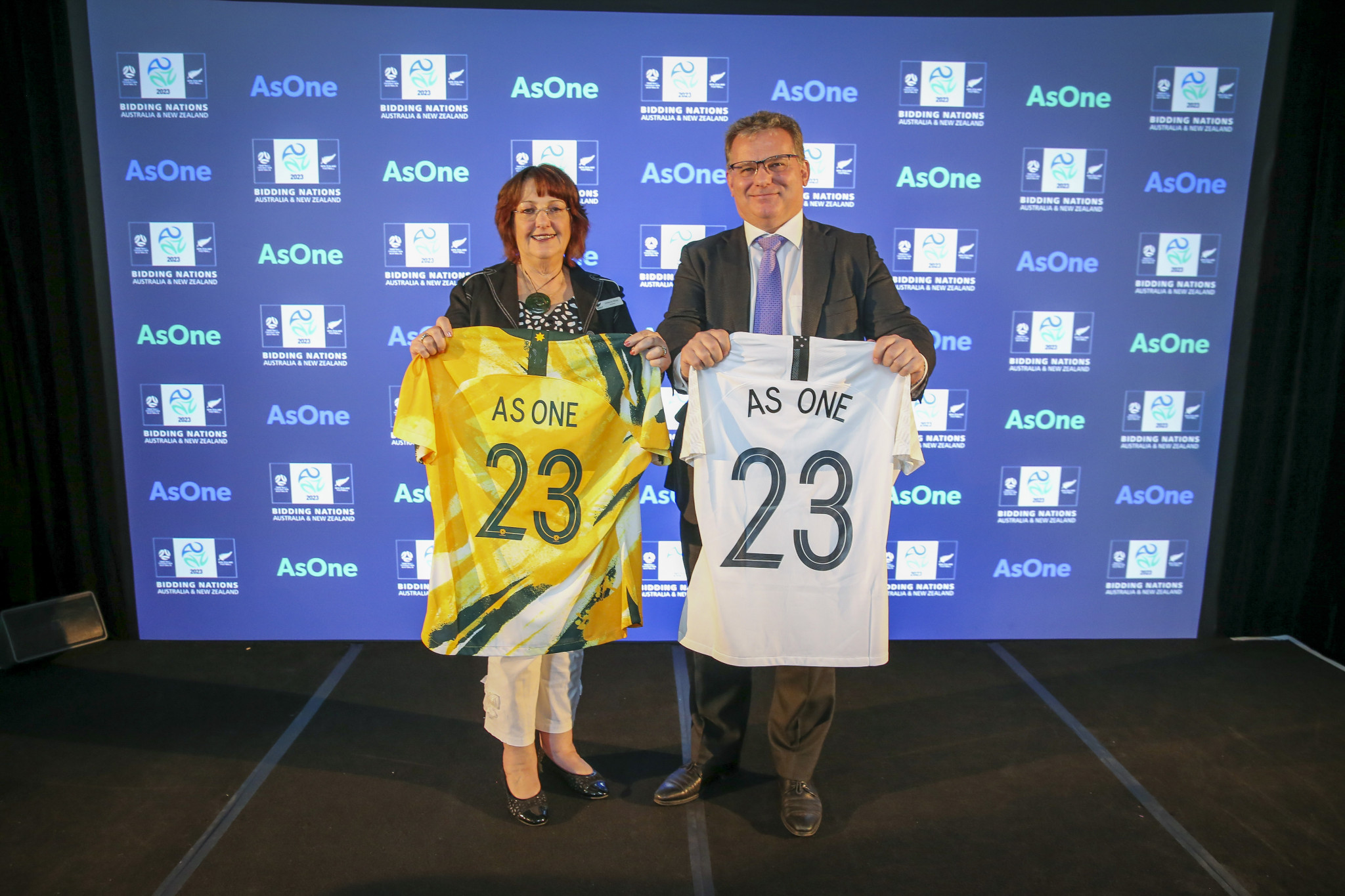 The joint bid from Australia and New Zealand for the 2023 FIFA Women's World Cup has scored the highest in an evaluation report of the three contenders published by football's governing body.

The trans-Tasman effort scored an average of 4.1 out of five with Japan tallying 3.9 and Colombia 2.8.

All three bids will now go forward to the FIFA Council which will select the winner at an online meeting on June 25.

FIFA has been left with a three-horse race for their flagship women's tournament after Brazil withdrew its bid earlier this week, citing financial concerns related to the COVID-19 pandemic.

"The Australia/New Zealand 2023 bid provides a variety of very good options in terms of sporting and general infrastructure," the report states.

The report acknowledged that a joint bid between two countries can be a "more complex undertaking".

However, it added that Colombia would need "a significant amount of investment and support from both local stakeholders and FIFA" to elevate its bid to the level of the other two.

Japan's bid was praised for its compact tournament plan and "excellent" general infrastructure, and was also described as "strong" from a commercial standpoint.

The single Japanese time zone is also a plus but FIFA's preferred window for the tournament of July and August means the event would take place in extreme heat, unless it was moved to another part of the year.

"One year after the record-breaking eighth edition of the FIFA Women's World Cup in France, the FIFA Council will decide on the host for the ninth edition of the tournament in 2023, which we hope will be even bigger and better," said FIFA secretary general Fatma Samoura.

"The quality of the bids is testimony to the tremendous momentum women's football has generated and we are looking forward to building on this to take women's football to the next level at the FIFA Women's World Cup 2023."

None of the bidders has ever hosted the Women's World Cup before, and the tournament has never been shared between two countries.

"I am delighted that we have scored so strongly in FIFA's bid evaluation report and been described as offering the most favourable commercial proposition," said Football Federation Australia President Chris Nikou.

"We are confident that our combination of technical excellence, record breaking crowds, commercial certainty, a warm embrace from our 200 different cultures and genuine impact across the region where the legacies will be profound will prove a compelling offer to FIFA and its confederations."

New Zealand Football President Johanna Wood added: "We hosted a very successful inspection visit and we are delighted by today's FIFA bid evaluation report which reinforces our belief that we would host a technically excellent FIFA Women's World Cup 2023."

Japan co-hosted the men's World Cup in 2002 with South Korea.

The United States won their fourth world title and their second in a row in France last year.

The full evaluation report can be read here.