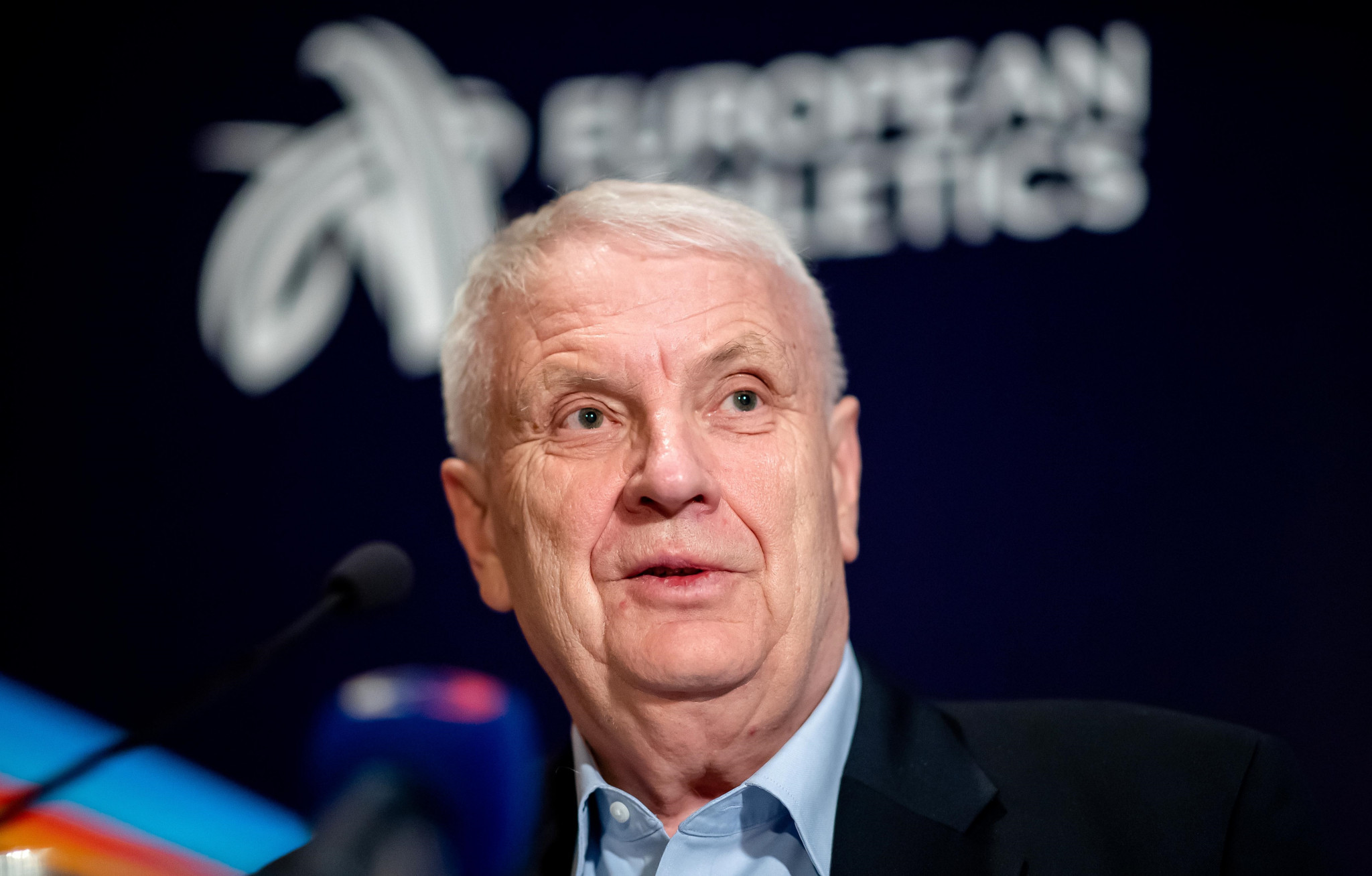 The athletics community has paid tribute to European Athletics President Svein Arne Hansen, who passed away yesterday at the age of 74.

Hansen, who suffered a stroke in March, died at his home in Oslo in Norway.

Many of the biggest names in athletics have paid their respects to Hansen, including World Athletics President Sebastian Coe.

"Today I lost of my closest friends", Coe tweeted.

"He gave me my first big international break in athletics in 1979.

"He was a game changer in our sport, a proud family man and an effective and wise leader who helped generations of athletes fulfil their dreams."

“Today I lost one of my closest friends. He gave me my first big international break in athletics in 1979. He was a game changer in our sport, a proud family man and an effective and wise leader who helped generations of athletes fulfill their dreams. https://t.co/m4ftYVKknP

Coe added in a World Athletic statement: "He brought a professionalism to our one-day meetings that is still the template today and crucially he had the political savvy to be able to do that and navigate the sport from an amateur era into becoming an open sport and then a professional sport when there was a real risk that fault lines between East and West Europe could split the sport apart."

"Saddened beyond belief that my great friend and mentor the European Athletics President Svein Arne Hansen has gone to his final resting place.

"I will remember his advice forever and look to him for inspiration as I try to build on his strong legacy."

"So sad to have lost my great friend and mentor Svein Arne Hansen today", Varhaník wrote.

"A true leader of integrity and an athletics man to the core, he made a tremendous contribution to our sport which we as the next generation owe him to continue."

"Our commitment, today more than ever, must be to continue with his vision, ideas and legacy.

"Athletics loses a great man, we lose a great friend."

So sad to hear of the passing of my big boss the President of @EuroAthletics Svein Arne Hansen....he paved the way for me to be only the 2nd female Vice President of EA and was always so supportive & full of encouragement & advice... I and the sport will miss him so much RIP ? https://t.co/aHaTg0OD30

"So sad to hear of the passing of my big boss, the President of European Athletics Svein Arne Hansen", Alexander began, adding that "I and the sport will miss him so much".

European Athletics Council member and ex-French Athletics Federation general director Jean Garcia added: "Like many others around the world, I am very sad to hear of the passing of Svein Arne Hansen.

"We both had respect for each other and had very many common points including the development of athletics in Europe - he was a great leader who wanted the best for athletics."

Sad to hear of the passing of Svein Arne Hansen. I competed many times in Oslo. He was always a pleasure to work with. RIP.

Athletes such as four-time Olympic champion Michael Johnson have also been paying homage to Hansen, European Athletics’ fifth President and who was serving his second term in the role.

Among other roles, the Norwegian was assistant meeting director of the Bislett Games from 1973 to 1984 and President of EuroMeetings between 1998 and 2006.

Johnson descried Hansen as "a pleaseure to work with".

Ex-marathon world record holder Paula Radcliffe is another high-profile athlete to have paid tribute to Hansen.

"A huge character who loved and lived athletics and gave so much to our sport."

Fellow Briton and former middle-distance runner Jenny Meadows said: "Absolutely devastated to hear of the passing of someone that was one of a kind.

"He knew the sport, understood the challenges, was keen to embrace change and appreciated people - we will all miss him so very much."

American triple jumper Christian Taylor, a two-time Olympic champion, said: "I am blessed to have made such a great friend in this sport and will cherish every moment we shared.

"Thank you for your leadership, support and positivity."

R.I.P. @SvenPres The world of track and field will miss you and your passion, enthusiasm and dedication for the sport. pic.twitter.com/FmqNcng3w1

"Svein Arne has been the beating heart of European athletics for many years and someone who embraces the role of President with huge energy, enthusiasm and trademark good humour", Killane said.

"All who met Svein Arne were won over by his warmth and generosity."

Hansen's first administrative position in athletics came in 1968, when he served on the Norwegian Athletics Federation Junior Committee and did so until 1972.

He then became the assistant meeting director of the Bislett Games for 11 years, before moving up to the role of director for the event - a title he held for 24 years.

Hansen was also vice-president of the Norwegian Athletics Federation from 2001 to 2003 and the President until 2015, when he became European Athletics head.

The Norwegian was also chairman of the 2022 European Championships Board.