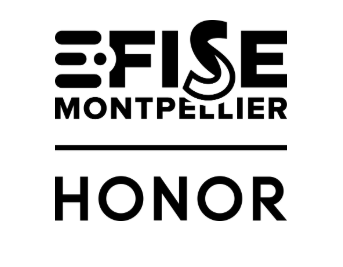 The International Gymnastics Federation (FIG) and the International Festival of Extreme Sports (FISE) have announced plans for a digital event to replace the Montpellier Parkour World Cup competition.

The FIG and FISE have partnered on the event due to travel and competition being halted for the season due to the coronavirus pandemic.

The parkour virtual competition freestyle will feature over the next three months as part of a wider E-FISE event, along with BMX, skateboarding and breaking disciplines.

Audience votes will help to determine the winner of the event.

Qualification will begin in July, with 50 per cent of an athletes' score decided by fan-voting on the E-FISE website.

The remainder of the score will be decided by a panel of four FIG parkour judges.

Finalists will be announced in August, with athletes challenged to deliver a second unique performance.

The top eight athletes in the men's and women's freestyle events will compete in their division's final.

The athletes will produce and submit new entries, with scores and rankings from qualification not carrying over into the finals round.

The winners will be announced in September, following the conclusion of voting by fans and the judges.

FIG Parkour Commission President Charles Perriere hopes athletes can adapt to the unusual format, but stressed they have to follow the lockdown rules in place in their own countries.

"Judges will be paying special attention to the way athletes use the space and the skill choices they make," he said.

"The 'use of the course' criteria have been adapted for fairness.

"The judges will be impressed by skills, not locations.

"There is a panel of moderators who will assess and approve all entries, but we ask competitors to carefully read the rules first, before filming."

Athletes will submit two videos to enter, each running for between 30 to 59 seconds.

For the public vote, edits and effects are allowed, while judges will review a single unedited run.

To make sure that clips are original and current, the run must start with the athlete holding up the E-FISE start sign.

"This is a great opportunity for FIG athletes," said Micaela Buono Pugh, the athlete representative on the Parkour Commission.

"The E-FISE partnership will provide exposure to millions of people.

"We have negotiated an agreement for athletes to have their own clothing sponsors endorsed and shown – which is great.

"It's another way we can support our community."

Athletes will represent their country and each federation will be given access to videos to help promote their athletes and the sport.

The E-FISE dedicated digital platform is expected to feature a schedule of live athlete question and answer sessions, streaming performances and DJ sets.