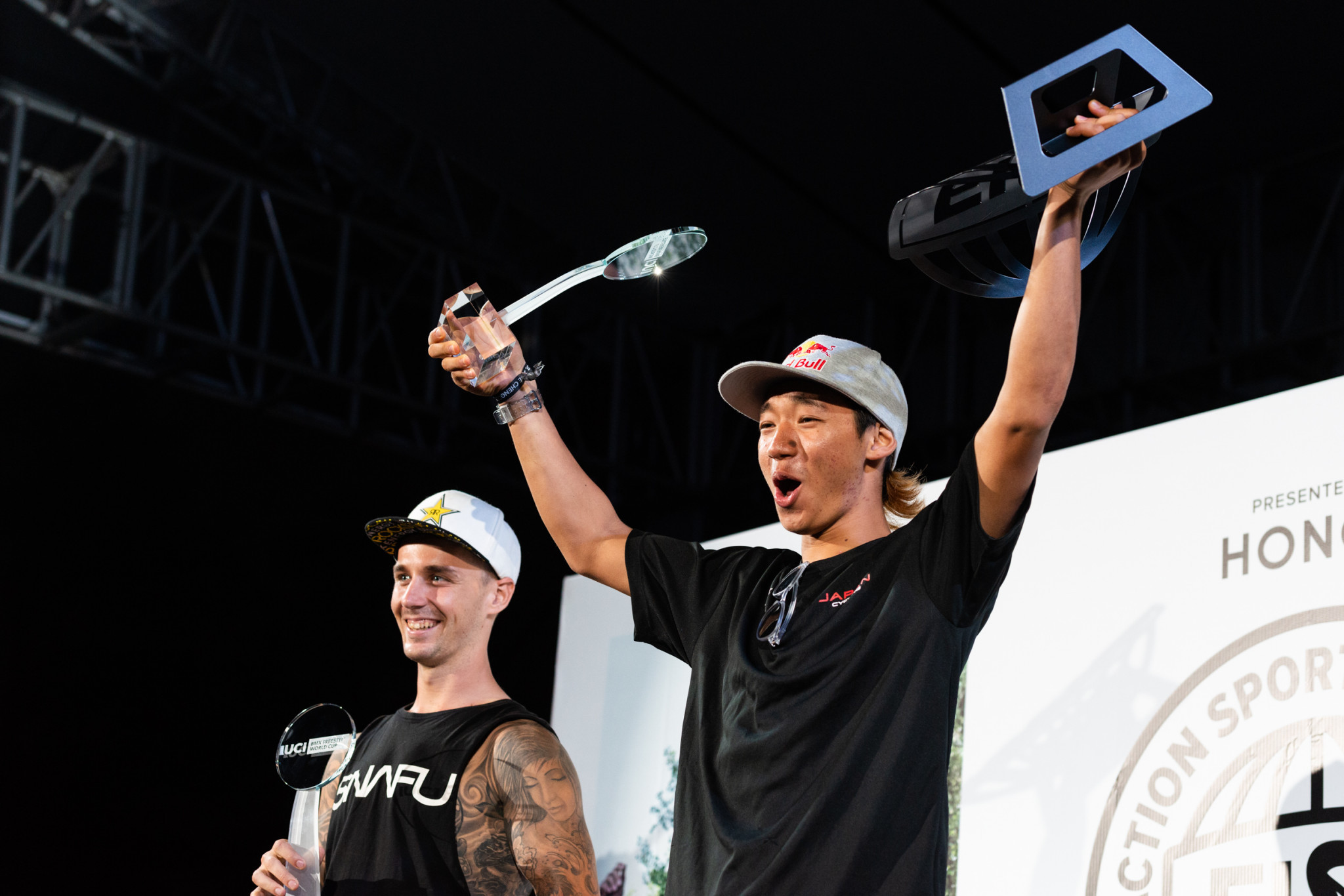 Japan's Rimu Nakumara became the youngest men's BMX Freestyle Park World Cup winner less than a year before the discipline makes its Olympic debut at Tokyo 2020 after triumphing at the International Festival of Extreme Sports (FISE) World Series in Chengdu.

The men's final at Qingshui River Park was cancelled due to heavy rain, resulting in Nakumara topping the podium due to his semi-final score of 93.20 points.

The silver medal went to Declan Brooks of Britain with 92.00 and Nick Bruce of the United States received bronze for 91.20.

The result gave 17-year-old Nakumara victory in the overall standings with 26.200 points, followed by Logan Martin of Australia on 24.100 and Justin Dowell of the US on 23.400.

Another teenager, America's 18-year-old Hannah Roberts, then emerged victorious in the women's competition with 93.80, followed by compatriot Perris Benegas with 90.20 and Charlotte Worthington of Britain on 88.40.

Japan's Misaki Katagiri was the winner in the women's flatland contest with 84.75 points, while Irina Sadovnik of Austria came second on 71.00 and Julia Preuss of Germany third with 67.25.