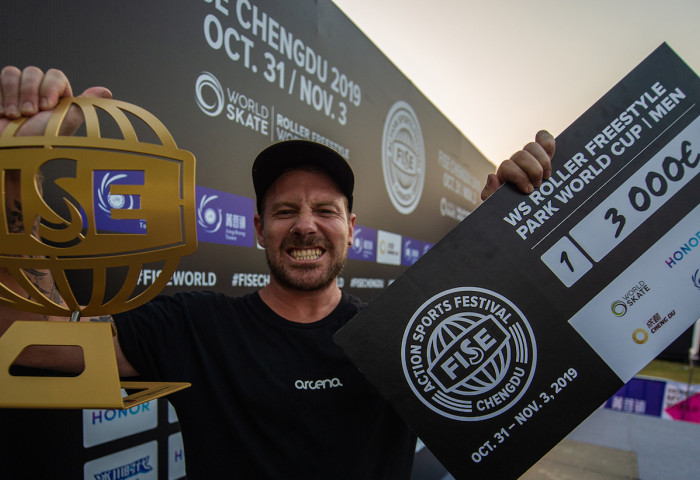 CJ Wellsmore of Thailand was the winner in the roller freestyle event at the International Festival of Extreme Sports (FISE) World Series in Chengdu.

Joe Atkinson of Britain was second with 85.25, while Diako Diaby of France managed 84.37.

It was Atkinson that topped the overall Roller Freestyle Park World Cup standings, however, with Chengdu the final stop of the season.

Ivan Monteiro of Brazil was the victor in the skateboard street competition, scoring 87.25.

Some of today’s choice action. 👊

In second was Ike Keyaki of Japan with 85.25, while Richard Tury of Slovakia finished third with 83.00.

The finalists for the BMX Freestyle Park World Cup were decided, with Hannah Roberts of the United States qualifying with the highest score, 94.80.

Compatriot Perris Benegas was second with 92.40 and Charlotte Worthington of Britain qualified third with 86.80.

The men's and women's BMX Freestyle Park World Cup are scheduled for tomorrow.