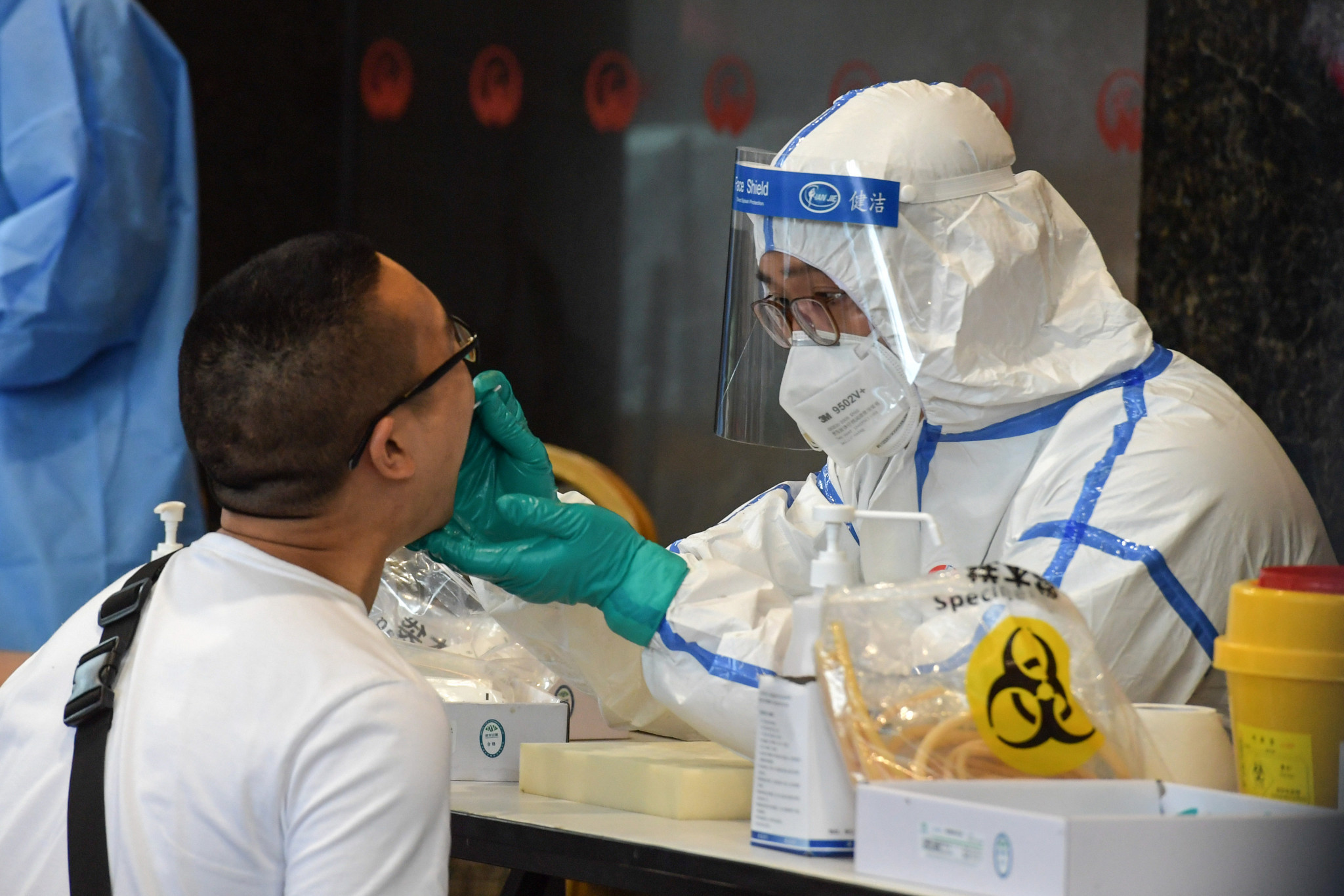 Beijing has halted sporting events and reintroduced coronavirus restrictions as the number of new cases has reached its highest level since March in the Chinese capital.

Officials confirmed 36 cases had been recorded yesterday, matching the total for the previous day.

The figures marked the highest daily infection count since the end of March.

A World Health Organization (WHO) statement said the cases were linked to the Xinfadi Market, following initial investigations with swabs taken from human and environmental samples.

"All cases are in isolation and under care as needed, and contact tracing is underway," the WHO said.

"Genetic sequencing of samples is also underway and rapid sharing of these results is important to understand the origin of the cluster and links between cases.

"WHO has offered support and technical assistance, as well as requested further information about the cluster and the investigations underway and planned."

The Xindadi market has been closed, with Beijing beginning mass testing and contact tracing in a bid to halt further cases.

The rise in cases has seen sporting events halted in Beijing, which is due to host the Winter Olympic and Paralympic Games in 2022.

This was confirmed by a public notice issued by Beijing’s Municipal Sports Competitions Administration Centre.

"Due to changes in the situation of epidemic prevention and control in Beijing, all kinds of sports events will be suspended in the city from now on to reduce the risks brought by people's mobility and gathering, and ensure the health and safety of the people," the statement read.

Chinese Super League team Beijing Guoan has reportedly been forced to cancel a friendly match due to new restrictions.

The friendly came as the Chinese Super League sough to launch its upcoming season.

The rise in new cases has prompted concerns over the potential for a second wave of the virus, which has already seen eight million cases reported worldwide and over 435,000 confirmed deaths.

"The risk of the epidemic spreading is very high, so we should take resolute and decisive measures," said Xu Hejiang, Beijing City Government spokesman, according to Reuters.