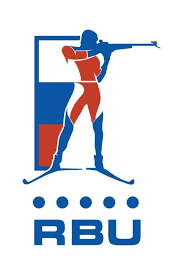 Russian Biathlon Union (RBU) President Vladimir Drachev has warned the amount of money the organisation needs to pay the International Biathlon Union (IBU) as part of its conditions for full reinstatement is likely to have increased.

The RBU, relegated to provisional member by the IBU in December 2017 as punishment for the widespread doping scandal in the country, currently owes the worldwide body at least €350,000 (£312,000/$396,000), according to Russia's official state news agency TASS.

Drachev, who has come under increasing pressure in recent months and is facing calls to resign, said he "would not be surprised if the amount [owed to the IBU] has increased".

The four-time world champion cited costs in doping cases as among the reasons why he is anticipating the figure to rise.

The IBU received an update on the RBU's progress in meeting the 12 criteria required for it to be restored as a full member during its latest Executive Committee meeting.

"We did not receive updated information on the amount of the debt, it remained the same as it was on February 4,” Drachev told TASS.

"But I won’t be surprised if this amount has already increased.

"Since then, several proceedings have been held [on doping cases of Yevgeny Ustyugov and Svetlana Sleptsova], lawyers were involved in the work, and for this we all will have to pay."

The RBU's provisional membership status limits its rights with the IBU, including being unable to vote at Congresses, but does not prevent Russian athletes from competing under their own flag at major biathlon events.