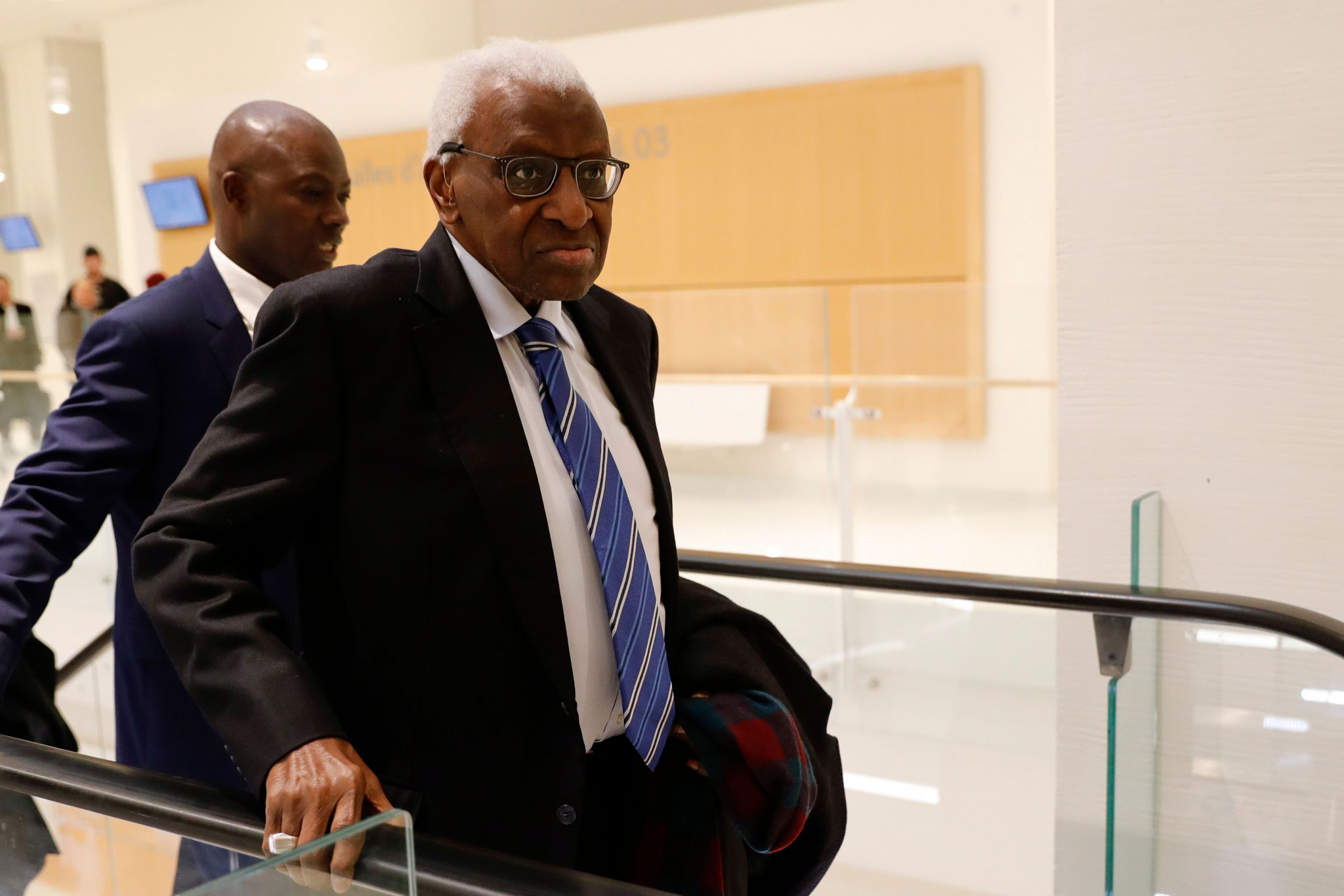 The trial of former International Association of Athletics Federations (IAAF) President Lamine Diack in Paris has been delayed until June after prosecutors received documents concerning testimony from his son and co-defendant Papa Massata Diack.

Diack, accused of corruption, influence-trafficking and money laundering in a case linked to the Russian doping scandal, will remain in France before the trial resumes after his lawyers' request for him to return to Senegal was rejected.

The 86-year-old, who is alleged to have covered up positive drugs tests from Russian athletes, appeared at the Tribunal de Grand Instance de Paris for a trial which had been scheduled to run three days a week until January 23.

But the case, which could have far-reaching consequences for world sport, has now been adjourned after the national financial prosecutor's office was handed documents relating to evidence given by Papa Massata Diack in November.

Prosecutors asked for more time to review the new evidence from Papa Massata, who did not appear at the trial as he refuses to be extradited from Senegal.

They said they received three folders of notes - which reportedly include testimony Papa Massata gave to investigators in Senegal - only hours before the start of the hearing in the French capital.

The dramatic twist postpones Diack's eagerly-awaited trial, where he is standing alongside former advisor Habib Cisse and Gabriel Dolle - the former anti-doping chief at the IAAF, since rebranded as World Athletics.

Cisse and Dolle were also present at the hearing.

Diack, IAAF President from 1999 to 2015, denies the allegations but is facing the remainder of his life in jail as the charges against him carry a maximum prison sentence of 10 years.

Former Russian Athletics Federation President Valentin Balakhnichev and Alexei Melnikov, the former head Russian athletics distance coach, are also due to stand trial but have refused to cooperate with the long-running French investigation.

It began in November 2015 when Diack was placed under formal investigation on suspicion of corruption and money laundering.

Investigations by the French Financial Prosecutor's Office in 2018 also include allegations that Diack obtained Russian funds for political campaigns in Senegal, in exchange for the IAAF anti-doping arm covering up Russian offences.

Papa Massata Diack was banned for life by the IAAF in January 2016, alongside Balakhnichev and Alexei Melnikov.