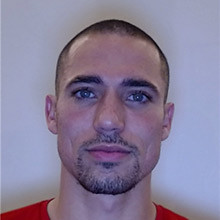 Canadian sprinter Graeme Thompson has been suspended for two years after the Canadian Centre for Ethics in Sport (CCES) ruled he had ingested banned substances unintentionally.

Thompson, ranked 85th in the world in the men's 400 metres, tested positive for clenbuterol and tamoxifen in an in-competition test in July.

He has avoided the maximum four-year ban as the CCES determined that the violation committed by the athlete was not intentional.

Thompson waived his right to a hearing and accepted the suspension, which expires on October 9, 2021.

The decision from the CCES rules him out of attempting to qualify for the Tokyo 2020 Olympic Games, postponed by a year because of the coronavirus pandemic.

Clenbuterol is an anabolic agent and tamoxifen is a hormone and metabolic modulator.

Both substances are on the World Anti-Doping Agency (WADA) prohibited list.

Clenbuterol has long posed a problem for anti-doping authorities as it can be found it contaminated meat, with several such cases arising in China and Mexico.

WADA has previously conceded that it does not have any scientific means to distinguish whether failed drug tests for clenbuterol have resulted from contaminated meat or genuine doping.

It insisted, though, that a failure for the steroid in countries considered "high risk" for contamination –  notably Mexico and China – is not a "free pass" permitting no further action to be taken.