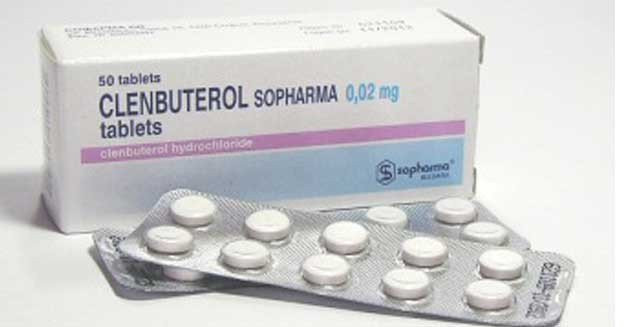 An amendment to the World Anti-Doping Code to allow World Anti-Doping Agency (WADA)-accredited laboratories to report Atypical Findings (ATFs) for the prohibited substance clenbuterol is set to come into force tomorrow.

WADA's Foundation Board decided to amend Article 7.4 of the Code on May 16.

Under the current version, laboratories may only report analytical testing results for exogenous prohibited substances as Adverse Analytical Findings but not as ATFs, which does not allow for investigations to take place when potential meat contamination scenarios arise – as has been the case with clenbuterol.

As such, if the current Code is strictly followed, Anti-Doping Organizations (ADOs) are required to assert an Anti-Doping Rule Violation (ADRV) against the athlete if the B-sample results confirm the A-sample findings or the athlete waives the analysis of their B sample.

The purpose of the amendment – an interim solution until the 2021 Code and the forthcoming International Standard for Results Management come into effect – is to provide ADOs with the possibility of conducting an investigation when low concentrations of identified prohibited substances that are known meat contaminants are detected by laboratories and reported as ATFs.

It is claimed this will ensure that valid meat contamination cases are dealt with fairly and, notably, may prevent athletes from having their competition results disqualified as a result of eating contaminated meat.

In order to provide guidance to ADOs faced with potential meat contamination cases, WADA has developed a Stakeholder Notice regarding Meat Contamination that details the reporting instructions for laboratories depending on the concentration of clenbuterol detected in an athlete’s sample and includes the investigative steps that ADOs must follow in such situations.

After following the instructions and investigative steps indicated in the Stakeholder Notice, ADOs may close cases and allow an athlete to retain their results for samples collected in-competition if it is determined that the detection of clenbuterol in their sample is consistent with meat contamination.

However, if, following the investigation, the reported ATF is not consistent with meat contamination, or if the concentration of clenbuterol exceeds the designated threshold, an ADRV will be asserted and the standard results management process will proceed.

"WADA hopes that the instructions found in the Notice and that the amendment to Article 7.4 of the Code will assist ADOs faced with potential clenbuterol meat contamination cases and will ensure that cases are managed fairly for all athletes," a statement from the organisation reads.

Early last year, WADA conceded that it did not have any scientific means to distinguish whether failed drug tests for clenbuterol have resulted from contaminated meat or genuine doping.

It insisted, though, that a failure for the steroid in countries considered "high risk" for contamination –  notably Mexico and China – is not a "free pass" permitting no further action to be taken.

Among the athletes to have blamed meat for failed tests include Mexican boxer Saul "Canelo" Álvarez, who tested positive for clenbuterol in March 2018, and Estonian ice hockey player Marko Keltunen, who failed a test in November.