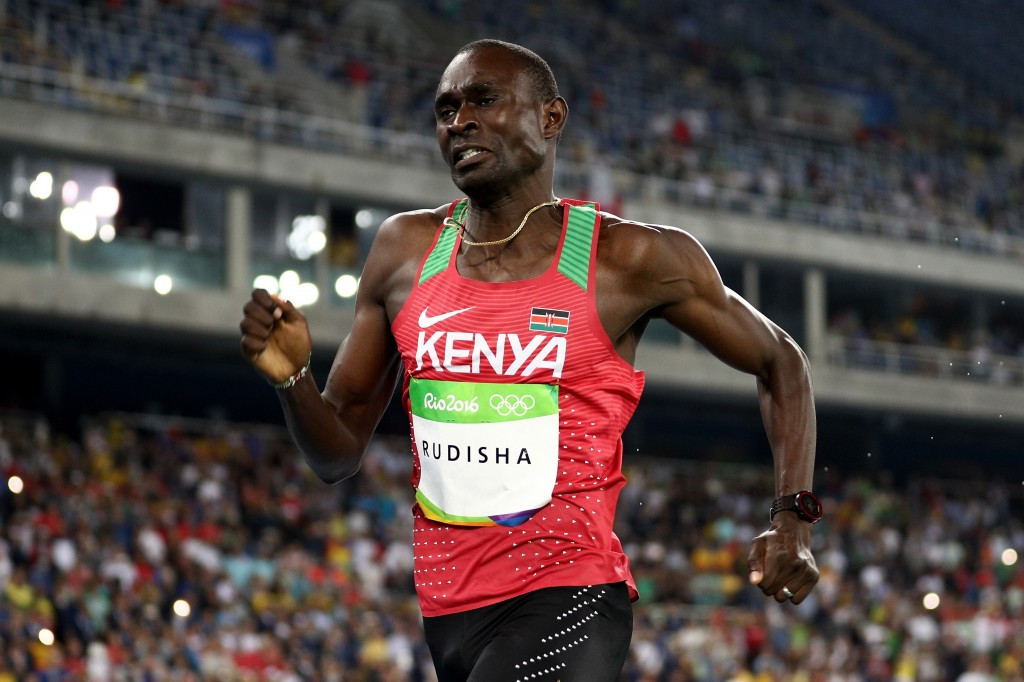 The 31-year-old athlete, who has not competed for more than two years following a succession of injuries and a serious car accident, was operated on in Eldoret in Kenya for an injury he sustained at home last week, his manager Michel Boeting has reported via Twitter.

"The surgery was carried out by Kenyan team doctor and orthopaedic surgeon, Dr Victor Bargoria," Boeting says, adding that Rudisha had twisted his left ankle last Tuesday week (May 19) at his rural home in Kilgoris, Narok County.

"During a walk on the compound the 31-year-old stepped on uneven ground, and initially believed it was not a serious injury," the report adds.

"He continued with exercises that wouldn’t cause further harm to his ankle but after a lack of improvement over the weekend he underwent an examination and was diagnosed with an ankle fracture at St Luke’s Hospital in Eldoret.

"According to his surgeon and Kenyan team-doctor, Dr. Victor Bargoria, it was a left ankle fracture (Supination External Rotation) and he fixated it with a 1/3rd tubular plate and 3.5mm screws.”

Boeting added that Rudisha "is expected to be out of training for three months and rehabilitation will start as soon as doctors think is fit."

The surgery was carried out by Kenyan team doctor and orthopedic surgeon, Dr. Victor Bargoria. 1/5

This is the latest in a series of setbacks for the man whose world-record breaking run of 1min 40.91sec in the London 2012 Olympic final was adjudged by former world 800m record holder and now World Athletics President Sebastian Coe as the finest athletics performance of the Games.

Rudisha has not been able to compete for more than two years due to a longstanding injury that affected his sciatic nerve and power in his left leg.

The physical problems have been compounded by personal troubles, including the death in 2018 of his father Daniel, who won Olympic silver for Kenya in the 4x400m at the 1968 Mexico Olympics.

In August last year Rudisha’s car was written off in a collision with a bus, although he escaped without serious injury.

Rudisha has not been able to compete in a major international championship since retaining his title at the Rio 2016 Games – three years after his career had been threatened by a serious knee injury.

He missed the World Championships in 2017 and 2019, and was also unable to run at the 2018 Commonwealth Games in the Gold Coast.

In September last year he announced his intention to run in a third consecutive Olympics, telling Capital Sport: "I am expecting to return next season and I am preparing for that.

"My main target is the Olympics.

"For me, health comes first and all this time I have been monitoring and taking care of my injury.

"Now it is almost out of the way I am not planning on a comeback until beginning of next season.”

In an olympicchannel.com piece with Evelyn Watta last October, Rudisha said: "I am also looking for a new training partner.

"Sammy Tangui, who is also my very close friend and was my pacemaker, I think he’s retired.

"Two years ago, he had a terrible injury, a fracture.

"He was playing football.

"He crashed his ankle; I don’t think he is going to make it back again."