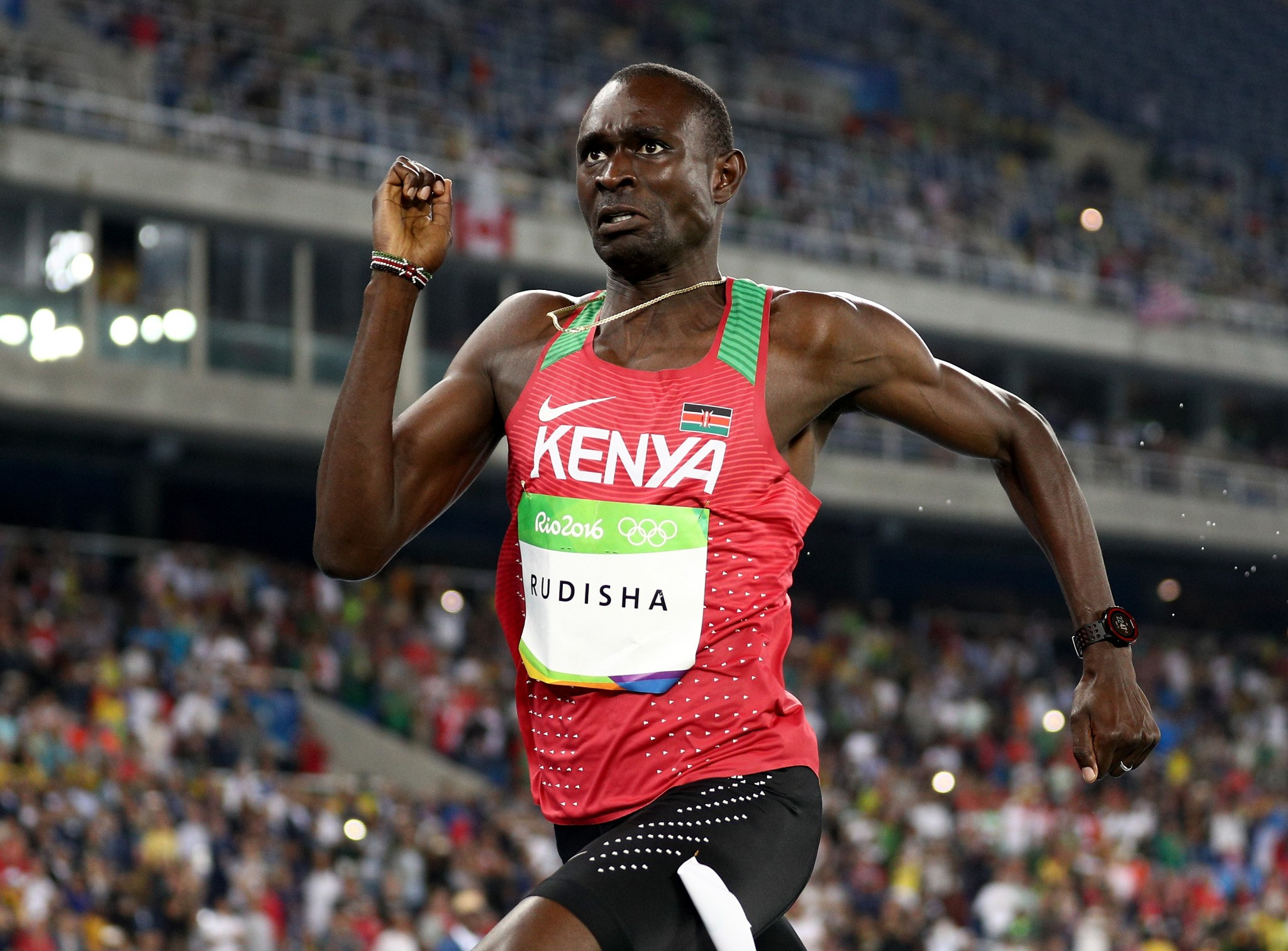 David Rudisha, the world and Olympic 800 metres champion, has pulled out of the International Association of Athletics Federations (IAAF) World Championships that get underway in London on Friday (August 4).

The 28-year-old Kenyan, who improved his world record to 1min 40.91sec in winning his first Olympic title at the London 2012 Games, has been denied the chance of a profitable return to the same arena by a quad strain.

Another Rio 2016 champion, Brazil's pole vaulter Thiago Braz, has also indicated he will not contest the forthcoming Championships.

The Brazilian press has reported he has withdrawn due to a combination of a calf injury, back pain and poor form.

The 23-year-old Braz - who cleared an Olympic record of 6.03m in Rio and managed 5.86 during the indoor season, has not jumped higher than 5.60 during the outdoor season.

Rudisha, the only person to have run under 1min 41sec for the 800m, said he was disappointed and saddened by the news, which was confirmed by an MRI scan yesterday which revealed a grade‑one tear.

"I was trying to engage more speed," he said.

"In the process I put my muscle under [more] intense stress than when doing normal mileage.

"I damaged my quad and this saddens and disappoints me a lot."

The announcement of Rudisha's withdrawal came as the first wave of Kenya’s team headed out to London for the Championships at the Olympic Stadium.

"We thought it was going to take a few days before recovery," said Rudisha.

"But it's taken longer than expected.

"When we went for an MRI scan they found that fluid was coming out of the muscle."

Rudisha, who missed out on the 2013 World Championships with a serious knee injury before reclaiming his 800m title two years ago in Beijing, insisted he would be back competing this year and said he wanted to challenge for the world title again in 2019.

"I have been advised that I should take it easy," he said.

"If I push it with that pain, it could damage me further - it is not the right thing to do or I would run the risk of missing the complete year.

"I have accepted my fate with a very heavy heart and would like to wish the team well.

"I will still come back stronger and even challenge for the title in the next World Championships."

The Kenyan banner in the event might yet be taken up by the 22-year-old who heads this year's world lists with the 1:43.10 he clocked in winning at the IAAF Diamond League meeting in Monaco two weeks ago, Emmanuel Korir.

Four other Olympic champions past and present will miss the forthcoming event in London.

Rio marathon gold medallist Eliud Kipchoge of Kenya is out with injury and Brianna Rollins, the women's 100m hurdles champion, is serving a one-year ban for failing to update anti-doping agents with her whereabouts on three occasions.

London 2012 gold medallists Greg Rutherford of Britain, who has an ankle injury, and Algeria's Taoufik Makhloufi will also be absent from the long jump and 1,500m respectively.