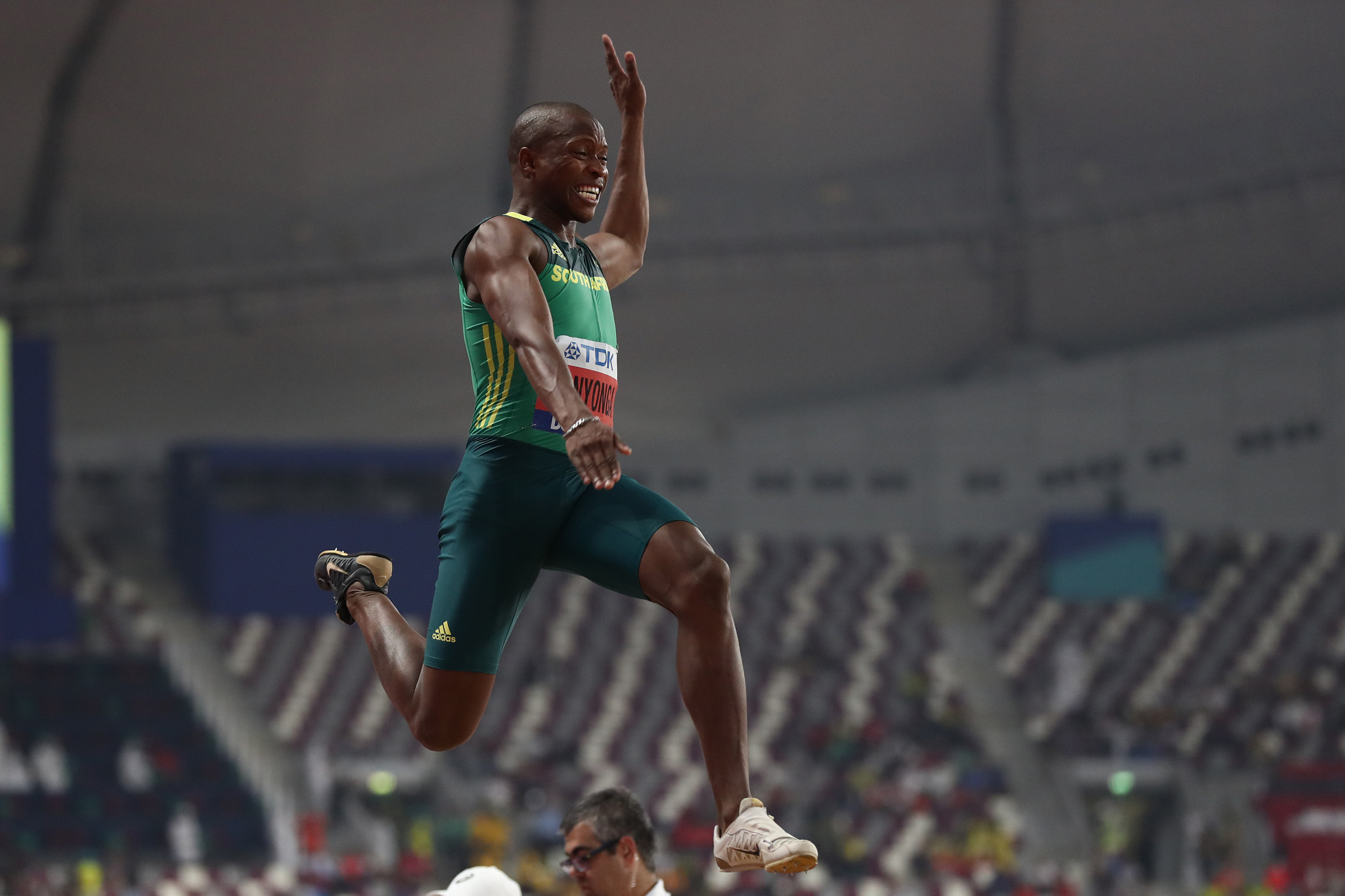 Manyonga, who won silver at the 2016 Rio Olympics before adding a world title in 2017 and a Commonwealth Games title in 2018, was arrested on Wednesday (May 20) on the outskirts of Stellenbosch.

Sergeant Noloyiso Rwexana, a police spokesman, told Agence France-Presse: "A 29-year-old man was given a notice to appear in court for contravening Disaster Management Act regulations."

Manyonga has had previous disciplinary issues before his rise to the top of athletics, having being given an 18-month ban in 2012, a year after winning gold at the World Under-20 Championships, for testing positive for methamphetamine - commonly known as crystal meth.

After years of rehabilitation, Manyonga conquered his addiction in made the Olympic podium in Brazil in 2016.

He broke the national record for long jump in London at the World Championships in 2017 with a distance of 8.65 metres.

Manyonga narrowly missed out on a medal in his defence of his world title in Doha in 2019, finishing fourth with a distance of 8.28m.

South Africa is the hardest-hit African nation by COVID-19, with more than 21,300 confirmed cases nationwide and at least 407 deaths.