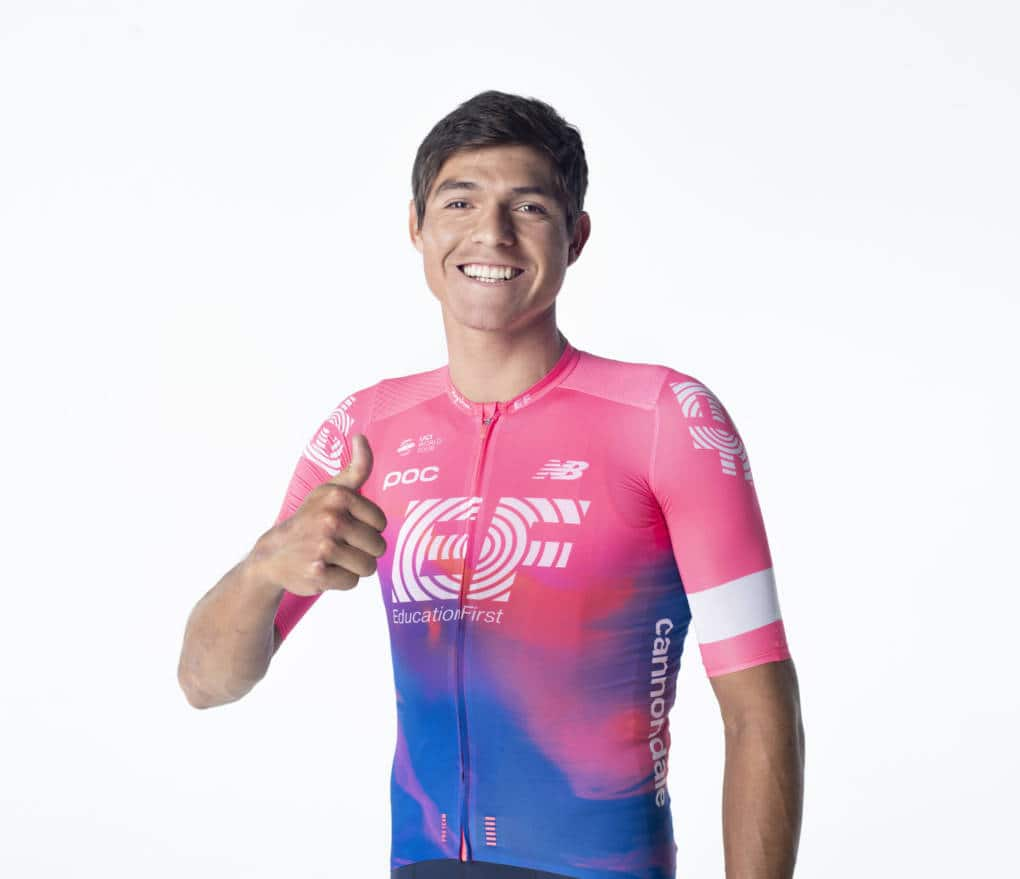 Villalobos tested positive for the growth hormone GHRP-6 after an out-of-competition test carried out by the Mexican National Anti-Doping Agency on April 25 in 2019.

"The adverse analytical finding resulted from the reanalysis of the referenced sample by the World Anti-Doping Agency (WADA)," a UCI statement read.

"WADA has designated the UCI as the results management authority in accordance with the World Anti-Doping Code.

"The rider has the right to request and attend the opening and analysis of the B sample.

"In accordance with UCI anti-doping rules, the rider has been provisionally suspended until the adjudication of the procedure is completed."

Villalobos had been contracted to the UCI continental team Aevolo at the time of the sample collection.

The 21-year-old is a two-time Mexican time trial champion.

EF Pro Cycling have expressed disappointment at the length of time between the sample collection and the notification of the positive test.

The team claimed it was exploring its legal rights due to the delay, adding that they would not have signed Villalobos had they been aware of the case.

EF Pro Cycling highlighted that only WADA accredited laboratories are able to test for GHRP-6, meaning the case would not have come to light in their internal screening process.

"This team was set-up to protect the health and the rights of riders across the sport, particularly the younger riders as they entered the professional level," said Jonathan Vaughters, EF Pro Cycling's chief executive.

"It's hugely upsetting for us when these young riders fall under the guidance of amateur doctors and trainers who ultimately ruin their careers.

"If we'd have known, we would not have signed Luis.

"The burden of this is on the UCI because there is no internal testing programme that has access to the level of equipment needed to screen for GHRP-6.

"Luis deserved better guidance and mentoring from his past trainers and doctors.

"And the team deserved better from the UCI than to learn of this situation more than a year after the fact.

"While it's encouraging that the system is catching riders, it has to be more transparent and accountable than this.

"We are going to encourage Luis to not fight this and to tell the truth, whatever that may be."