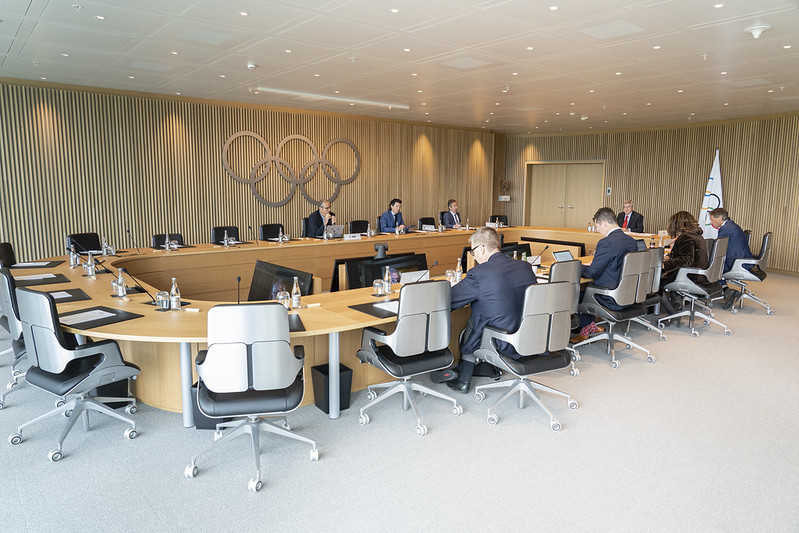 Money taken by some eligible International Federations (IFs) from an International Olympic Committee (IOC) fund created to address financial concerns caused by the coronavirus pandemic could be deducted from their share of the Tokyo 2020 revenue, according to the executive director of the Summer Olympic umbrella body.

Ryan confirmed details which had been largely absent when the IOC announced it had set aside an "aid package" of $150 million (£122 million/€137 million) for groups including IFs and National Olympic Committees following a remote meeting of its Executive Board last week.

The IOC fund could used to provide loans and advance payments on revenue shares from the postponed Tokyo 2020 Olympic Games.

"The final details are being worked out but it is expected that any extra support through IOC would be deducted from revenue shares at the end of next year," Ryan told insidethegames.

IOC President Thomas Bach confirmed Swiss-based Federations can also benefit from repayable loans as part of an IOC and Swiss Government support programme, as well as the funding approved by the Executive Board.

The IOC's contribution to the scheme, where each party will provide 50 per cent of the loans, will come from the aid package.

All Swiss-based IFs except FIFA are eligible for the Government loans, while all 32 eligible Federations on the Tokyo 2020 programme - the International Boxing Association is excluded owing to its suspension as the Olympic governing body for the sport - can receive money from the IOC package.

Organisations governing the five additional sports on the Tokyo 2020 programme - baseball/softball, karate, skateboarding, surfing and sport climbing - will not receive any share of the Games revenue.

Ryan said ASOIF had "increased awareness of what support mechanisms were available to which IFs" and helped them understand "how to access funding involving the Swiss banks, the IOC and local authorities".

Asked how many of the 32 IFs ASOIF expected to take money from the $150 million fund, the ASOIF executive director said: "We do not have precise figures for this but it has become clear that the IFs that are under most financial pressure are those with significant revenues from their own competitions that have been postponed to 2021 or even 2022.

"This presents a cash-flow challenge which is made worse by the one-year delay to the Tokyo 2020 revenue share.

"Those IFs which have had to cancel major commercial events will, of course, be hit hardest.

"We do know that a significant number of our members have not requested any additional support from IOC but several have taken advantage of the support schemes for staff on furlough and interest free or low interest loans, provided by particularly the Swiss Government, to address cash flow and protect jobs and activity levels."

The IOC said the postponement of the Olympic Games until 2021 would cost the organisation a total of $800 million (£653 million/€730 million), including the $150 million aid to IFs, NOCs and other stakeholders.

The other $650 million (£531 million/€594 million) will go towards the organisation of the postponed Games.