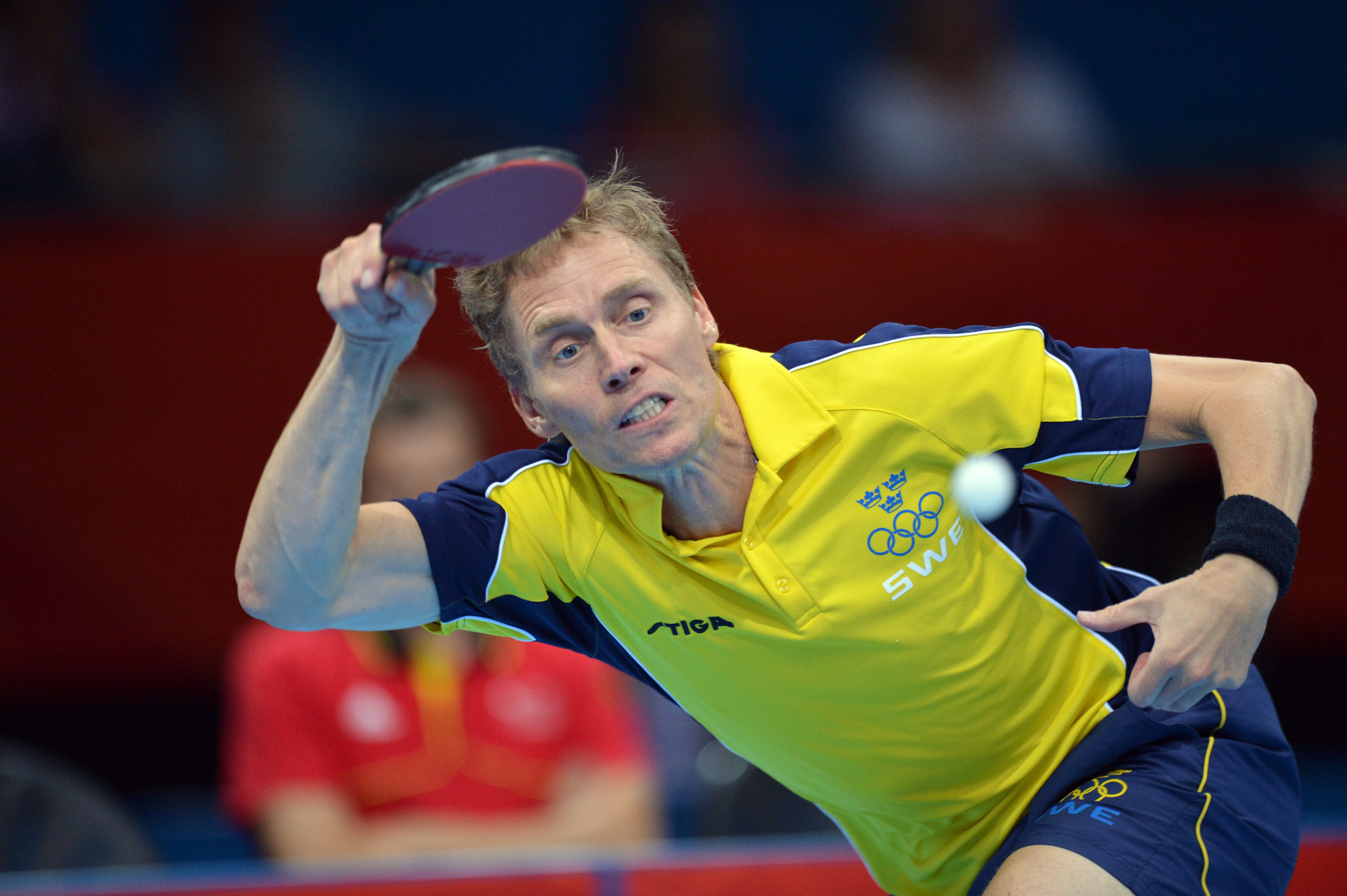 Persson, who won the International Table Tennis Federation (ITTF) World Championships in 1991 in Chiba in Japan, brings a wealth of experience to the side.

On four occasions he was part of the gold medal winning Swedish side in team competitions at World Championships.

He was also a three-time champion at the World Team Cup and a winner six times at the European Championships.

His first major title came in 1986 when he won the European Table Tennis Championships at the age of 20 in Prague.

At the age of 54, he is also the reigning world champion in his age group after winning gold at the 2018 World Veteran Championships in Las Vegas in the United States.

He had also competed at every Olympic Games from 1988, when the sport was introduced to the programme, until 2012 when he officially retired from the professional circuit at the age of 46, making him the first table tennis player to compete at seven Olympics.

Mikael Andersson, the high performance director for the Swedish Table Tennis Association, has welcomed the new appointment of Persson.

He said: "Of course we are very happy with this, a very custom made deal with Jörgen.

"Jörgen will do his best to prepare the guys to win medals at upcoming Championships.

"We have a very positive trend in our men’s team with a high level of competition within the group.

"We are determined in our goal to win at least one gold medal in either the European Championships, World Championships or at the Olympic Games."

Speaking after his new appointment, Persson talked of the rivalry between Germany and Sweden, and said his focus was on changing the tide back in the favour of his home nation.

He said: "We have many interesting Championships coming up where I believe we have a good chance to challenge Germany who, during recent years, has been very tough for us to beat.

"We are always aiming for medals and if we can beat the Germans we are not far from our goal.

"A more long-term goal is of course to beat China again.

"We have done it before and we can do it again, if we think it is possible. We have a good plan and I believe we can make history repeat itself.

"Let’s hope the European Championships in Poland in September will take place.

"On a short term basis that is our big goal to prepare and look forward to."

Sweden were once the dominant nation in men's table tennis, taking many titles from the last 1980s through to the mid 1990s.