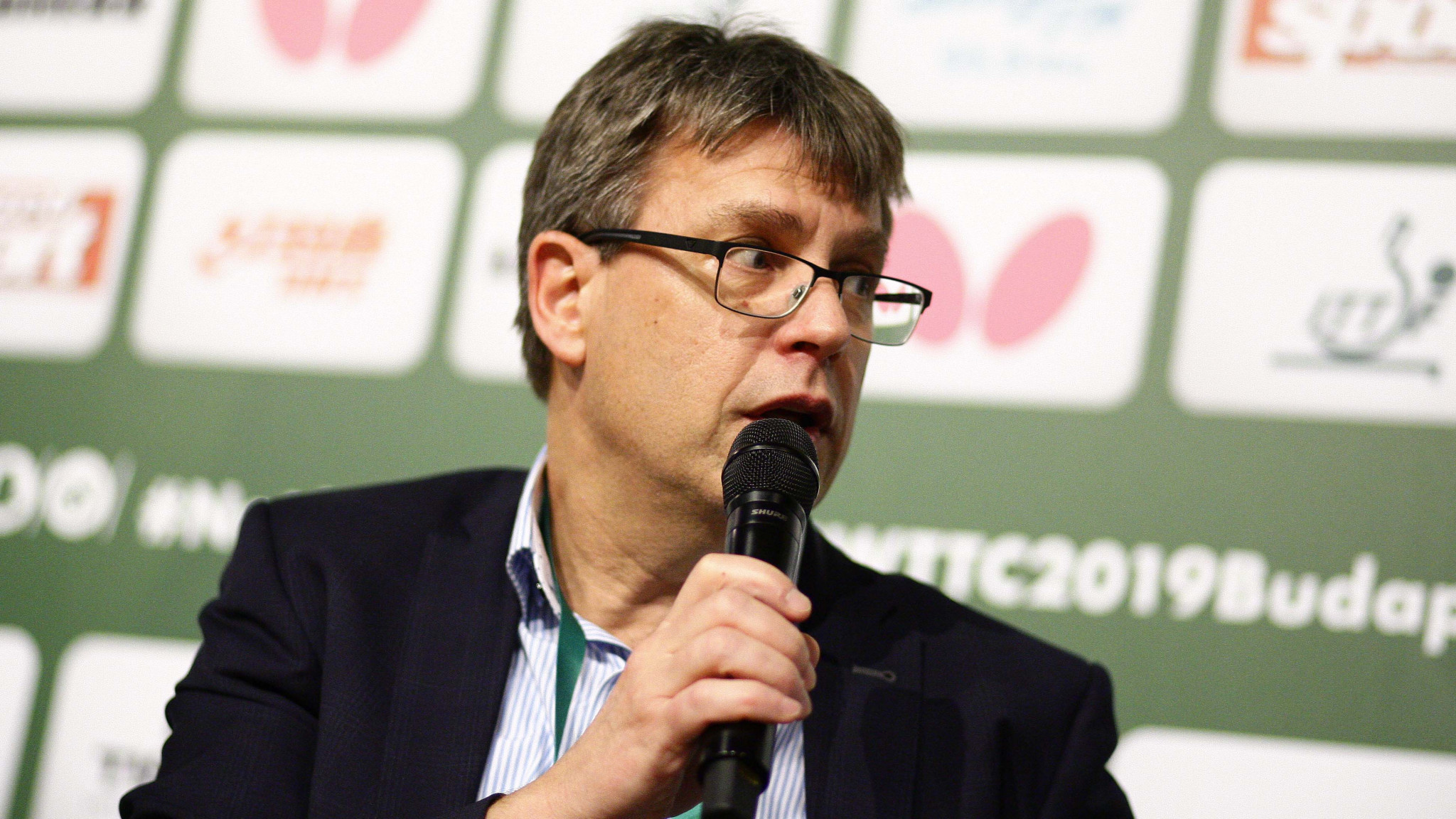 International Table Tennis Federation (ITTF) President Thomas Weikert has hit back at "discrediting" allegations made against him by two of the organisation's most senior officials, and claimed neither had previously raised any objections to his leadership.

Weikert was the subject of a critical letter jointly written by ITTF Deputy President Khalil Al-Mohannadi and executive vice-president for finance Petra Sörling, who questioned his ability to lead the worldwide body and expressed hope that he is not re-elected next year.

The German told insidethegames he rejects "across the board" the "sweeping and unspecified" allegations they made in their statement.

In the letter, sent to members of the ITTF by the Swedish Table Tennis Association, the two high-ranking officials claimed to offer "a new direction for the ITTF membership under the leadership of a new President".

Al-Mohannadi and Sörling raised several concerns over Weikert's management of the ITTF, ranging from his handling of the coronavirus crisis to allegations that he has been placing his own interests above those of the Federation.

Some may point out that Al-Mohannadi and Sörling also appear to be playing politics at a time where Federations, including the ITTF, are fighting for survival because of the pandemic and the financial implications of the decision to postpone the Tokyo 2020 Olympic Games.

"The complainants are members of the Executive Committee, the highest governing body of the ITTF," the German told insidethegames.

"They have made discrediting allegations without ever having made any relevant complaints in the six meetings and video conferences that have taken place during the past six months.

"The respective minutes are all approved.

"As far as I know they have made their letter public without informing the other Board members.

"They did not give me the opportunity to comment on it before.

"Neither of them had ever contacted me before to discuss possible problems they may have with me or my management style."

Al-Mohannadi and Sörling also criticised Weikert for appearing to renege on his claim that he would only serve a single four-year term as President when he was elected in 2017.

Weikert, who has served in the role after replacing Adham Sharara mid-term in 2014, declared his intention to stand for re-election in February.

The German told insidethegames he had been encouraged to run for a second term by some of the ITTF's member associations and said he wanted to build on the work done during his first four years in charge.

"After having succeeded, with the great help of the whole honorary and full-time ITTF team, in strengthening the ITTF in many areas during the first years of my term of office, I was keen to stabilise this upward trend," Weikert said.

"Furthermore, some member associations encouraged me to continue.

"That is why I changed my mind, which I consider is legitimate in a transparent system."

It is not clear whether the letter represents the first moves towards a candidacy from either Al-Mohannadi, who began a campaign for the Presidency in 2017 before withdrawing to support the German, or Sörling.

Sörling declined to reveal her own intentions when contacted by insidethegames but said she would have more information after the pandemic has passed.

"It is also common and legitimate in a democratic system that other candidates also want to lead the ITTF and run for office," Weikert added.

"The complainants themselves have never criticised my decision (although I have told them already in October 2019 during an ITTF Executive Committee meeting) to run for office again."