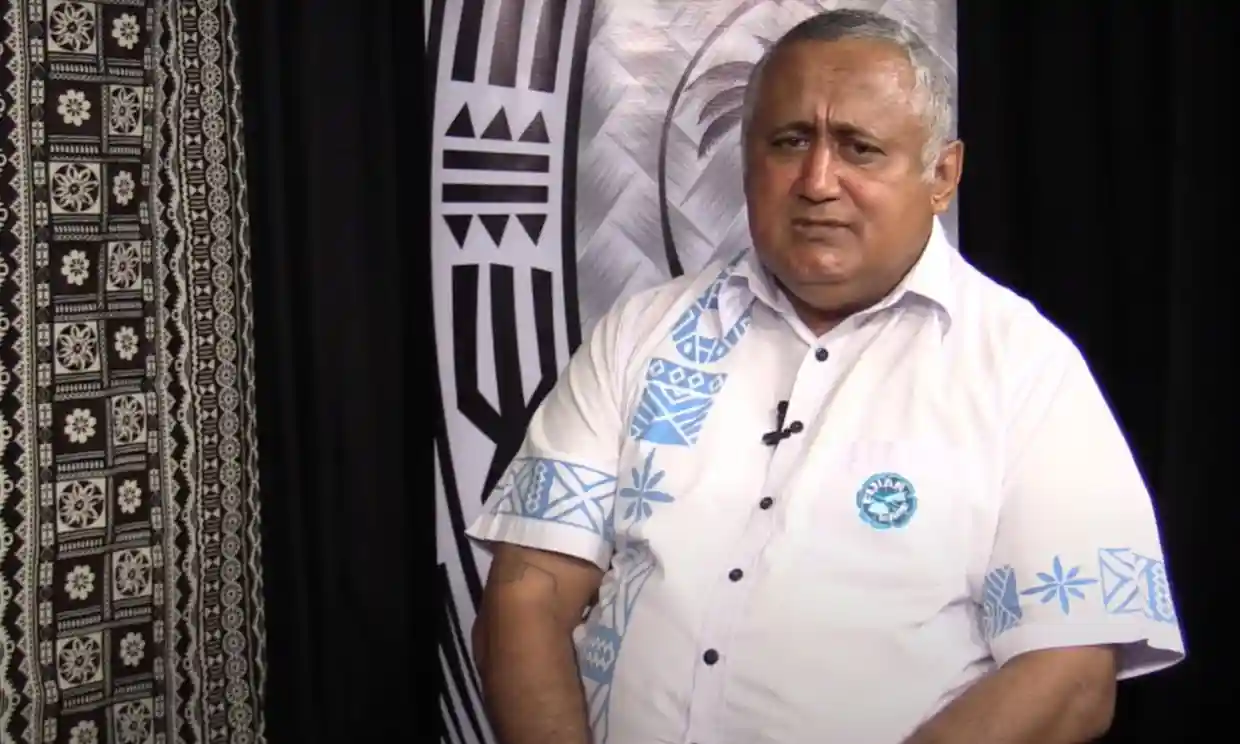 Pacific Rugby Players Welfare (PRPW) chief executive Daniel Leo hopes the controversy surrounding Francis Kean can lead to a long-term change in governance of the sport in the region.

Kean resigned from the World Rugby Council after allegations of homophobia and discrimination emerged against him in the Sunday Times.

The Fiji Rugby Union chairman was stood down by his organisation and his candidacy for the World Rugby Executive Committee was withdrawn.

The Sunday Times had published "graphic recordings" which were allegedly of Kean.

He was already under pressure to withdraw from the Executive Committee elections as he was given an 18-month prison sentence in 2007 for manslaughter.

World Rugby announced last month that a formal investigation into Kean had begun, with the organisation waiting to hear a response from officials in Fiji.

The governing body said it took "all allegations of behaviour that is not in keeping with the sport's strong and inclusive values and bye-laws extremely seriously" when confirming the investigation.

Leo told insidethegames the Pacific Rugby Players Welfare organisation believe Kean should not remain as Fiji Rugby chairman, due to the "big impact" he could still have on the sport in his role.

He said two prison officers who made the recordings of Kean, who have applied for refugee status in Australia, have offered their assistance to any investigation.

The official added that he hopes the case can lead to a wider change, having expressed concerns over the potential influence of Governments within national unions.

This concern comes as Kean is the brother-in-law of Fiji's Prime Minister, Frank Bainimarama.

"There is a real problem in the islands that there is a reliance on Government funding and allowing politicians to hold high powered positions," said Leo, who was capped 39 times for Samoa during his career.

"Throughout my time playing for Samoa our Prime Minister was the chairman of our rugby union, which had a whole lot of issues attached to it.

"There were a number of instances where he would come in and change the team.

"They will make appointments to high powered positions based on politics, rather than based on who is best for those roles.

"It needs to change but currently it cannot change, as there is no bylaw preventing them from holding these positions.

"At the moment the funds generated by rugby are not filtering through to the Pacific Islands in an equitable way, so we are reliant on Government funding.

"It creates this vicious circle.

"We need better governance as this is what it stems back to.

"We need a bylaw from World Rugby to get rid of politicians and get people fit for those roles into those positions.

"The current financial model is not working for the smaller nations.

"We need a bit of a hand-up rather than just a handout.

"Administrators need to be there not because they are the brother-in-law of the Prime Minister, but because they have the business acumen and rugby background to help make a success out of the unbelievable talent we have."

World Rugby chairman Sir Bill Beaumont pledged to deliver a full governance review during the election campaign, with his second term in office officially due to begin tomorrow.

The governance review will be chaired by British Olympic Association chairman Sir Hugh Robertson, with a fit and proper persons test among the areas expected to be assessed.

Sir Bill, who won the election 28-23 against Argentina's Agustín Pichot earlier this month, has also pledged to conduct a review of World Rugby's financial policy and develop a global competition structure during his second term.

The former England international vowed to continue the growth of the women's game and boost the number of female staff involved in governance, as well as working to improve player welfare.