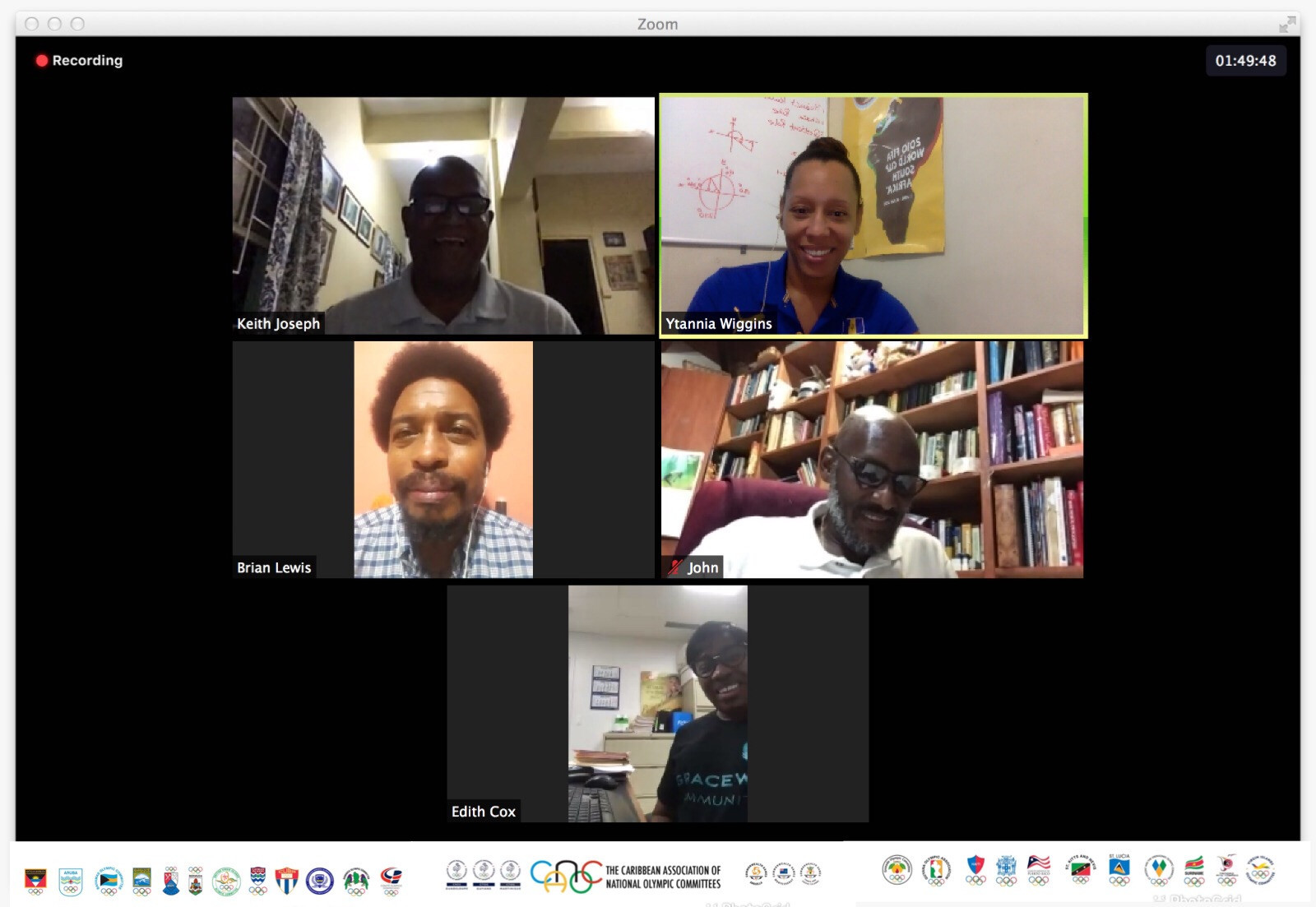 The Caribbean Association of National Olympic Committees (CANOC) held its first digital Executive Committee on Friday via video conference due to restrictions caused by the current COVID-19 pandemic.

CANOC and Trinidad and Tobago Olympic Committee President Brian Lewis headed the meeting and was joined by secretary general Keith Joseph of St Vincent and the Grenadines, treasurer Edith Cox of Turks and Caicos Islands and committee members Ytannia Wiggins of Barbados and John Abramson of the US Virgin Islands.

Top of the agenda for the Executive Committee was the continued support for Guadeloupe, who are set to host the inaugural Caribbean Games from June 30 to July 4.

Despite the Opening Ceremony for the postponed Tokyo 2020 Olympics coming just three weeks after the conclusion of the Games, CANOC intends to go ahead with the first edition of the event on the planned date.

The inaugural ?Caribbean Games ?
scheduled for 30th June - 4th July 2021 in Guadeloupe are to proceed as plannedmassured CANOC Secretary General Keith Joseph in an exclusive interview with CBCTV8. pic.twitter.com/f10XaHx4cD

"At this time Guadeloupe haven't indicated that they will not be able to host the Games as scheduled," Lewis told insidethegames.

"Sport will face a number of challenges post COVID-19 and CANOC will be very involved both within the Caribbean and Americas in advocating and letting our voice be heard."

Netball, despite not being a staple of sport in Guadeloupe, will be a compulsory sport alongside athletics and swimming at the Caribbean Games with the island territory introducing the sport with assistance from CANOC.

The Games will be hosted every four years and will feature under-23 athletes from nations in the region.