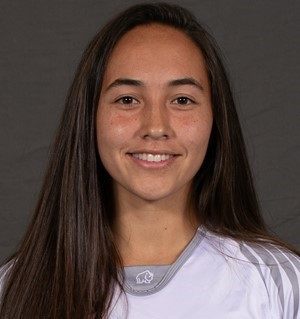 Alexandria Sedrick was announced as the winner of the 2019-2020 MA Sorensen Award, which recognises the top women’s collegiate rugby player in the United States.

Sedrick, nicknamed "Spiff", played for the 15s and sevens teams at the Life University in the American state of Georgia.

Maryanne Sorensen, the award's namesake, was also on the panel.

"This was a hugely competitive field and any one of these finalists would have been worthy recipients of the award," said Goff, as reported by Goff Rugby Report.

"It was a shame that the season had to end early, but I want to thank the panel for making a very difficult choice.

"And congratulations to Spiff for this accomplishment."

The MA Sorensen Award is an annual accolade which is normally given out at an award ceremony.

This year there was no ceremony, however, due to the coronavirus pandemic.

Sorensen was a player for College of William and Mary, and was part of the winning US team at the 1991 Women's Rugby World Cup in Wales.

Following her playing career, Sorensen went on to be an accomplished coach and practicing doctor.