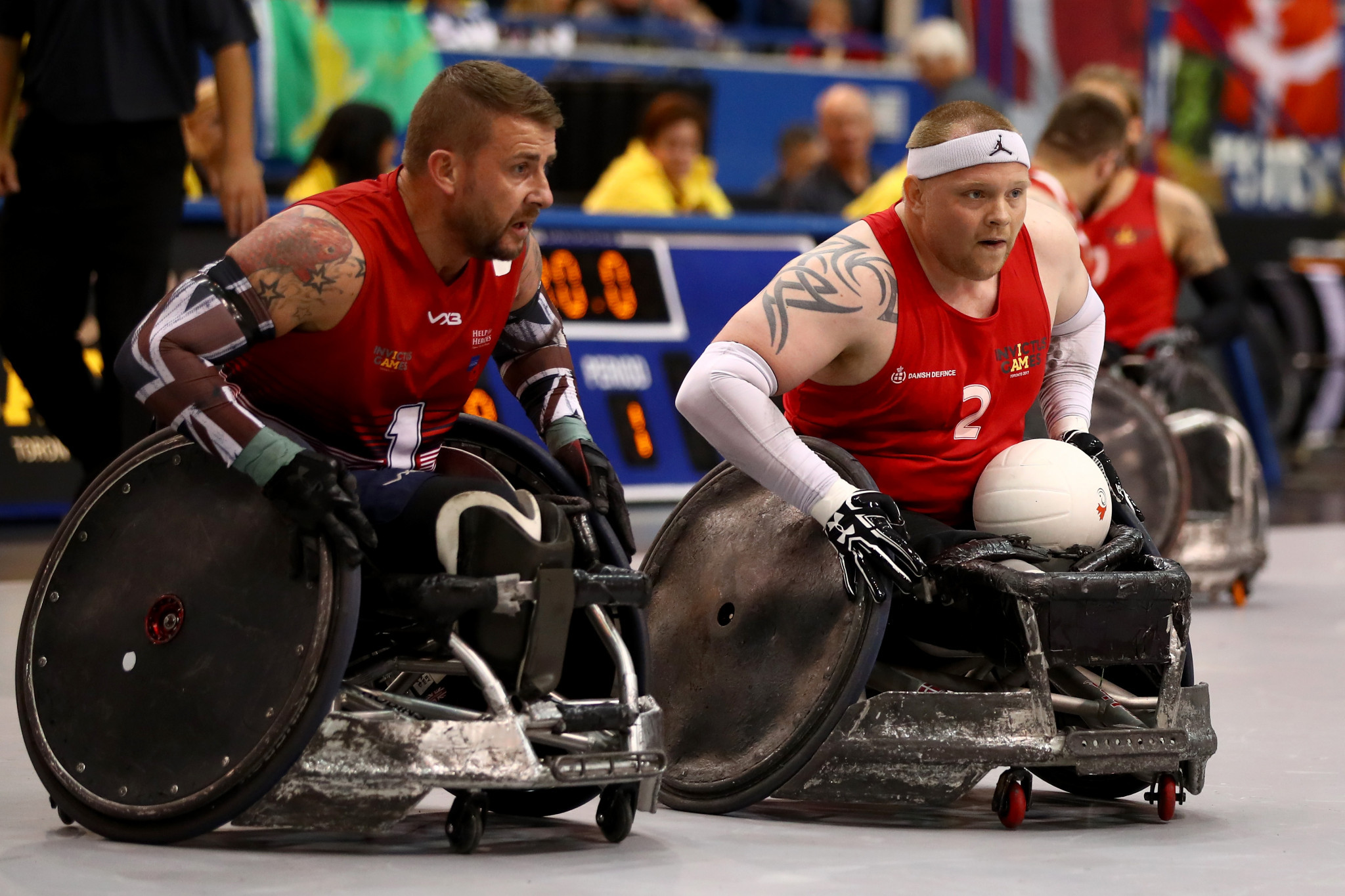 Scheduled for October 8 to 17 and set to take place at the DGI Huset Vejle venue, it will be the first time Denmark has hosted the event since the 2014 edition in Odense.

Played every four years, it will be the eighth edition of a competition which started in 1995 when it was held in Nottwil in Switzerland.

Denmark have qualified for the Championship on three occasions before, finishing 12th in 2006, seventh in 2018 and a best of sixth in 2014.

The Organising Committee will consist of Parasport Denmark, Wheelchair Rugby Committee Denmark, Sport Event Denmark and the Municipality of Vejle.

IWRF President Richard Allcroft said he was pleased with the decision and looking forward to the Championship.

"I enjoyed visiting the Municipality of Vejle for the 2019 European Championship," Allcroft said.

Congratulations to Denmark, who have been selected to host the IWRF 2022 Wheelchair Rugby World Championship! Details are available at https://t.co/j2XXR31X5V pic.twitter.com/GCF6uDwloB

"The work, commitment and passion that has gone into the event bid is to be applauded.

"We will also be working with the Organising Committee in support of their offer to support achieving parts of the IWRF strategic plan through events at the Championship - this will certainly be a significant legacy for the event."

The top 12 teams in the world will contest the six-day event.

The United States have medalled in all seven previous Championships, with four of those being gold.

Kathy Newman, head of IWRF competitions, added: "Once again Denmark has stepped up to host the 2022 IWRF World Championship.

"Parasport Denmark has a rich history in hosting parasport and we thank them for their continued commitment.

"Their vision is to grow the sport globally, build strong partnerships and present the best world championship ever.

"The IWRF Competitions Committee was really impressed with the quality of the bid and the commitment from the Municipality of Vejle and Sport Event Denmark to support the delivery of the championship."

John Petersson, chairman of Parasport Denmark, said: ”We are honored and consider it a great privilege to have been awarded the 2022 IWRF World Championship.

"We can’t wait to once again fill the stands in DGI Huset in Vejle and provide the best players with the absolute best conditions to succeed on the court and put on a show."