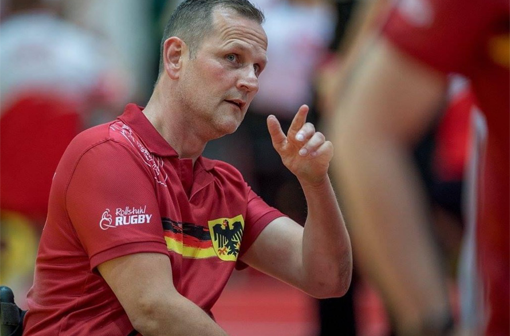 Having been elected in 2013 at the IWRF European Championships in Antwerp in Belgium, Werner promoted new growth during his tenure.

He organised several IWRF Division B and C Championships in Germany, when no other hosts could be found.

These Championships have helped lower ranked nations in Europe to compete and improve their world rankings at IWRF sanctioned events.

IWRF President RIchard Allcroft praised his colleague for his dedication to wheelchair rugby over the past seven years.

The IWRF would like to thank Christoph Werner, who has recently stepped down after seven-years of service to our sport as President of the IWRF European Zone. https://t.co/XpETXw3rkc pic.twitter.com/eb1zYT73Ea

Allcroft said: "I want to thank Christoph for his commitment to the sport.

"I know that he will continue to be involved in many roles, not least his contribution to coaching."

Werner began in wheelchair rugby as a player and eventually transitioned into the role of head coach of the German national team.

After his resignation, he assured the IWRF that he will continue to be involved in the sport and will look to continue to provide support for teams in Europe.

The IWRF will make an announcement about the vacancy in the near future.