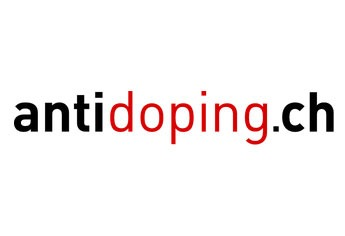 Antidoping Switzerland said it was able to meet and exceed its targets in 2019, with the organisation placing a priority on expanded investigative activities this year.

The National Anti-Doping Organisation (NADO) said it conducted 2,017 doping controls in its 2019 domestic programme, comprising of 1,344 out-of-competition and 673 in-competition tests.

The Swiss Olympic Disciplinary Chamber issued six decisions concerning the anti-doping rule violation during the year under review, resulting in sanctions ranging from 12 to 48 months of suspension.

Two cases concerned the use of testosterone and one featured the consumption of selective androgen receptor modulators – otherwise known as SARMs.

One case involved the consumption of hormonal and metabolic modulators, with the final two cases focusing on cocaine and cannabis use, respectively.

Antidoping Switzerland said it expanded its investigation activities in 2019, with the Aderlass blood doping network highlighted as a major event.

"The investigations that followed are still ongoing and have also left their mark in Switzerland," said an Antidoping Switzerland spokesperson.

"Antidoping Switzerland has been in contact with the German and Austrian authorities from the start, as well as with anti-doping agencies.

At the same time, at national level, coordination with the Federal Police, the cantonal police authorities and the public prosecutors' offices has been established.

"This successful cooperation has highlighted the great potential for cooperation between Antidoping Switzerland and the authorities, and the 'Aderlass' operation has clearly demonstrated that effective investigative work in this area requires more resources."

Antidoping Switzerland said its Foundation Board has decided to create an additional position before the end of 2020, which it hopes can considerably develop investigative activities to protect clean sport and boost cooperation at national and international level.

A total of 128 lecturers and workshops were conducted in 2019 by the organisation, with around 3,300 people informed of essential rules as well as their rights and obligations.

Antidoping Switzerland said the 2019 financial year also ended with a positive financial result, with the organisation saying it was boosted by a 2018 Federal Court decision that no more value added tax should be paid on federal contributions.

Antidoping Switzerland said the implementation of the new requests from WADA and the resulting costs represented "significant challenges."

Talks with Swiss Olympic and the Federal Office for Sport are claimed to be well advanced on the subject, with the aim to sign an agreement before the end of the year.