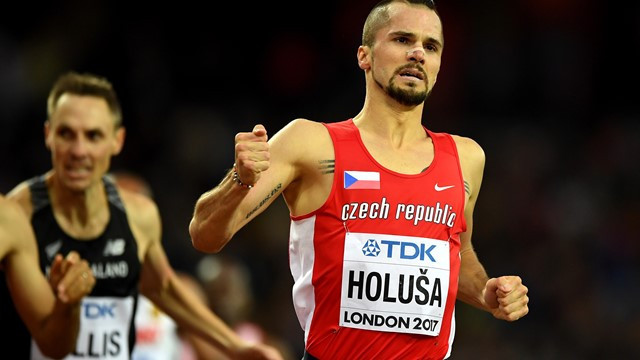 The Czech Athletics Federation has planned a series of six "mini-meetings" which will launch in June.

The events, entitled the "Back on Track" project, have been organised after the Czech Government announced they would ease lockdown restrictions put in place to contain the spread of coronavirus.

This will see 100 stadiums open up across the country to athletes from June 1, while public gatherings of up to 50 people will be allowed from May 25.

Within these limits, the Czech Athletics Federation has planned the "mini-meetings", with the first set for Sletiste Stadium in Kladno on June 1.

Competition will be broadcast live by the Czech national broadcaster CT.

"I'm really looking forward to the first competition, even if it is in a limited mode," said Špotáková, a two-time Olympic and three-time world champion in javelin.

"I'm glad we will be together with many other athletes throughout the Czech Republic at the start of the season, although more or less symbolically, from a distance."

Details of the remaining five legs, which will include other disciplines, are yet to be announced.

More than 100 competitions will also be organised for children and young athletes across the country on June 1.

"Athletes want to compete as soon as possible and our Federation has found a way to arrange events with a limited number of fifty people," said Czech Athletics Federation President Libor Varhanik.

"We want to engage athletes of all age categories and performance levels."

The project will be promoted on social media using the hashtag #BackOnTheTrack.

The Czech Athletics Federation have stressed that all competitions are being organised to align with Government rules expected to be in force at the start of June.

The Czech Republic has reported more than 7,500 cases of coronavirus, resulting in more than 220 deaths.