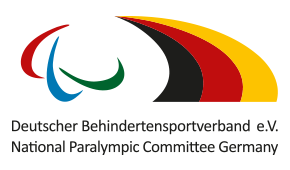 Tim Focken is hoping to become the first injured German Army soldier to compete at the Paralympics at the postponed Tokyo 2020 Games.

Focken was injured in Afghanistan in 2010, after being shot in his left shoulder when serving with the German armed forces in Kunduz.

The injury saw Focken lose all mobility in his left shoulder and arm.

He turned to para shooting following the injury and has already secured a quota place for Tokyo 2020, having missed out on Rio 2016.

Focken would be the first injured army veteran in Germany to compete at the Paralympics, it is claimed.

Focken told the German Disabled Sports Association that taking up the sport had initially been challenging, but has ultimately been successful.

“Choosing Para target shooting was the best decision I could make,” Focken said.

“Good results trigger feelings of happiness in me.

"Shooting is such a highly complex sport with so many processes.

“You must never be negative, you always have to accept the situation and pull something positive out of the negative.”

Focken is hoping to compete at the European Championships at Lasko in Slovenia, with the event due to take place in November.

He has been able to resume training at the SV Etzhorn club shooting range recently.

Focken had been forced to adapt his training at home due to the coronavirus pandemic.