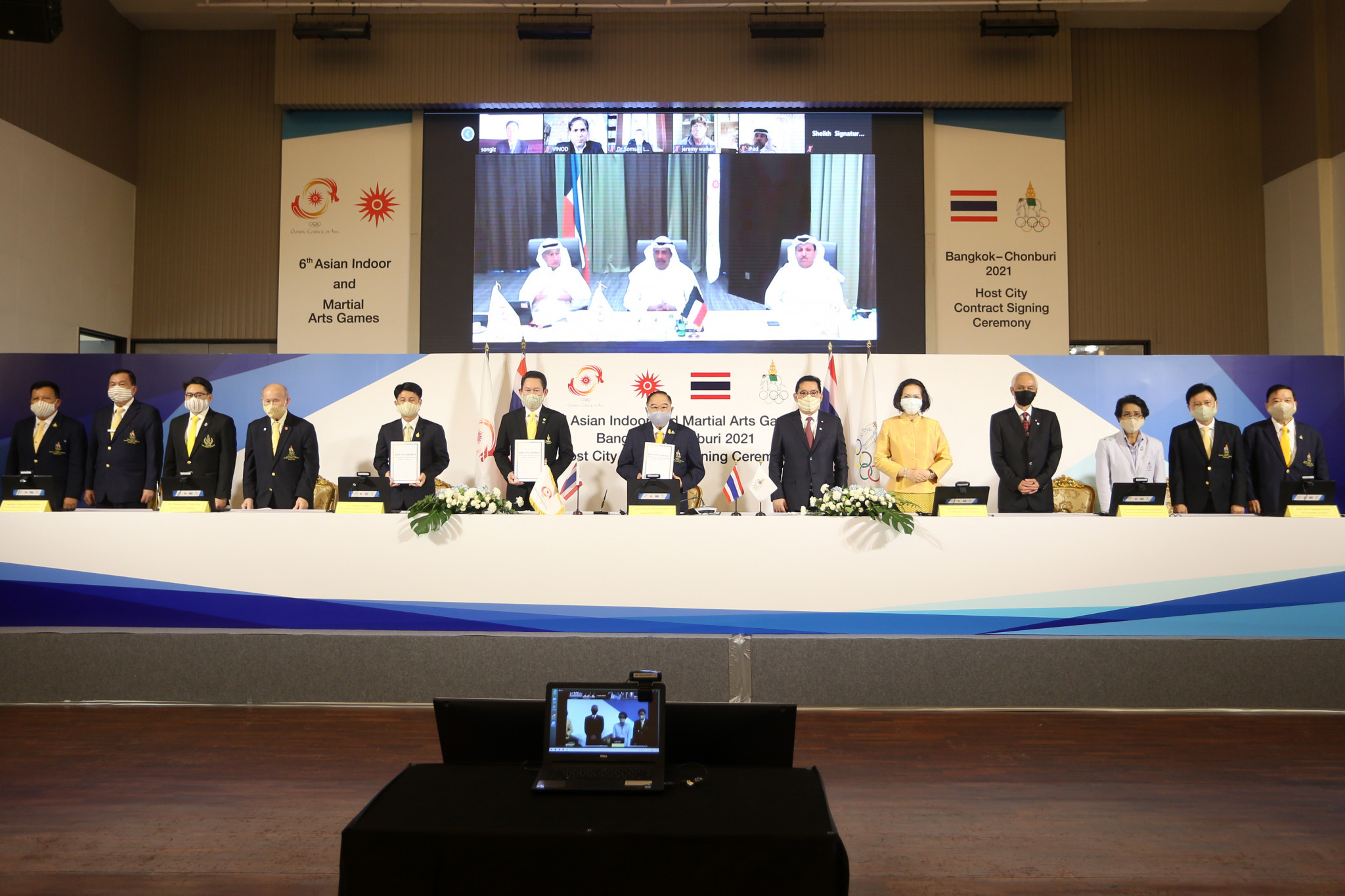 The Olympic Council of Asia (OCA) has officially signed the Host City Contract for the 2021 Asian Indoor and Martial Arts Games (AIMAG), which will be hosted in Thailand.

Bangkok and Pattaya in Chonburi province will share the sixth edition of the Games next year, when 24 sports will be on the programme.

It means the Games are returning to Bangkok, which hosted the first edition of the Asian Indoor Games in 2005.

The Thai capital was also the host of the Asian Martial Arts Games in 2009, before the two events merged in 2013.

The signing ceremony took place via video conference between the Sports Authority of Thailand in Bangkok and the OCA headquarters in Kuwait.

Due to the COVID-19 pandemic, the President of the OCA Sheikh Ahmad Al-Fahad Al-Sabah said it was disappointing that they could not sign the contract in person.

He wished good health to the King of Thailand, the Olympic Movement and the Thai people.

"We appreciate that the National Olympic Committee of Thailand and the Royal Government of Thailand have been a great supporter of the Asian Olympic Movement for many years and hosted the first Asian Indoor Games in 2005," he said.

"Thailand has always recognised the potential and the demand of these Games and, with their experience, we are sure they will be very successful in 2021.

"We are working together to continue our calendar, whatever the situation in the world, because this is our duty.

"I wish all success to the sixth Asian Indoor and Martial Arts Games next year - and thank you for your understanding that we cannot come to your beautiful country to celebrate the signing of the host city contract."

The contracts were signed and sealed in Bangkok, scanned and sent by email to Kuwait.

Here, they were printed out, signed by Sheikh Ahmad and returned to the Thai authorities.

The last edition of the Games in 2017 were held in Ashgabat in Turkmenistan.