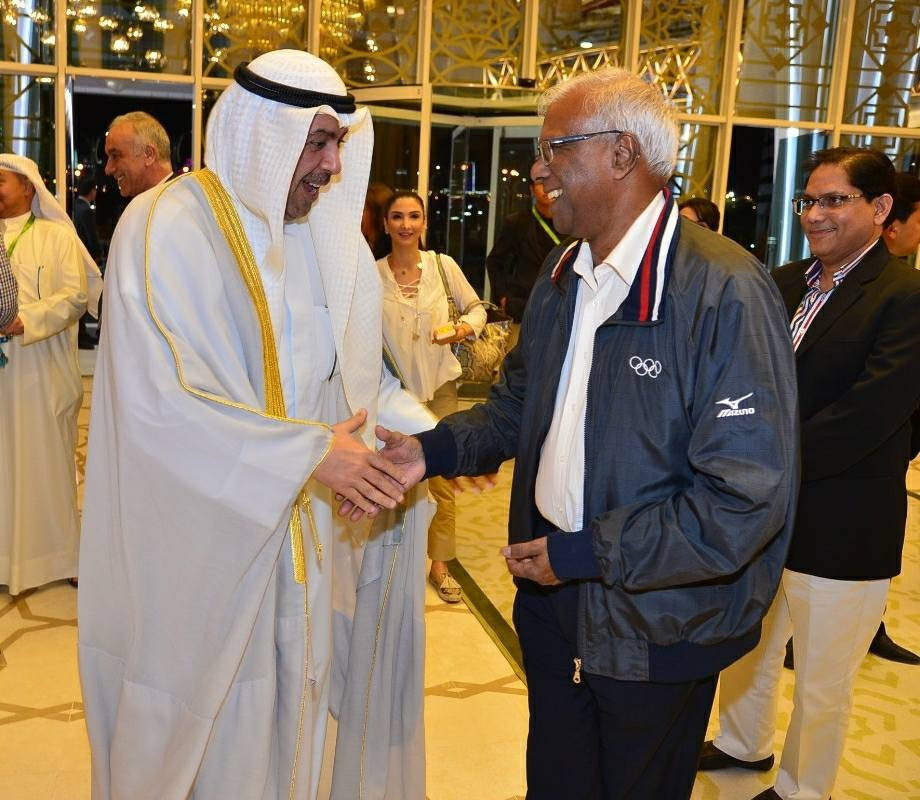 A total of 10 positive doping cases resulted from the 2017 Asian Indoor and Martial Arts Games (AIMAG) in Turkmenistan's capital Ashgabat, it was revealed here today at the Olympic Council of Asia (OCA) General Assembly.

Dr Mani Jegathesan, chair of the OCA Medical Standing Committee, confirmed the number during a report to the continental governing body's members.

He pointed out how it was in stark contrast to the 2017 Asian Winter Games in Sapporo, hailed as a "Clean Games" by the OCA in March of last year.

"They were quite similar in size in terms of competitors as well as in terms of anti-doping programme, but the results were very different," Jegathesan said.

"After the Sapporo Winter Games, we were able to declare a dope-free Games.

"There were no positive results at all.

"On the other hand, after the Indoor and Martial Arts Games, we had 10 positive results.

"This clearly shows the validity of the current context of risk rating among our different sports and, in fact, targeting sports according to their risk."

Jegathesan revealed that OCA President Sheikh Ahmad Al-Fahad Al-Sabah made a request at yesterday's Executive Board meeting for the Medical Committee and the Anti-Doping Commission to put together the results from the last 12 years in terms of the risk rating of sports.

"[This is so] that we can come up with more definite data that will help us in taking forward education as well as other programmes to reduce the number of doping cases in these high-risk sports," he added.

A final report on the 2017 AIMAG, which took place from September 17 to 24, was provided as part of the OCA General Assembly here today.

It came after Jegathesan had revealed the information on the positive doping cases.

As part of the report, Azat Muradov, secretary general of the Turkmenistan National Olympic Committee, reflected on the legacy of the Games.

He provided details about preparations for the 2018 World Weightlifting Championships, which Ashgabat is scheduled to host from November 1 to 10 at the Arena dedicated to the sport and built for the 2017 AIMAG.

Increasing awareness of anti-doping was said to be one of the priorities of the OCA at last year's multi-sport event.

An educational kiosk was set up at the Athletes' Village, forming part of the OCA's outreach programme that aims to teach young athletes about the dangers of doping and how mistakes can be made without the relevant information.

German company Professional Worldwide Controls was appointed to administer the drugs testing system here at the 2018 Asian Games in Jakarta and Palembang.

They will replicate the role they played at events including the 2015 European Games in Baku, the 2017 World Athletics Championships in London and the 2017 AIMAG.